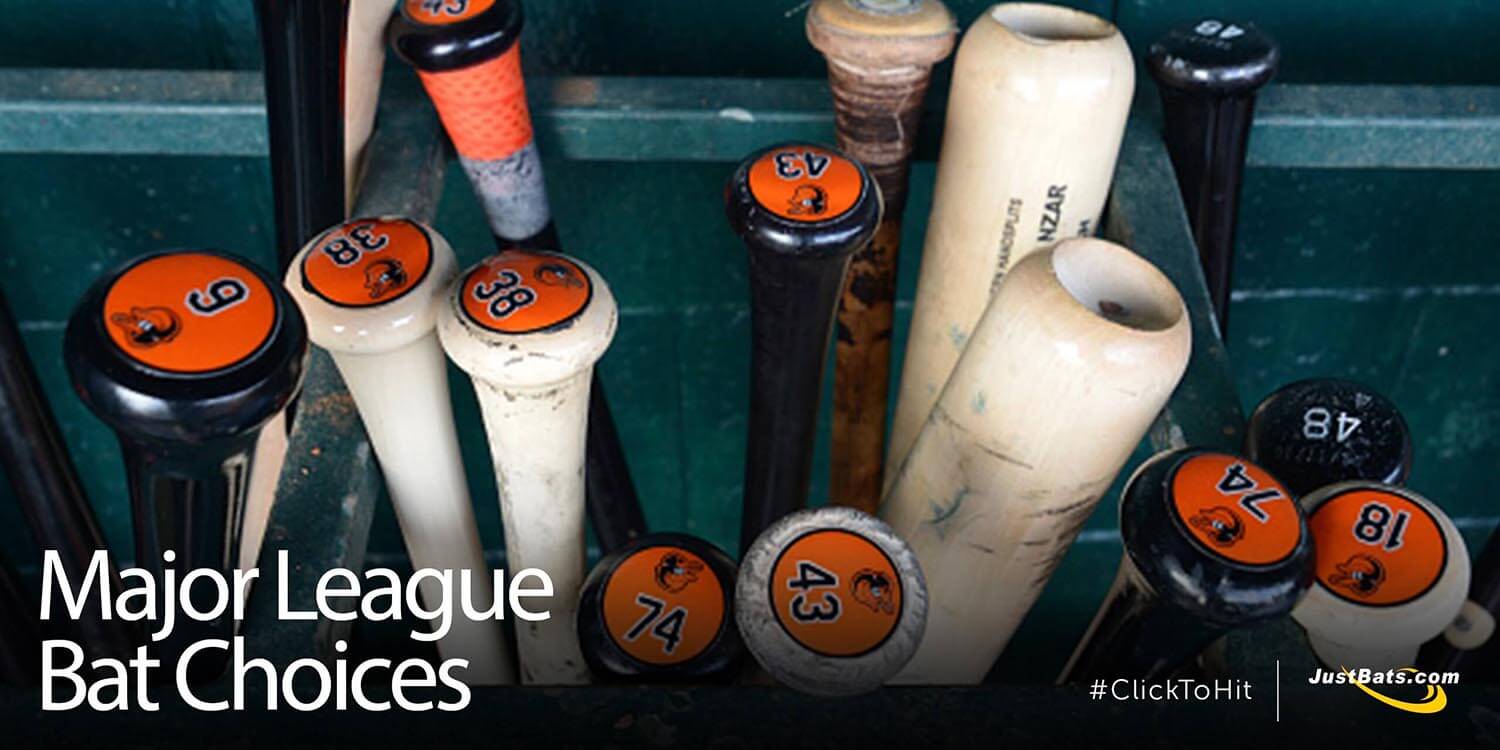 Baseball players who have reached the Major League level have spent years perfecting their swing. As younger players learning their craft, they had bats available that were constructed out of different materials designed to improve the quality of their hitting. Once they have obtained their goal of making a Major League roster their choice in selecting a high-quality baseball bat is narrowed considerably, and they must only use a wood bat.

Major League rule 3.02 stipulates the characteristics of bats that are approved for play. The bat is required to be a smooth, round stick with a maximum diameter of 2.61 inches and a length not to exceed 42 inches. It must be constructed from one piece of solid wood, usually using maple, ash or hickory. The end of the bat can be cupped with an indentation up to 1 and 1/4 inches in depth and a width of between one and two inches. The bottom 18 inches of the bat handle can be covered or treated with any substance or material designed to improve the grip… Bats failing to conform to these standards are not permitted in play and if discovered by an umpire during a game can lead to ejection of the player who was using the illegal bat.

Though the number of players in Major League Baseball represents a small percentage of the bat market, manufacturers desire the prestige of a Major Leaguer’s endorsement. Some players stick to one company and others will use bats from a variety of sources. In all cases, the drive is to find a high-quality baseball bat that will keep them at the top of their game and complement their swing characteristics. There are currently more than 20 manufacturers that produce wood bats that are approved for use by Major League Baseball.

There are no verified statistics kept regarding the number of players using bats from particular manufacturers, and as stated earlier some players use a combination of bats from different companies. That being said, Louisville Slugger has long been a favorite among the pros, and that tradition continues. Their main competitor from a volume perspective is Marucci which employs superstars such as “Big Papa” David Ortiz in an advisory role as they strive to better the product. Marucci has been gaining popularity among current Major League players. Chandler, Old Hickory, Sam Bat and Tucci Lumber are among the other companies producing bats for Major League use. Let’s take a look at some current stars and the bats they swing.

Louisville Slugger’s stable of pros includes the Orioles’ Chris Davis and the Reds’ Joey Votto. Both players favor the 35 inch, 32 ounce M356 model which is made out of ash. Washington Nationals’ first baseman Ryan Zimmerman swings a Louisville Slugger C353 maple bat that is 34.5 inches and 33.5 ounces. Other stars using Louisville Slugger sticks include Tampa’s Evan Longoria who hits with an ash bat and A.J. Pollock of the Arizona Diamondbacks who likes the P187 birch bat and uses one weighing 31 ounces. Many other current and former MLB players swear by Louisville Slugger. 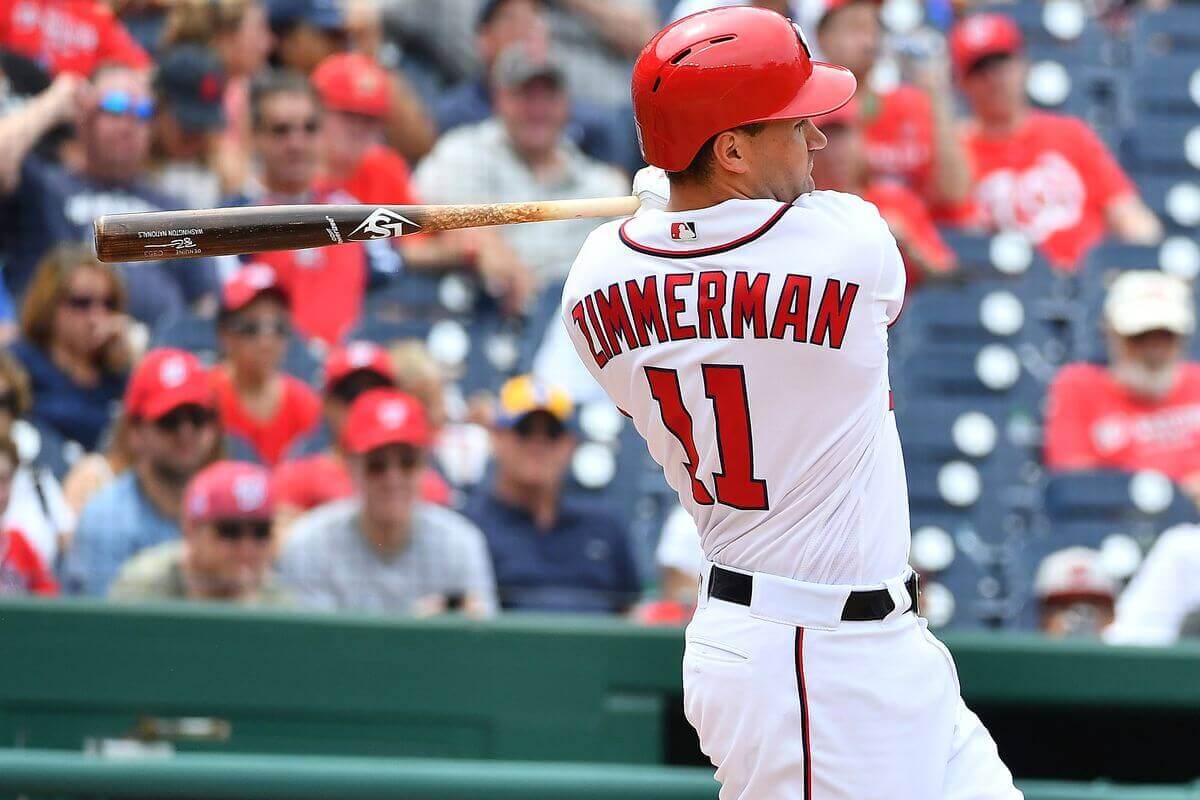 Yankee great Derek Jeter was one of those players. The perennial All-Star has also earned a singular distinction from the bat manufacturer. In honor of Jeter’s career-long, exclusive use of the P72, the company ceased production of the bat upon Jeter’s retirement. The well balanced and medium barrel ash bat was renamed the DJ2 in honor of Jeter so you can still obtain the same style and quality bat he used, only under a different name. Cal Ripken and George Foster are two retired players who also had favored this bat model.

Marucci is gaining a bigger share of the MLB player pool, and some players have invested in the company and use their products. Jose Bautista is one of these players and his bat flip following a home run in game 5 of the 2015 ALDS gave the company a big boost. The ‘M’ logo is visible in the bat flip clip which was played numerous times on news and sports shows after the series. Bautista currently uses the JB19 maple bat. Giancarlo Stanton uses both Marucci and Slugger bats, favoring the Marucci G27 to hit his moon-shots. Giants’ catcher Buster Posey has recently made the switch from Louisville and now grabs a Marucci maple bat when going to the plate. Albert Pujols, Carlos Beltran, and Bryce Harper also swing Marucci lumber with Harper also favoring bats made by Chandler. 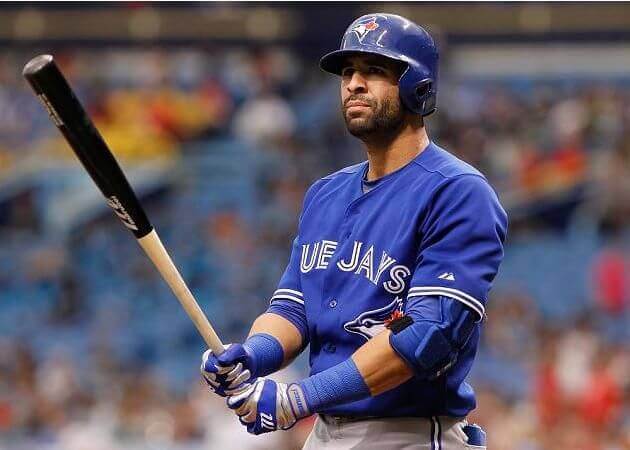 Aaron Judge of the New York Yankees broke the rookie home run record in 2017 by hitting 52 home runs. He also won the Home Run Derby at the All-Star game (see his Home Run Derby bat), and all those blasts were accomplished with a Chandler AJ99.2 maple bat. Bryce Harper has added a Chandler maple bat to his arsenal which also includes bats from manufacturer Sam Bat.

Sam Bat was the first company to produce an approved maple bat in 1997 and has a small core of loyal enthusiasts such as Robinson Cano, Jason Kipnis, and Miguel Cabrera. Barry Bonds broke the single season home run record with a maple Sam Bat. Major League players are not averse to experimenting in their search for a high-quality baseball bat, and that leaves the door open for other bat manufacturers to get their bats out there on the big stage. A prime example is smaller bat manufacturer Old Hickory which has only been around since 1999. Their bats are currently swung by such stars as Paul Goldschmidt of the Diamondbacks and the player many consider the best all-around player in the game LA Angels Mike Trout. Trout is very attached to his Old Hickory maple bat and has used it exclusively since 2012 to rack up some very impressive stats.

What bat brand does your favorite player swing? Feel free to leave a comment below letting us know your thoughts to start the conversation. Or, if you have any  baseball bat or softball bat related questions, our Bat Experts are available via phone at 866-321-2287, email at experts@justbats.com, or you can  click here to live chat. Don't forget, we're always here for you from click to hit!

Filed Under: MLB Wood Bats
Chat Us
You can compare a maximum of four items.
Please remove one item to add another.
Add up to 4 items to compare.
Show Comparison
ERRR