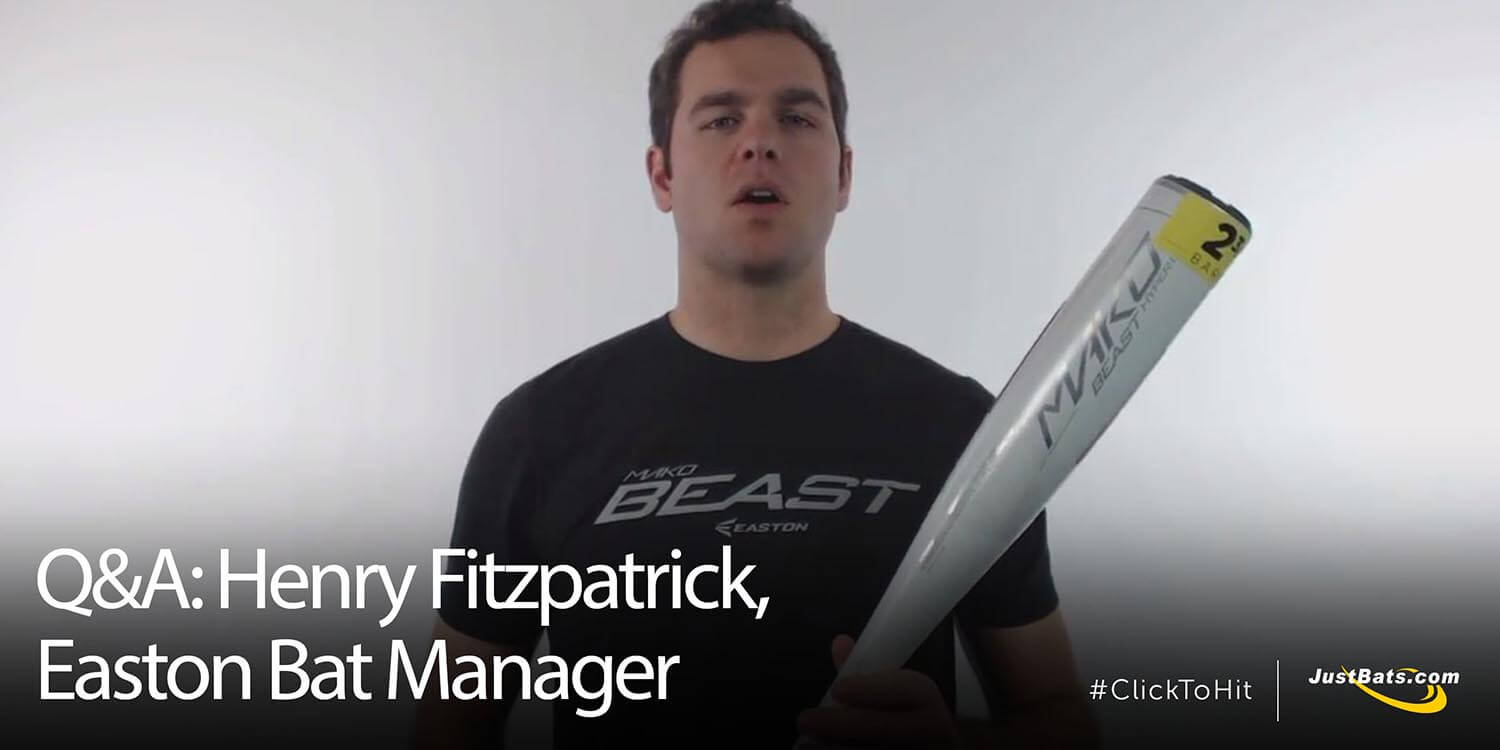 In 1972, Easton introduced the world to the first true aluminum bat.

Easton's history is littered with factoids that any company should boast. Their long-standing relationship with the Little League World Series, starting in 1922 and growing to the top position in the bat industry, and continuing to push the boundaries of innovation. This includes, of course, recent introductions of the Easton Lock & Load baseball bat and the Easton Ghost Fastpitch bat.

Recently, JustBats.com caught up with the wizard behind Easton's bat curtain: Henry Fitzpatrick. Since 2013, Fitzpatrick has overseen the bat category. During his time, Easton has taken giant steps.

How did you get started with Easton?

As an intern for the lacrosse division when Easton was dabbling in that sport. I played lacrosse, hockey, and baseball growing up, so Easton really appealed to me as a company out of college.

Their history is unrivaled. What Jim Easton did for the industry is pretty mind-blowing (outside of baseball, as well with Olympics, aerospace, etc). We have a wall of innovation here at the office that shows every significant bat innovation since the 70’s. It has, and always will be Easton that is the leading name in bats. 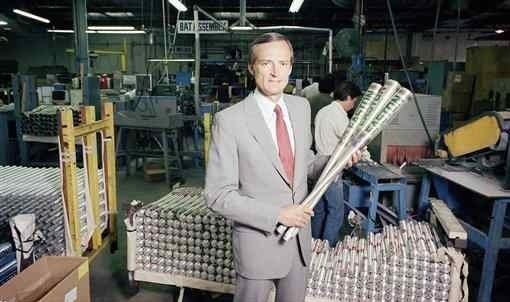 What enhancements to bats is Easton working on for future versions?

Composite bats are the most fun because there are so many different variations that you can do to make a good bat. Performance standards create boundaries, so you have to get creative in making a bat that players will want to swing.

What's your favorite part about working with JustBats.com?

It’s like going to ESPN for any sports news you need; when you need to find out anything about bats, it’s where you go. And they have the coolest office in the industry.

What's something about Easton that people may not know?

Probably the history. All started with arrows (they’re still all over the Olympics), John Elway / Joe Montana / Wayne Gretzky used to use Easton equipment. Sammy Sosa hit his 500 th homerun with an Easton bat.

Why should aspiring ballplayers use Easton?

I think across the board Easton has the best offering of equipment for players. Innovation and performance are the heritage of Easton, and we have the best collection of designers and engineers in the business. And hopefully, it’s a cool brand that kids associate themselves with.

What do you think of the USABat Standard rule?

It’s pretty polarizing. I’ve heard a lot of discussions and see both sides of the coin. At the end of the day, I think the game will be fine and adapt to any changes that result from the bat rule (just like -3 BBCOR bats in HS/College). I will say, as a manufacturer, it has been a monumental task to go through the change.

Everything you need to know about the USA Bat Standard.

Which celebrity would you love to make a custom bat for?

Hmmm, making a bat for Trump would be interesting. Being headquartered in LA, you see them (celebrities) from time to time, and you do see various bats in movies/shows pretty frequently.

A time machine takes you back to your youth. What bat are you going to tell your younger self to use?

OG Stealth Comp. Probably would have hit a few more over the fence.

What's the coolest thing you've ever seen working for Easton?

Who is your favorite ballplayer and why?

I was an early 90’s Blue Jays fan with Alomar and Joe Carter. Being from Colorado, I’m a Rockies fan, so probably Helton and now Arenado.

If you were a bat feature, what would you be and why?

The knob and grip. Not glamorous but essential. It all comes down to feel; if you don’t have that you’re toast. And good luck swinging a bat w/o a knob.

Thank you, Henry, for answering questions. If you have any Easton bats questions, please feel free to give our friendly Bat Experts a call at (866-321-2287). You can also shoot them an email at  experts@justbats.com or click here to live chat. Don't forget, we'll be here for you from click to hit!

Filed Under: Guest Posts, Profiles, Q&A
You can compare a maximum of four items.
Please remove one item to add another.
Add up to 4 items to compare.
Compare (0 of 4) Show Comparison
ERRR