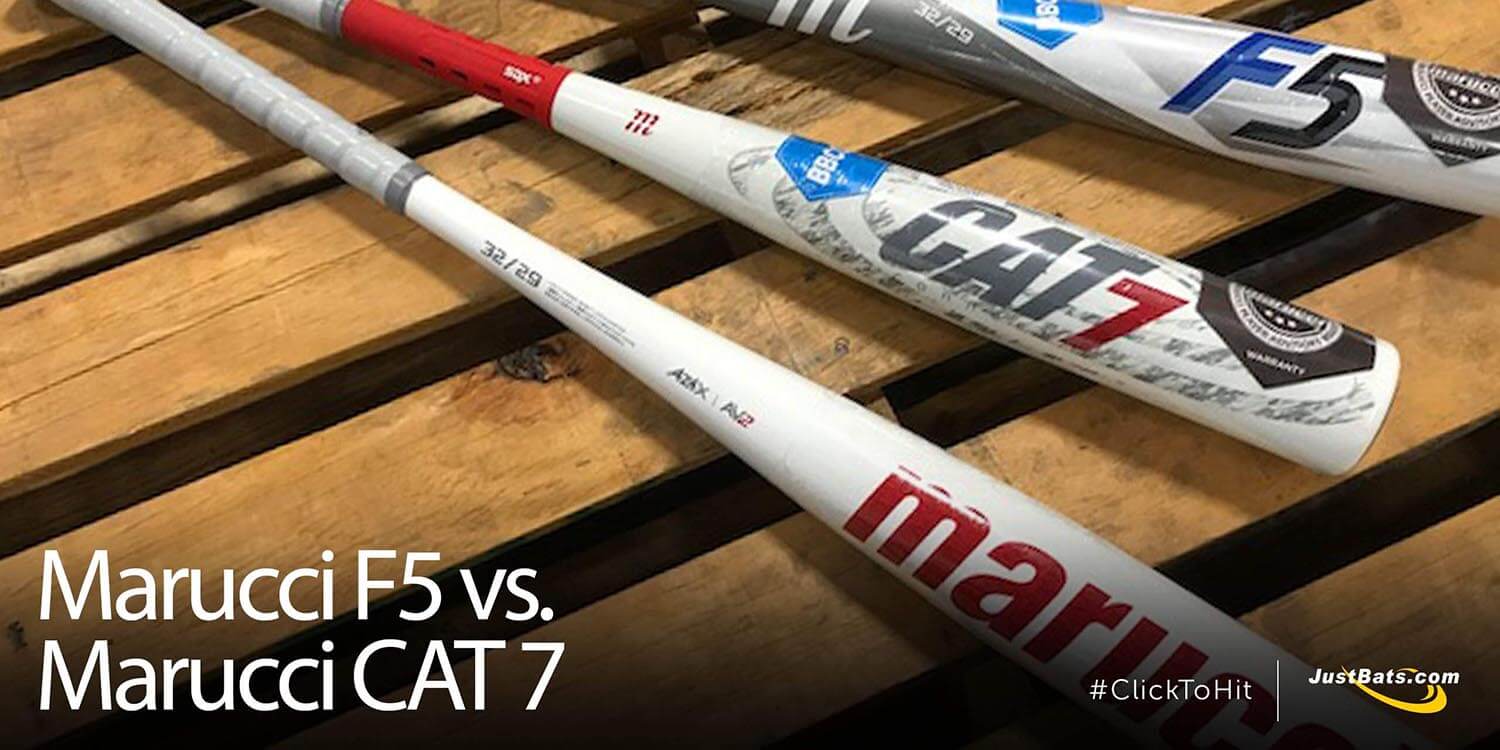 When Marucci introduced its famous CAT baseball bat series, they named it after hurricane categories. And the popularity of the CAT 5, CAT 6, and CAT 7 bats have wreaked havoc on plenty of baseball diamonds.

So, for the 2018 season, Marucci opted to name their new series after nature's most violent storms: an F5 tornado. Much like the CAT series, the Marucci F5 has taken the baseball world by...umm...storm. But, what's the difference between the two popular Marucci bat series? JustBats.com dives into the storms to deliver some clarity.

For the 2017 season, Marucci complemented their CAT 7 series with a CAT 7 Connect model. The bat was only available in the BBCOR category, but it delivered some notable features that the standard CAT 7 did not. Marucci's goal was to create a new bat whose main differentiator was a paint job. 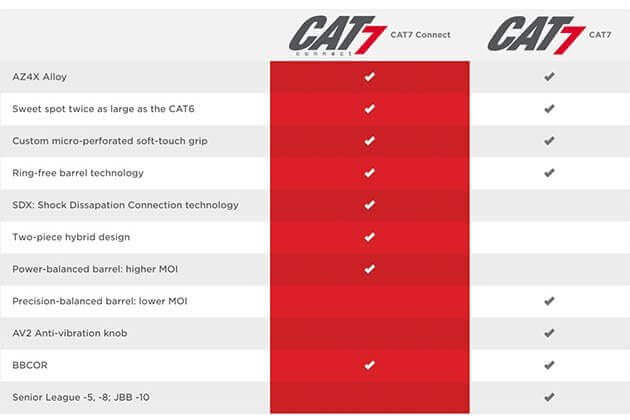 Mainly, by making the Connect model a two-piece, hybrid design rather than the standard CAT 7's one-piece design, Marucci made a more powerful model for the BBCOR crowd. The CAT 7 Connect shares similar attributes to the DeMarini RAW since they're both two-piece hybrid bats featuring an alloy barrel, composite handle, and an end-loaded swing weight design. The difference between those two bats? Marucci CAT 7 Connect uses the new AZ4X alloy.

In fact, the whole 2017 CAT 7 line is built of AZ4X alloy, the strongest and most responsive metal in the Marucci arsenal. The increased strength and response rate allowed a barrel design with up to seven variables of wall thickness without any internal rings. By accomplishing this, Marucci was able to double the sweet spot on the CAT 7 from 2016's CAT 6 models.

Which lands us back to an important question: What's the difference between the CAT 7 and the F5?

The difference is that the 2017 Marucci CAT 7 Connect bat utilizes AZ4X alloy, as we've discussed. Meanwhile, the 2018 Marucci F5 BBCOR bat uses standard alloy. Regarding differences between the convential CAT 7 BBCOR bat and the F5, they are both one-piece alloy baseball bats that offer a balanced swing weight. The main difference is the F5 provides a custom micro-perforated soft touch grip that improves comfort and control. Additionally, the colorway of white / gray / blue deviates away from the red / white colorway of the CAT lineup.

Read the bat review on the Marucci F5 baseball bat.

To learn more about each of these three bat models, click on the bat images. Note that the CAT 7 comes in Senior League and Junior Big Barrel models too:

Have you swung any of these popular Marucci bats? What did you think? Let us know if the comments below.

Don't forget, if you have any Marucci baseball bat or BBCOR bats related questions, we're available. You may reach us via telephone at 866-321-2287, email at  experts@justbats.com, or you can click here to live chat. Remember, we'll be here for you from click to hit!

Filed Under: BBCOR Bats
You can compare a maximum of four items.
Please remove one item to add another.
Add up to 4 items to compare.
Compare (0 of 4) Show Comparison
ERRR