All About Victus Bats 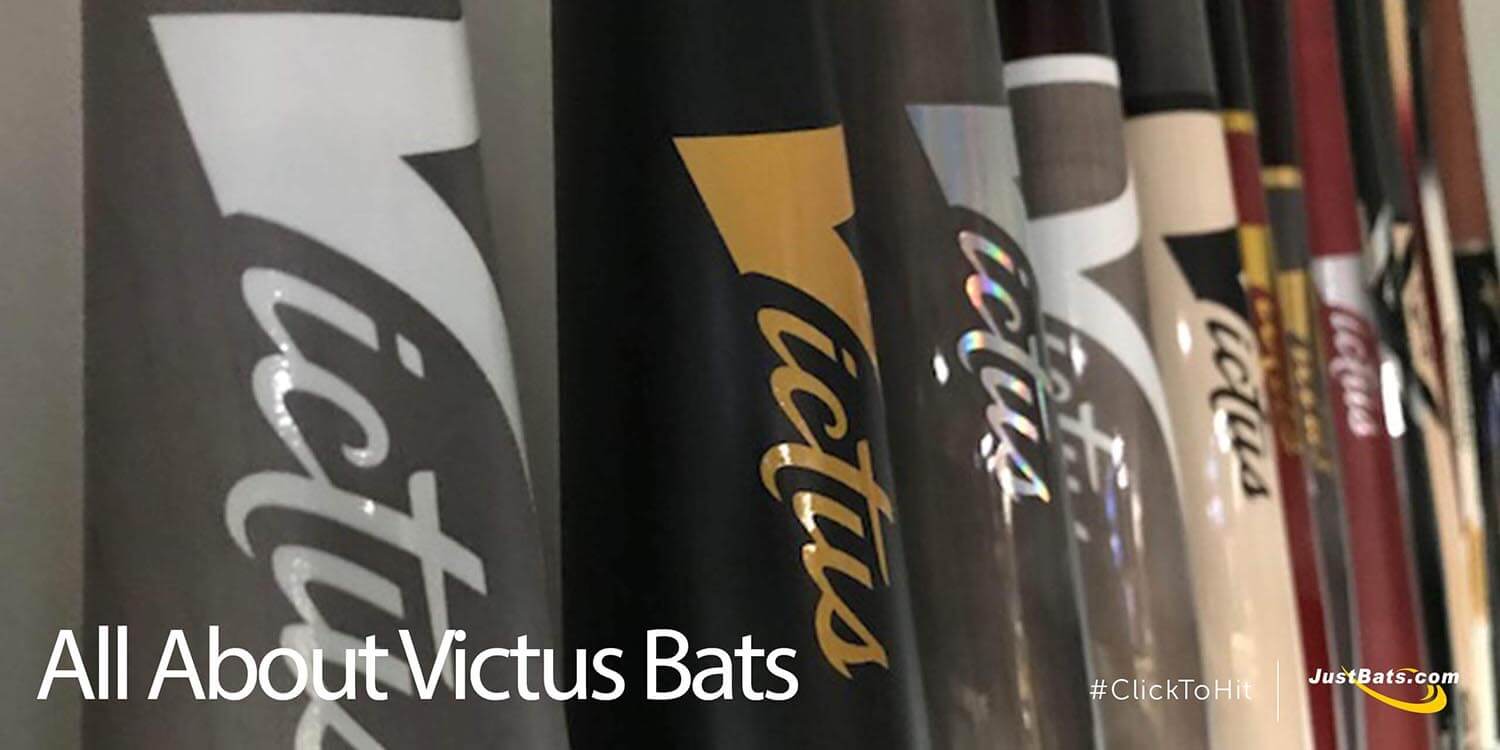 Jose Altuve, Carlos Correa, and George Springer--among others--spent most of the 2017 season swinging Victus bats. The exposure of the 2017 baseball champs using the bats has made Victus a popular wood bat model since October; almost as much attention as Chandler Bats received when Aaron Judge won the Home Run Derby.

Given all the attention, JustBats.com highlights all the essential things to know about Victus bats.

Founded in 2015 in King of Prussia, Pennsylvania, the Victus creators had a simple mantra; they wanted baseball to be their life.

Wood bat makers Jared Smith and Ryan Engross, along with the help of Gregg Balin, quit working their dead-end jobs and focused on their mantra. Using the best ash, birch, and maple bats they could make, Victus grew into a Big League trusted bat manufacturer. Smith, Engross, and Balin obsessed over quality, attention to detail, and a "taste for useful innovation in every swing."

It all paid off.

In 2017, Victus joined forces with Marucci Sports. Much like Marucci grew out of a Baton Rouge backyard, they noticed the same tenacity and strive for innovation in Victus. As Marucci CEO Kurt Ainsworth said, "Victus will energize Marucci to continue to be a disruptor in our industry, and Marucci will accelerate Victus' growth into all product categories."

In Spring Training 2017, Marucci Sports visited the Houston Astros. Marucci has become popular among MLB players, since the company is partly owned by Major Leaguers, such as Albert Pujols and Jose Bautista. But, a major reason for Marucci jumping from 4% share of the majors in 2006 to 41% of MLB players swinging Marucci in 2016 is the bat-making process. Marucci resources wood harvested in Amish country and aggressively rubs bats with giant cow femurs to make the surface more resilient to direct force.

So, when Marucci partnered with Victus, the Big Leagues were a natural step away. Victus, meanwhile, designs bats with knobs tapered like the handle of an ax. Axe Bats is similar with its bat knob. However, Victus specializes in wood bats, whereas Axe doesn't have a lot of wood offerings.

After the Spring Training meeting with the Astros, Victus was set to permeate the Astros batting cage. As George Springer stated after he swung Victus for the first time, "I loved how it felt."

Ready to try Victus bats? The most popular models, according to JustBats.com customers, are:

This popular limited edition design for MLB Players Weekend uses a slightly flared knob and balanced swing weight. This is the bat model used by the Astros during Players Weekend.

Recommended for contact hitters, this bat uses a textured matte finish that gives off a sleek look and unique feel.

And, of course, if you haven't seen Gary Sanchez' famous "Kraken" bat, read what WhatProsWear.com said about the bat used in the Home Run Derby.

If you have any Victus bat related questions, we're available. You may reach us via telephone at 866-321-2287, email at  experts@justbats.com, or you can click here to live chat. Remember, we'll be here for you from click to hit!

Filed Under: Wood Bats
Chat Us
You can compare a maximum of four items.
Please remove one item to add another.
Add up to 4 items to compare.
Show Comparison
ERRR