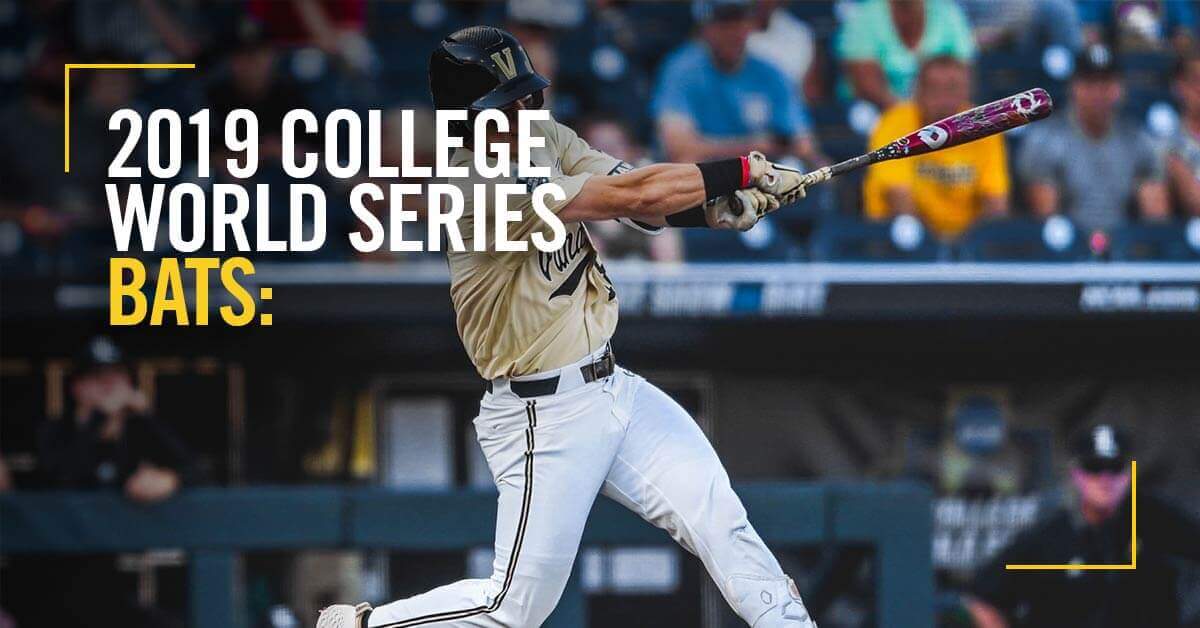 The College World Series (CWS) is an incredible event. Hosted right in the heart of America at TD Ameritrade Park in Omaha, Nebraska, eight of the best teams in the country battle it out in a double-elimination tournament with the victor being named The National Champion. And while the fortunate few will continue into the professional ranks, most players will not be so lucky. In reality, it very well could be the last time they ever put on the uniform. As a result, the event is loaded with emotion and is showcases baseball at its purest form.

As this year’s College World Series comes to an end, we wanted to provide some insight into the bat selection we saw across the college game. The National Championship (Best of 3) Series pits The Michigan Wolverines against The Vanderbilt Commodores. Both teams swing exclusively DeMarini Bats. However, we also saw Easton, Louisville Slugger, Marucci, and Rawlings models prevalent throughout the entire tournament.

What makes the DeMarini BBCOR bats used by both Vanderbilt and Michigan so fascinating is that the players have seemingly gravitated to one bat in particular. The DeMarini Voodoo. We have seen a few CF Zen’s and another bat called The Goods, but almost every player is swinging some form of the DeMarini Voodoo. The same bat that the first overall pick in the MLB Draft, Adley Rutschman swung to the tune of .411/.575/.751 and 17 HRs in just 57 games. 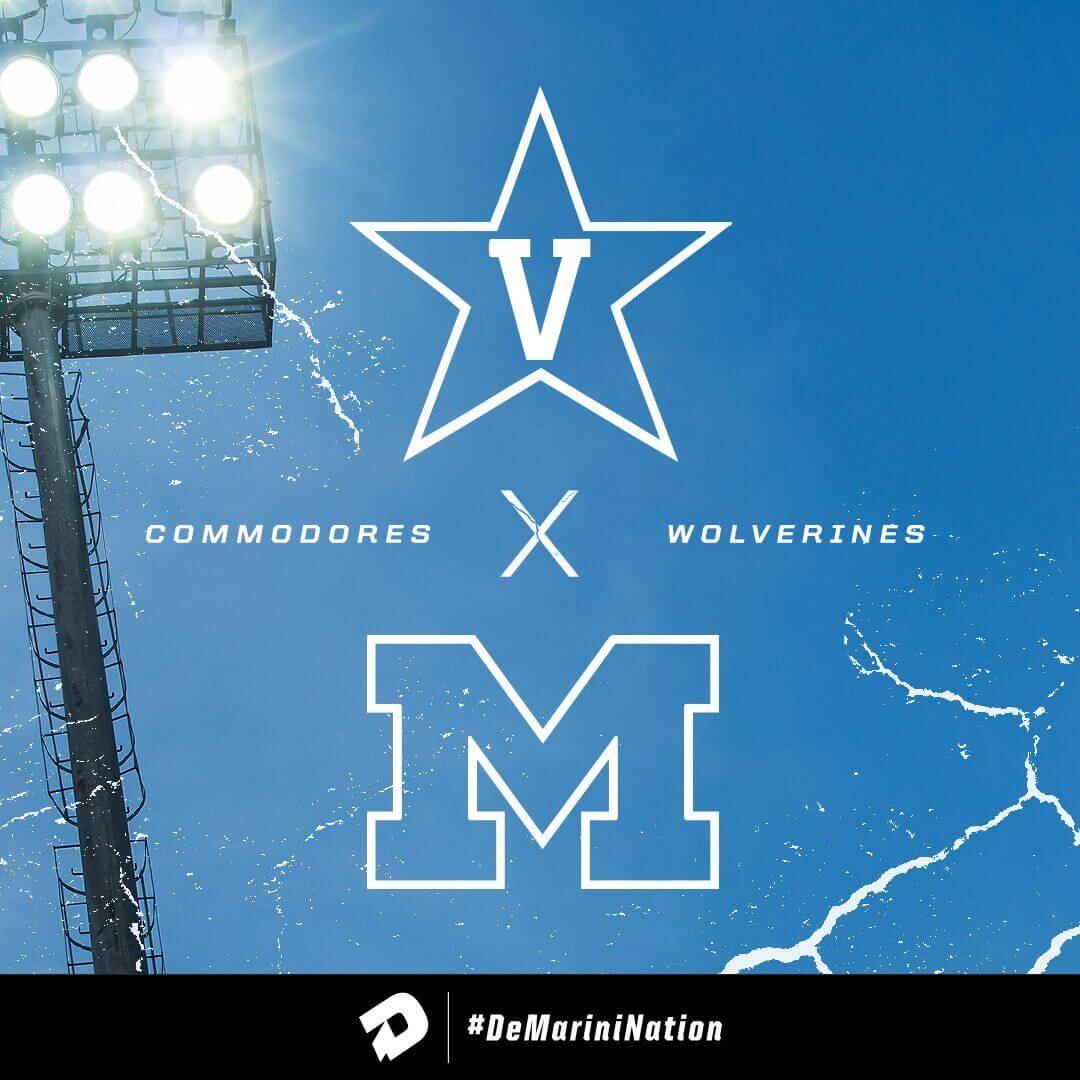 Now there are two options in this line, the Voodoo One (one-piece alloy) and the Voodoo (two-piece hybrid.) The commonality between these models is the alloy barrel. Generally speaking, alloy barrels will be stiffer on contact to allow a player to drive through the ball. One-piece alloy bats, like the Voodoo One, will be the stiffest bats on the market. As a result, most power hitters prefer this particular construction.

The biggest negative of a one-piece alloy baseball bat is the vibrations, or “stingers” felt on contact. To combat this, bat companies will often release a two-piece hybrid model. A hybrid baseball bat, like the Voodoo, will utilize an alloy barrel for the hot-out-of-the-wrapper stiffness and a composite handle to help alleviate those negative vibrations. 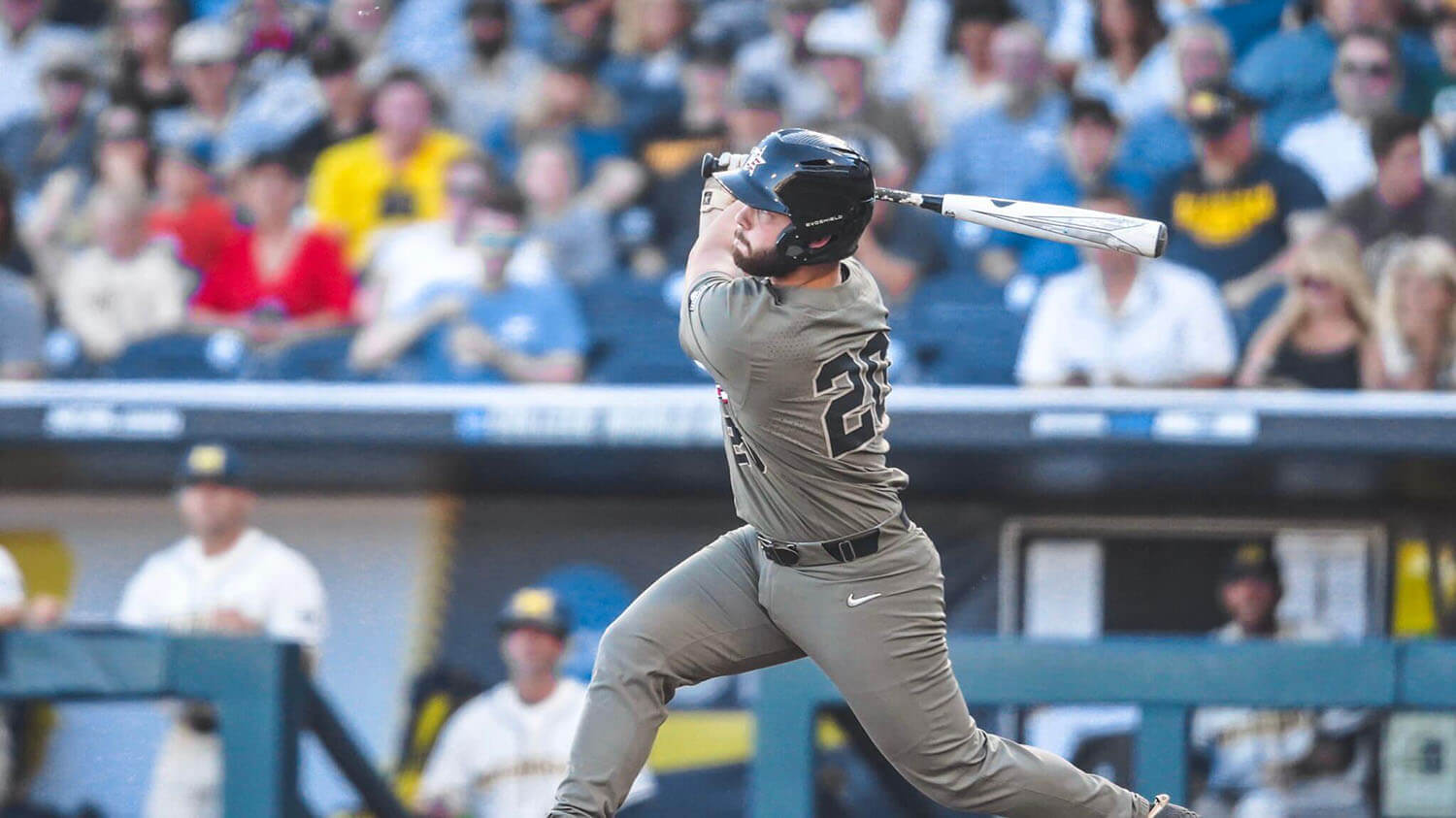 There has been a noticeable shift in the BBCOR bat selection, at the college level, over the past decade. For years, composite bats were the top priority among all hitters. Once broken-in, composite models would provide elite performance with amazing comfort. It was a no-brainer.

However, bat companies continue to innovate and the players are getting both stronger and smarter. Players are now seeking out bats like the Marucci Cat 8, the Rawlings Velo, or the Louisville Slugger Solo. These one-piece alloy bats are allowing them to show-off their power at an amazing clip. Both Michigan and Vanderbilt are averaging over a home run per game this season. For clarity, this is not the same game it was back in the ‘80s and ‘90s when players were essentially hitting golf balls with tennis rackets. No, these are BBCOR bats built to perform similarly to wood models. 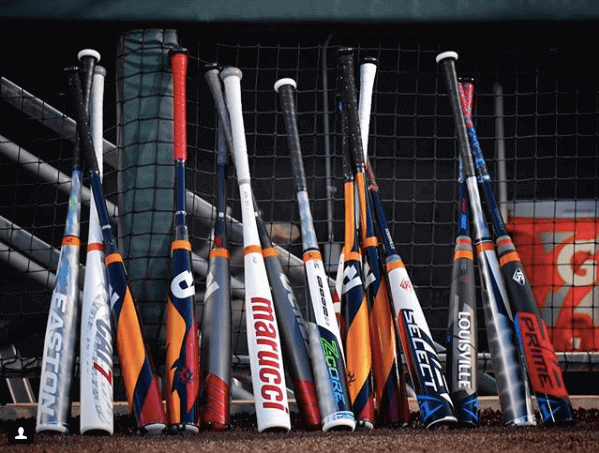 Image via: What Pros Wear

What about Composite BBCOR Bats?

It is interesting to see a major decline in the use of composite bats at the college level, however, the usage of composite bats in the high school game remains rather consistent. One major reason for this that high school players are not nearly as physically developed as a college player, and specifically a Division l, starting-caliber player. Therefore a high school player will likely not see the same returns from an alloy bat that a college player would.

Another reason for high school players to continue to seek out composite bats is the flex felt on contact. Smaller, contact hitters tend to prefer a bat that flexes. This flexing action creates a very smooth swing all the way through contact and requires less strength to see batted-ball benefits. So often times a younger player will gravitate towards these multi-piece models.

The final reason is swing comfort. A composite bat is constructed by inter-twining a bunch of carbon microfibers together. These microfibers, along with a rubber connection point, ground vibrations before they ever reach the batter’s hands. This can be especially beneficial for less-skilled players that may not find the sweet spot each time they swing. As a result, they will still feel a fairly comfortable swing even if the ball is hit off the end of the bat or down by the handle. 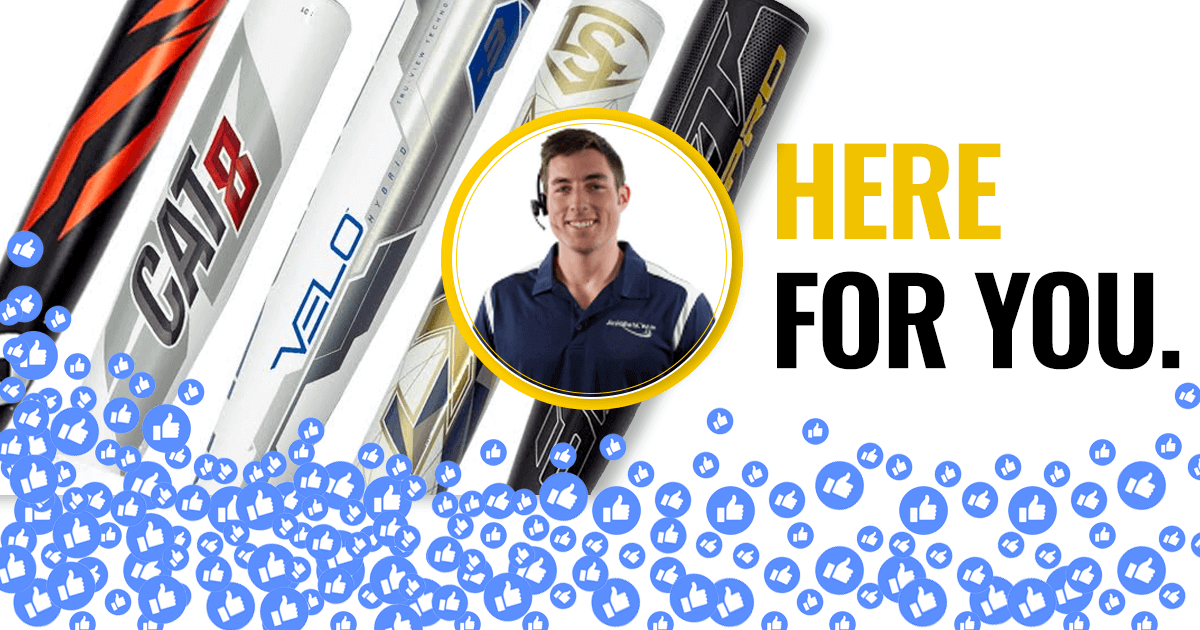 There is no ‘right’ or ‘wrong’ when it comes to the bat you choose. The biggest key is to be swinging a bat that you or your player is comfortable with. Finding the right swing weight, material, and construction will all factor into determining a quality bat for you. And luckily for you, you do not have to go through this alone. JustBats.com was built by ballplayers, for ballplayers. We love the game and we would love to help get you the perfect bat. So if you need any help, give us a call, shoot us an email, or just stop by and chat. We would be more than happy to help assist you with any of your baseball needs!

Have you been watching the College World Series? Which bats have you seen? Comment below and let us know.

If you have any college baseball bats questions, please give our Bat Experts a call at 866-321-2287 , send us an email at  experts@justbats.com  or click  here to live chat with our bat experts. And remember, we are always here for you from Click to Hit!

Filed Under: BBCOR Bats
You can compare a maximum of four items.
Please remove one item to add another.
Add up to 4 items to compare.
Compare (0 of 4) Show Comparison
ERRR