If you're in the market for a new fastpitch bat, watch and learn how to choose the perfect one from former Division I coach and National Pro Fastpitch National Champion, Carie Dever-Boaz. Dever-Boaz has a wealth of knowledge to share with you from her years of experience as a player and a Division I coach. If you have any questions or suggestions, feel free to contact us via JustBats.com Facebook or Twitter Page. E-mail: support@justbats.com Toll Free Telephone: 1-866-321-BATS (2287)

Hi. I'm Carie Dever-Boaz, and I'm here for JustBats.com. And a little bit about myself is I, obviously, played in the College World Series four years in a row. Played at Fresno State University. I was a pitcher third baseman. And went directly into coaching, started in high school and travel ball. Said I'd never coach college. Spent sixteen years in the SCC and in the ACC. Finished up my coaching career with two years in the Pro League. And capped it off with winning the World Championship in 2007 with the Washington Glory. And a lot of people come to me, a lot of times, to ask, "How do you choose a bat?" And that's the $100,000,000.00 question. There's no exactly right way to do it. But if I was advising my daughter or a team that I was coaching, there's a lot of things to take into your thought process. First, obviously, is you want to make sure that you can control the bat. You want to have great bat speed to hit the ball as quickly as you can 'cause the fielders are fielding the ball. So you got to think about length. And all girls come in all different sizes, so there's not a bat that just fits for ten-year-olds or twelve-year-olds. And then that also takes you to the weight of the bat. You want to make sure that weight of the bat does not allow the head or the barrel of the bat to drop down through the zone so that they're getting under that ball. Yet you want it to have a good enough weight in it that they can actually get some pop behind it. When you're dealing with younger kids, I like something that's light, that's short, that they have great bat control. When you're dealing with some of your power hitters, when you start talking about your Crystal Bustos, obviously, those ounces are gonna matter because you're trying to hit it over a 220-foot fence. But in the length of it, you know, you can take the kid's hip and kinda get that bat up towards that hip to where their hand's naturally hanging down to where they can grab the grip. It's not coming up too high, too low. And when parents are thinking about making a car payment, you know, you've got to take into consideration how much is my kid gonna grow? And not really think about trying to buy a bat for a two- to three-year basis. If you can get a good year, year and a half out of a bat, you're gonna make a great decision. And I believe, you know, if you put all the bats out there and just let kids swing 'em without any brands or anything on there that they would then choose that best bat. Sometimes brand loyalty's a tough thing to get over. And I think finding the best one to create the best ball speed or exit speed off that bat is the way to go. The next time you're in the market for a bat, check out JustBats.com. They're the great place for selection and customer service. See you all later. 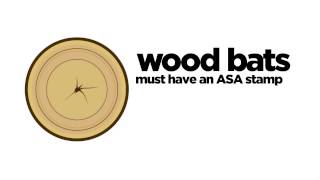 Watch to ensure your bat is approved for play in ASA, USSSA, and NSA fastpitch s... Read More 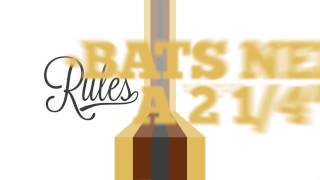 Watch to ensure your youth bat is approved for play in Babe Ruth's 12U Cal Ripke... Read More 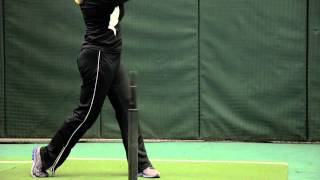 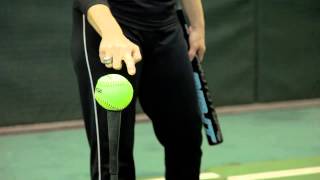