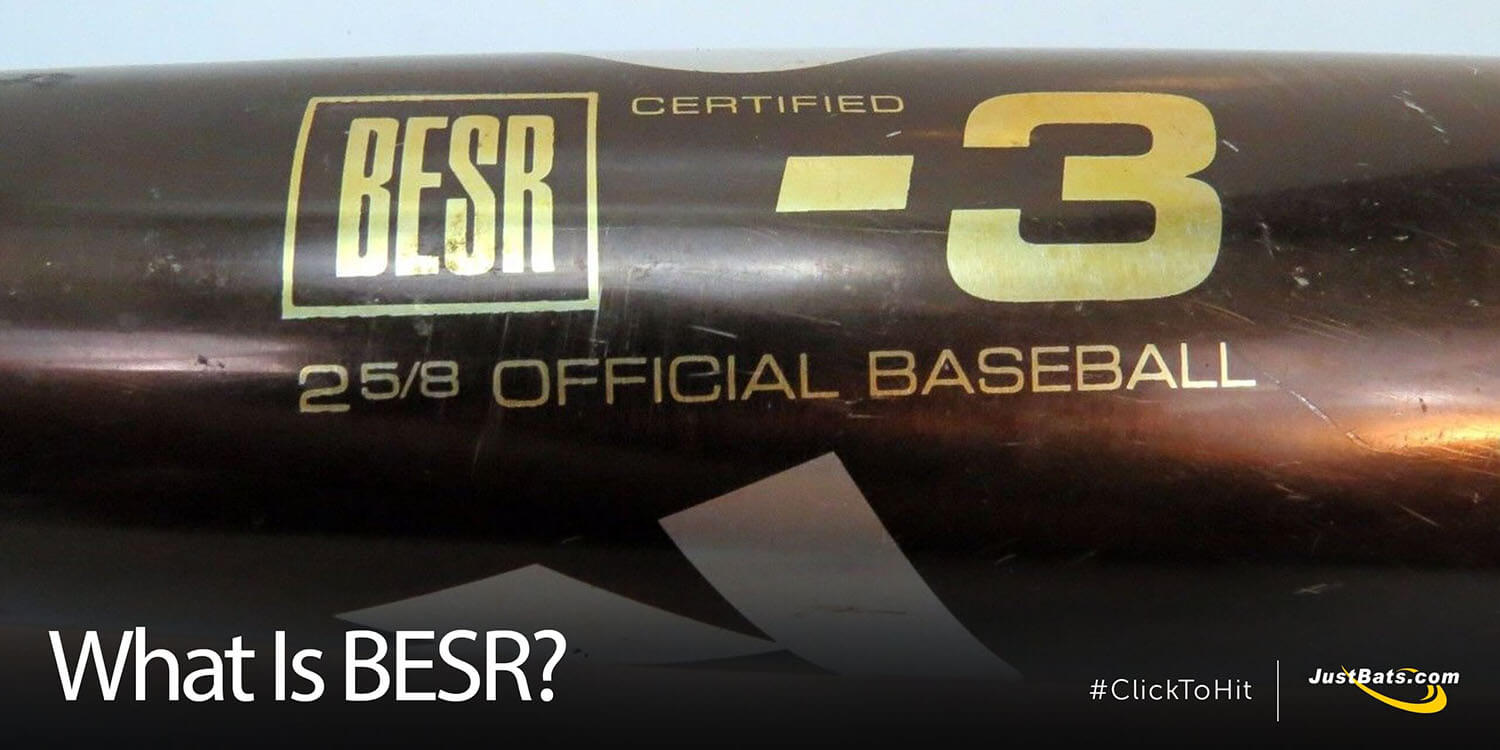 Currently, youth bats are undergoing a similar change with the USA Bat Standard. New youth bats approved for USA Baseball's new bat standard were released in September 2017, and the new rule goes into effect on January 1, 2018. But, this isn't the first rule change that bats have seen.

On January 1, 2012, all high school and collegiate level baseball bats had to meet the BBCOR standard. This was a new bat standard to test bats and came about for a number of reasons, but mainly safety and because of bats like the Easton Stealth. BBCOR effectively replaced the BESR Certification. JustBats.com reviews what BESR is and what it entailed.

What was the BESR Certification?

Ball Exit Speed Ratio (BESR) was the former bat standard that governed adult baseball bats. After composite barrel adult baseball bats were banned by the NFHS and NCAA in 2010, bat manufacturers were allowed to apply for a waiver for certain baseball bats. To receive this waiver, their baseball bats had to undergo Accelerated Break-In (ABI) testing. This procedure tested composite baseball bats after they had broken-in to ensure they were not too hot for play. Bats that received the waiver were able to be used in high school play across the country (including California) in 2011.

So, BESR did not regulate batted-ball speed. Instead, it required that non-wood bats had a ball-exit-speed-ratio (BESR) equal to or less than the value for a high quality wood bat of the same length.

What did BESR measure?

The rule required that all non-wood bats have a maximum exit speed of 97 miles per hour (under a set of laboratory conditions) and they have met moment-of-inertia requirements, as well as a maximum diameter of the bat and a minus-3 differential between the length and weight of the bat. The rule was later amended to include wood bats too.

Each bat had to pass testing in the Baseball Research Center at the University of Massachusetts - Lowell. Founded in 1999, the school still serves as the epicenter for sports engineering to help Sports Leagues and Associations and Sporting Goods Manufacturers advance the scientific understanding and state of the art of sports equipment.

When was the BESR Certification applicable to bats?

The BESR certification mark adorned all non-wood adult bats from January 1, 2003, through the end of 2010. BBCOR is the new certification.

What are the highlights of the BESR bat rule?

This depends on who you ask. But, without a doubt, BBCOR helped set the stage for some of the most popular bat series, such as Easton's MAKO, Marucci's CAT, Louisville Slugger's Omaha, and COMBAT's MAXUM. While athletes that used BESR bats still remember their powerful bats, BBCOR has helped to introduce new bat technologies and lineups.

Do you still have a BESR bat? What was your favorite BESR bat? Let us know in the comments below.

If you have any BBCOR bat related questions, we're available. You may reach us via telephone at 866-321-2287, email at  experts@justbats.com, or you can click here to live chat. Remember, we'll be here for you from click to hit!