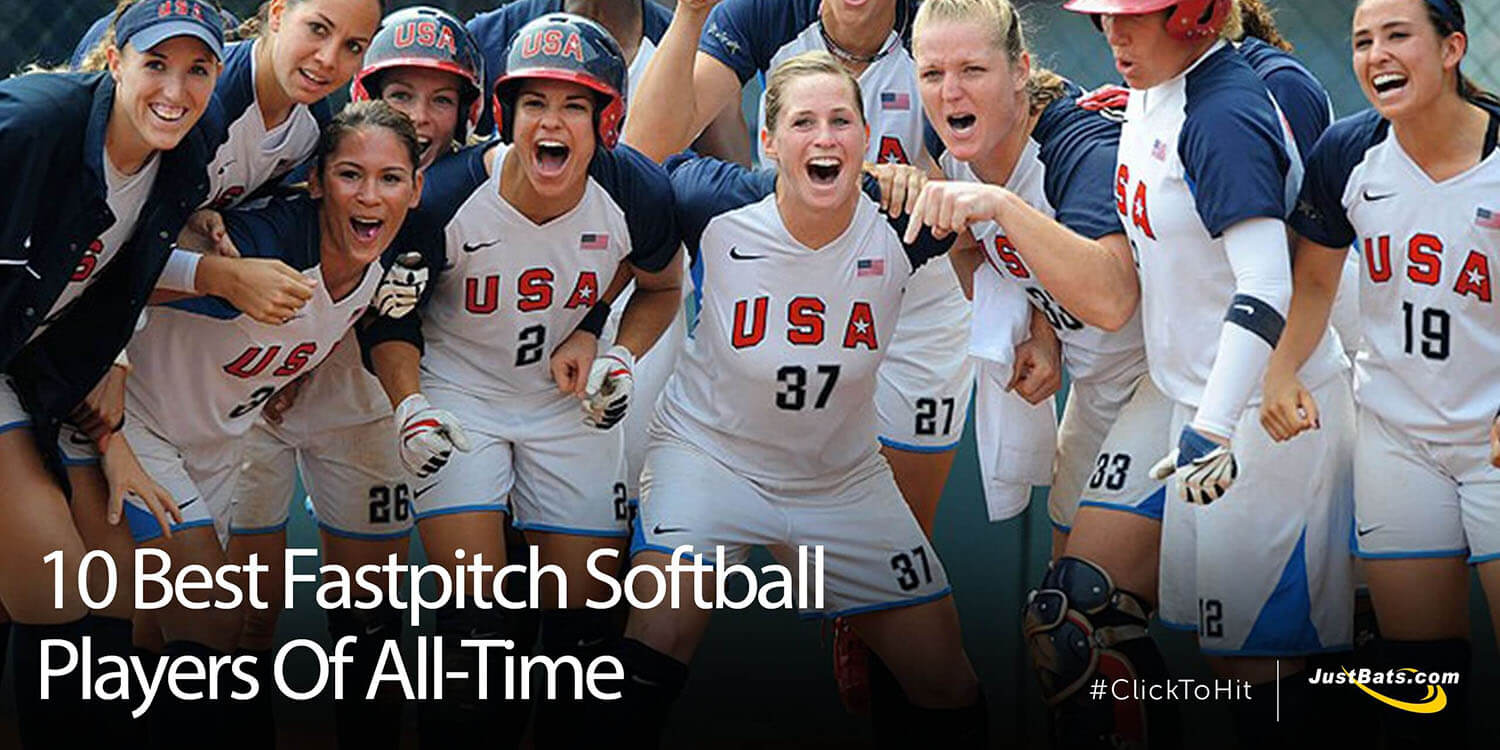 Do you know the top Fastpitch softball players of all-time?  For a sport that has been played in the United States since the 1930s, Fastpitch's popularity has only recently continued to grow. And, while there are still some men's teams, the sport is primarily female.

Fastpitch softball will be included in the 2020 Olympics, and more than 295 teams exist through Division I colleges and universities. With such a history and popularity, who are the top 10 Fastpitch softball players of all-time? JustBats has the answers. 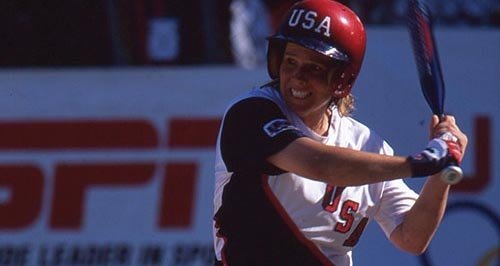 A current physician and coach of Liberty University's softball team, Dot Richardson is the epitome of Fastpitch softball. The four-time MVP of the Women's Major Fastpitch National Championship, Dot owns two Olympic Gold Medals for her time as the shortstop for team USA. Dot was always considered a top athlete, as she became the youngest player ever to play in the ASA Women's Major Fastpitch National Championships in 1975 when she was only 13 years old.

Like Dot, Lisa Fernandez attended UCLA. However, Lisa collected three gold medals for Team USA and as the team's pitcher she even set an Olympic record when she struck out 21 batters in a game. Fernandez led UCLA to two NCAA Women's College World Series titles, won the Honda-Broderick Cup, and was a three-time winner of the Honda Award, which is presented to the nation's best softball player. Fernandez is currently an assistant coach for the women's softball team at UCLA. 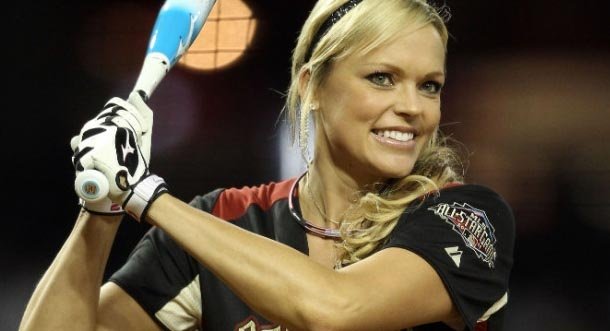 Have you heard about Jennie Finch? The most recognized Fastpitch softball player, Finch's gained notoriety in the sports world when in the 2004 Pepsi All-Star Softball Game, she struck out Albert Pujols, Mike Piazza, and Brian Giles. The University of Arizona alum still ranks in several categories for NCAA softball statistics and was described by TIME magazine as "the most famous softball player in history."

This left-handed softball pitcher from the University of Texas still claims the NCAA Division I records for strikeout ratio (14.34), WHIP, and perfect games (seven). Cat Osterman owns an Olympic gold medal, and her professional career included striking out 24 batters in her pro debut, becoming only the second pitcher to win the pitching Triple Crown, and pitching five no-hitters in her NPF career.

Somewhat controversial, since Harding's MVP performance that helped UCLA win the 1995 NCAA women's softball championships was vacated after scholarship violations. Regardless, Tanya Harding competing for Australia in four straight Olympics and was ranked in the top five pitchers in the world for over a decade.

Are you looking for a softball trailblazer? Mendoza became the first female broadcaster in the booth for ESPN's College World Series and Major League Baseball in 2015. The former Stanford Cardinals holds numerous NCAA records, was a four-time First Team All-American, a member of the United States women's national softball team from 2004 to 2010, and played professionally in National Pro Fastpitch. Mostly an outfielder, Mendoza hit .416 during her collegiate career, .432 during her Team USA career, and .355 as a member of the USSSA Pride.

Another top Fastpitch player, another UCLA alum and a Team USA member. Watley played shortstop and first base when she helped UCLA win a national championship, Team USA win gold in 2004, and when she became the career hits leader in the National Pro Fastpitch league. Watley was the first African-American female to play on the United States Softball team in the Olympics and is one of only a handful of athletes to bat at least .400 with 300 hits, 200 runs, and 100 stolen bases in college. 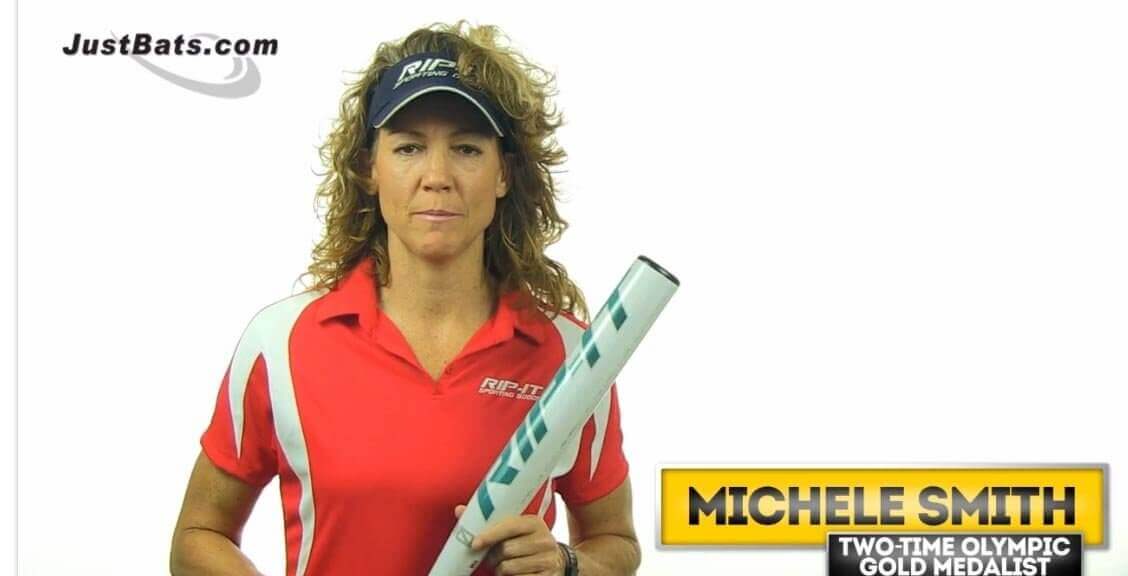 A lefty. Michele Smith, a left-handed fastpitch softball pitcher, owns two Olympic gold medals, is ESPN's lead college softball color analyst, and has even fielded some phone calls for JustBats.com. The Oklahoma State Cowboy finished her college career with a 0.75 ERA, was an eight-time Japan Pro Softball League champion and MVP, and was inducted into the Amateur Softball Association Hall of Fame in 2006.

UCLA alum. Two-time Olympic gold medal winner. Four-time First Team All-American. Nuveman or Nuvey, a right-handed hitter who mostly played catcher, is one of only eight NCAA players to own a career .400 batting average with at least 200 RBIs, 50 homers, and a .800 slugging percentage. Nuveman also caught four of the other players on this list (Lisa Fernandez, Michele Mary Smith, Cat Osterman, and Jennie Finch).

Is your favorite player on this list? Who do you think is missing?

Meanwhile, if you have questions about Fastpitch softball bats, then give our Bat Experts a call at (866) 321-BATS (2287). Remember, we're here for you from click to hit!

Filed Under: Fastpitch Bats Softball Bats
You can compare a maximum of four items.
Please remove one item to add another.
Add up to 4 items to compare.
Compare (0 of 4) Show Comparison
ERRR