The Origins of the 12 Best Baseball Nicknames Of All Time

Nicknames in baseball are, basically, mandatory for players. They bring about a certain type of camaraderie and personality to the game that allows fans to relate to their favorite player and connect with them on a personal level. These nicknames may either embody a player and his game or be completely off base and outlandish. Either way, baseball nicknames are awesome, right? After going through the ultimate list of baseball nicknames, JustBats narrowed it down to our favorites.

Goodbye. David Ortiz had his farewell season in 2016, but that doesn't mean the legend's iconic nickname disappears.  The nickname "Big Papi" is a combination of what Ortiz was called during his first five seasons in Minnesota and what he called everybody during his time in Boston. With the Twins, Ortiz's teammates referred to him as the "Big O." In Boston, Ortiz stated that he was terrible with remembering names, so he resorted to calling everybody "Papi" or Mami." And, that's how the legendary "Big Papi" was started.

>>> Swing Big Papi's Marucci Pro Model During Your Next At Bat <<<

Some nicknames are natural, some are forced, and others are just plain destiny. Exhibit A: Mr. October. Quite simply, Reggie Jackson always saved his best baseball for the playoffs -- in October. Jackson never shied away from the playoff spotlight and his success allowed him to become one of the biggest sports stars of his time. According to the Baseball Hall of Fame, which Reggie Jackson was inducted in 1993, he hit 10 home runs and 24 RBI in five World Series matchups while batting .357, nearly 100 points higher than his career average. He also earned two World Series MVPs. 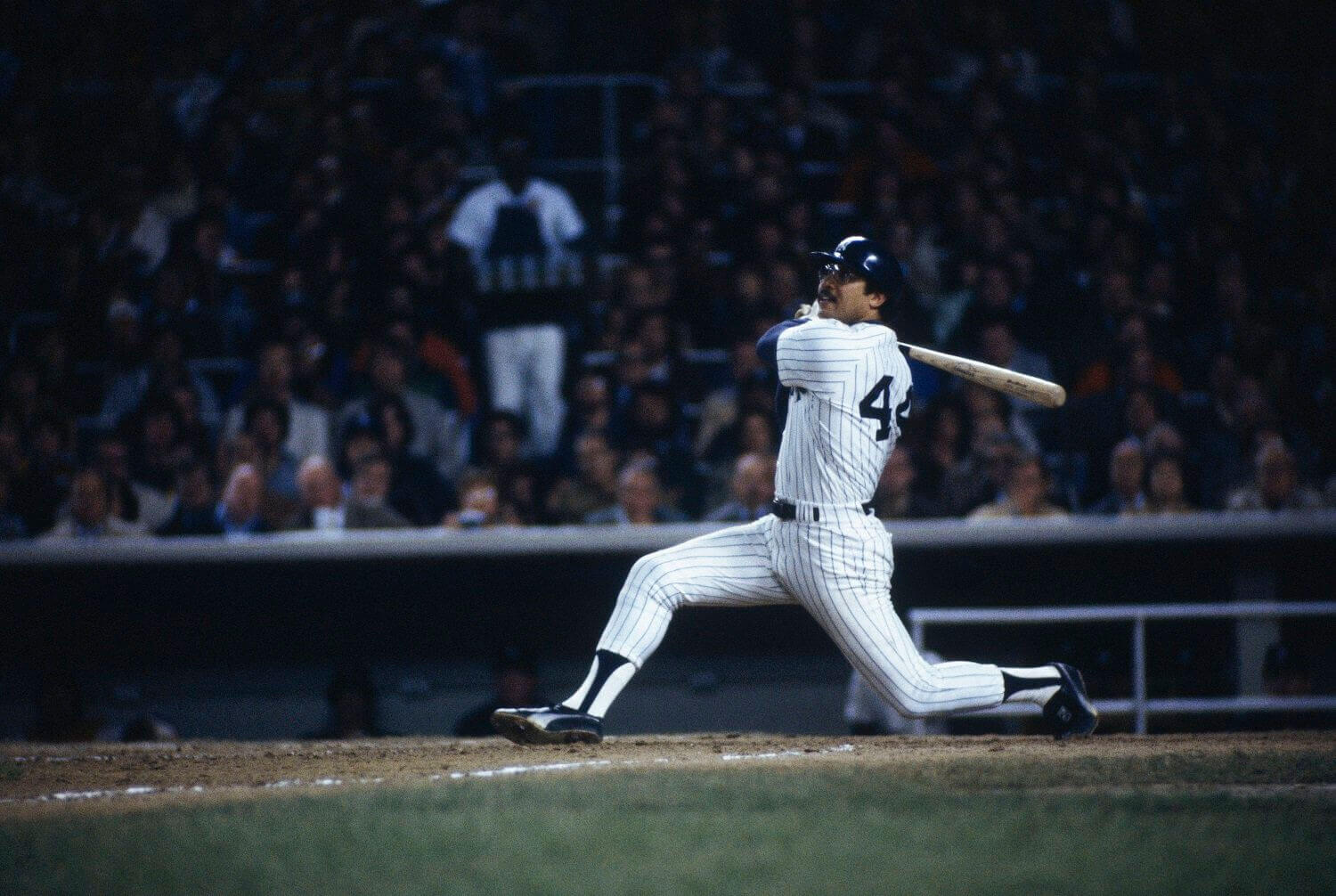 Known as one of the most clutch players, there isn’t a better person to bear the nickname Mr. November. But, why Mr. November? Jeter was the first player to ever hit a go-ahead home run in the World Series in November. Most seasons end in October, but during the 2001 World Series, Mr. November hit a homerun just after midnight on the morning of November 1st in the bottom of the 10th inning to give the Yankees a 4-3 victory over the Arizona Diamondbacks. You can attribute this specific event to the beginning of Jeter’s nickname but the mass accumulation of clutch plays, memorable moments, and accomplishments throughout Derek Jeter’s career are what made the nickname stick. 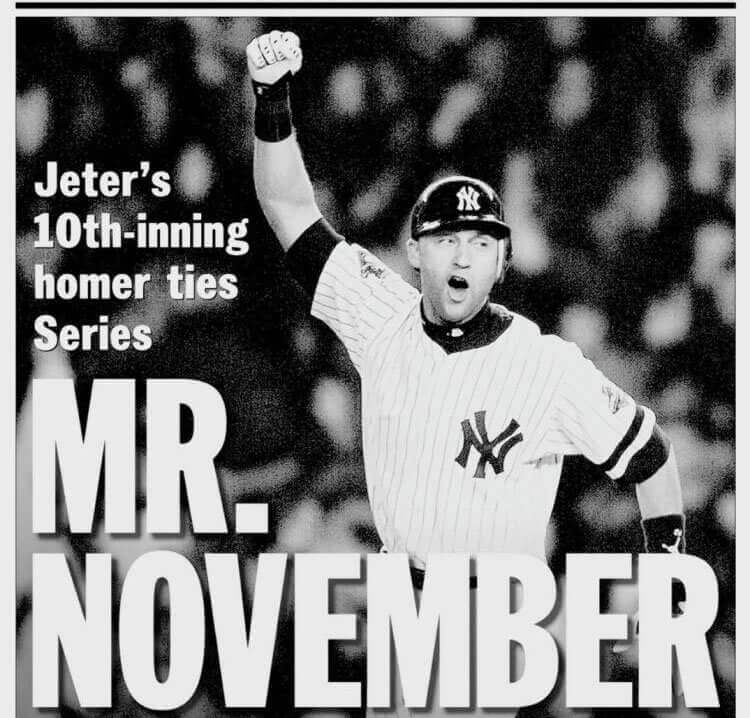 One of the best recent baseball nicknames? Pablo "Kung Fu Panda" Sandoval. How did this hilarious nickname after the cuddly animated hero come about, you ask? In 2008, teammate Barry Zito proudly started the Kung Fu Panda nickname. Sandoval says that he first heard Zito call him Kung Fu Panda during a game on September 19th against the Dodgers. Sandoval, known for his roly-poly figure, scored a run late in the game by jumping OVER catcher Danny Ardoin. To put that into perspective on how impressive that feat really was, Sandoval weighs right around 240 pounds at just under 6'. Very Kung Fu Panda-esque.

The Kid is the most recent Hall of Fame inductee on our list. He is also the only player on our list that had the opportunity to play in a Major League game with his father. During his rookie year in 1989, both him and his father (Ken Griffey, Sr.) played for the Seattle Mariners. Ken Griffey, Sr. was a two-time World Series champion during the ‘70s, which put a lot of pressure on “The Kid” to perform right away. Obviously, this pressure had no effect on him, as during his 22 season career he hit 630 home runs, won 10 Gold Glove Awards, and earned a variety of other accolades. 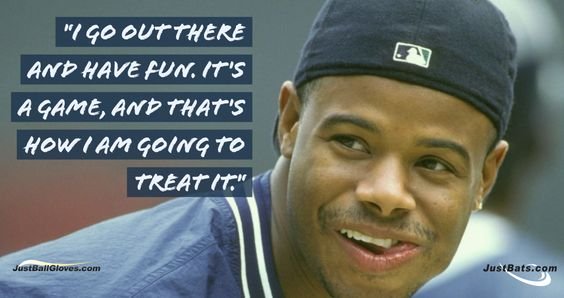 This nickname is nearly 100 years old, but continues its relevance thanks to movies like Eight Men Out and Field of Dreams. Sadly, the nickname is not associated with a tremendous baseball career, but rather the infamous 1919 Black Sox Scandal. Jackson played a total of 25 seasons before finally "retiring" (getting banned from baseball) in 1920 with the Chicago White Sox. Now, why did Jackson go by the nickname "Shoeless"? He was once caught playing a game without wearing a pair of shoes. It was rumored that Shoeless Joe received blisters from a new pair of cleats, so he decided to take them off before an at-bat and then proceeded to hit a triple. While standing on third base, a heckling fan cheering for the opposing team shouted, "You shoeless son of a gun!" The rest is history.

>>> Play catch with a ball glove from the Shoeless Joe golden age! <<<

Standing tall at 6’10”, Randy Johnson was one of the tallest pitchers to ever take the mound. In MLB history, there was only one player who was taller than Johnson and that was Jon Rauch (6’11”). During The Big Unit's 22 year major league career, he boasted one of the most dominant fastballs that made him a first-ballot Hall of Fame inductee and helped him collect 4,875 strikeouts. In 1988, during his rookie season with the Montreal Expos, Johnson collided head-first with then-teammate Tim Raines who then shouted, “You’re a big unit!” As we all know, the nickname stuck with him for the rest of his career and then some.

Notoriously known for his epic bat flips, Jose Bautista has earned a villain status in some circles. But, that doesn’t take away from what he has accomplished during his time in the MLB. With six All-Star appearances, he has the chance to go down as one of the most decorated Toronto Blue Jays of all-time. But Bautista's nickname has its origins during his time in Pittsburgh. Like most nicknames, JoeyBats didn’t come from his childhood or even a former teammate. JoeyBats originated from a gentleman who worked as a server at PNC Park who would make a sign with the nickname and always place it behind home plate. Eventually, the media got a hold of it and Bautista soldified it when he created his Twitter handle.

Also known as the Hit King, Rose is the all-time MLB leader in games played, at-bats, and singles. Pete’s accolades go on and on as he earned everything under the sun during his tremendous career. But, the way he got his nickname “Charlie Hustle” is amazing. During his first spring training, the legendary Whitey Ford witnessed Pete Rose draw a walk and then proceed to sprint to first base rather than jog like most players. Rose’s hustle and determination paid off, as he went on to win the Rookie of the Year with a .272 batting average and 170 hits. In addition to his hustling stats, Rose compiled one MVP, 17 All-Star appearances, and 17 other Major League records. Charlie Hustle played the game of baseball like no other player in history. 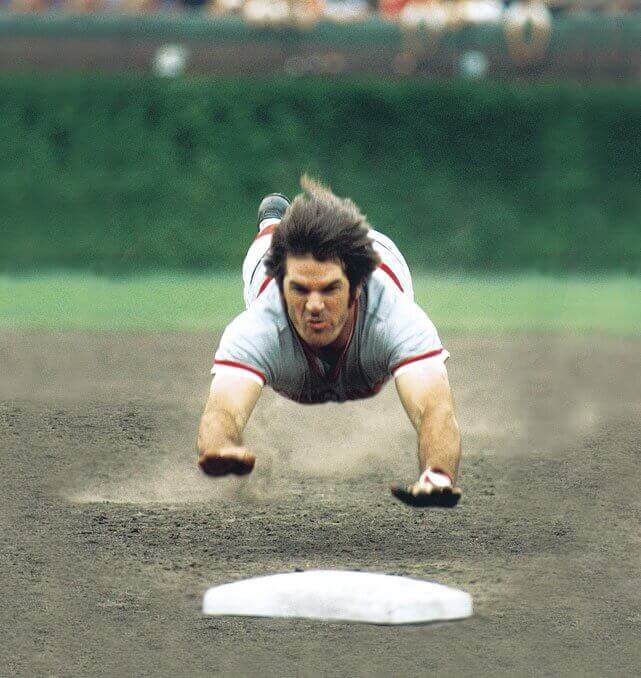 Believe it or not, two players in the history of baseball donned the nickname "Pudge" and both were catchers. The original Pudge, Carlton Fisk, is most notably known for his wave-it-fair homerun. During his prime, the not-at-all-pudgy Fisk was a lean 6'3 and 200 pounds, making him relatively thin in comparison to other catchers at the time. So, why Pudge? When Fisk was a child, he weighed right around 150 pounds at just under 5'5. So, other kids started calling him Pudge. Even as Fisk grew up and became much more athletic, his nickname held up and stuck with him all the way through a 2,226 game career.

Fisk's nickname became so well known and popular that it carried on into the next era of players. A five-time MVP, Ivan Rodriguez, was one of the best catchers to ever play the game. His fame came about during his time as a Texas Ranger from 1991-2002. During this time, he was often compared to Hall of Famer Carlton Fisk and, because of that, his teammates began calling him Pudge Rodriguez. They did this as a sort of tribute to Fisk's legacy and as a compliment to Rodriguez's talent.

One of the all-time great catcher’s in MLB history, “Yogi” Berra played 18 seasons with the Yankees and one with the Mets between 1946 and 1965. Known for his whimsical “Yogi-isms” and colorful stories, Berra was a legend both on and off the field. Unlike other nicknames, Berra didn’t get his from a teammate. Berra got the nickname during his childhood while playing in a youth baseball league. An old friend noticed a familiarity between Lawrence and the “Yogi” (a person who is proficient in yoga) in the movie he just saw. From that point forward, Lawrence Berra was known as Yogi Berra. Heck, JustBats admires Yogi Berra so much that we use two of his famous quotes in our company's 12 core values. 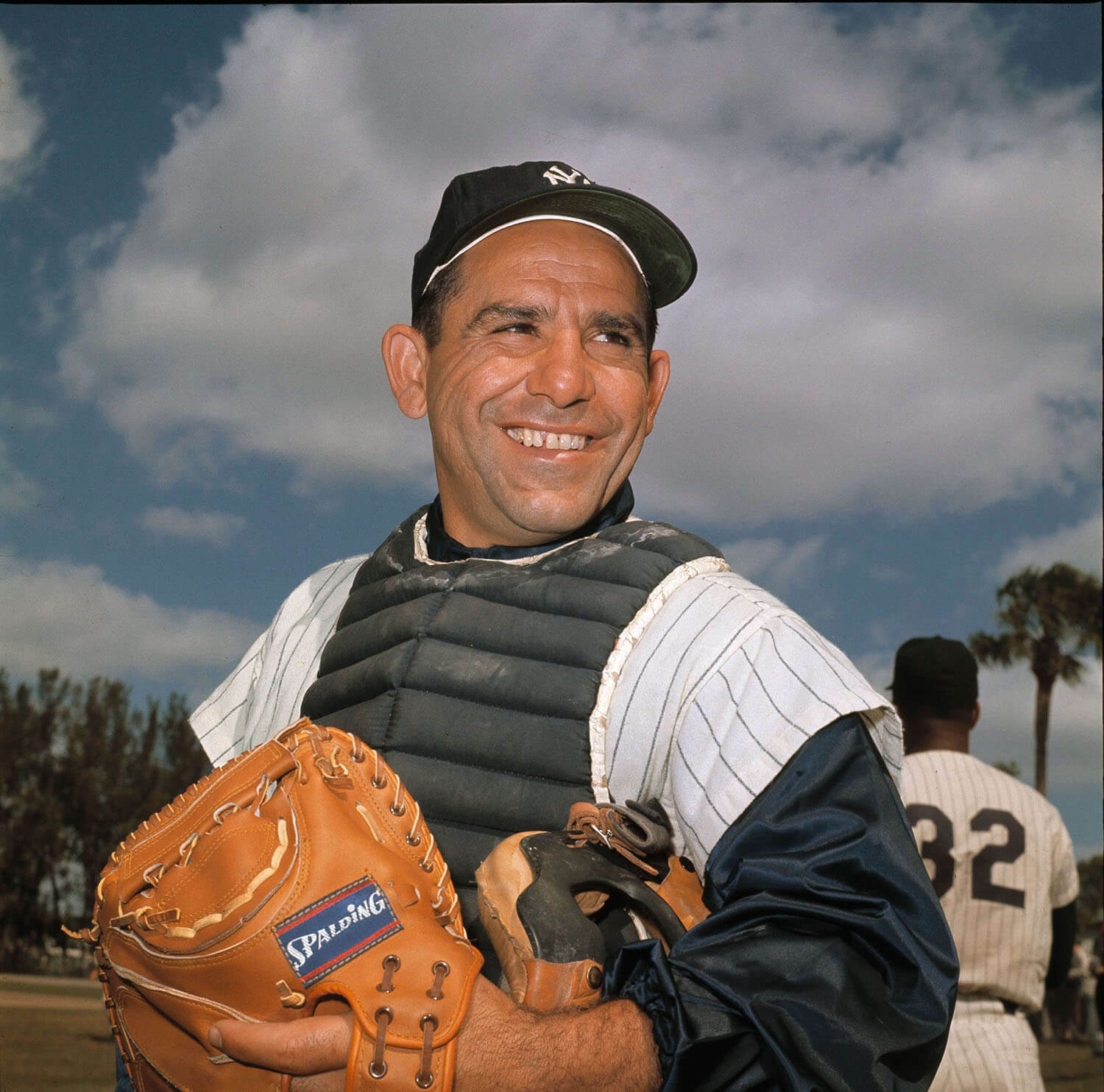 "Baseball is 90% mental and the other half is physical."

What would a list of best baseball nicknames be without The Great Bambino? The Sultan of Swat? Babe Ruth, referred to as the game’s original slugger, hit 714 home runs and holds a legacy unlike any other. Ruth went by a number of nicknames, but none more iconic than Babe. So, where did this nickname come from? Jack Dunn, the owner of the Baltimore Orioles, came to watch Ruth play baseball in 1914 to see if he was up for the Big Leagues. In less than an hour into watching him, Dunn had already offered Ruth a contract. Since Ruth was only 19 at the time, the other Orioles’ players referred to him as “Jack’s newest babe.” Thus began the most renowned baseball nickname in all of America’s pastime. 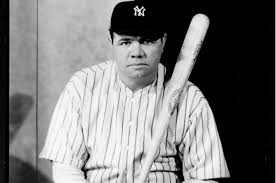 What's your favorite baseball nickname? Whether it is the one of your favorite player or one that you have earned during your career, JustBats wants to hear it! Or, if you have any baseball bat or softball bat questions, please feel free to give our Bat Experts a call at (866-321-2287). They are available and don't forget, we're here for you from click to hit!

Filed Under: MLB Lists
Chat Us
You can compare a maximum of four items.
Please remove one item to add another.
Add up to 4 items to compare.
Show Comparison
ERRR