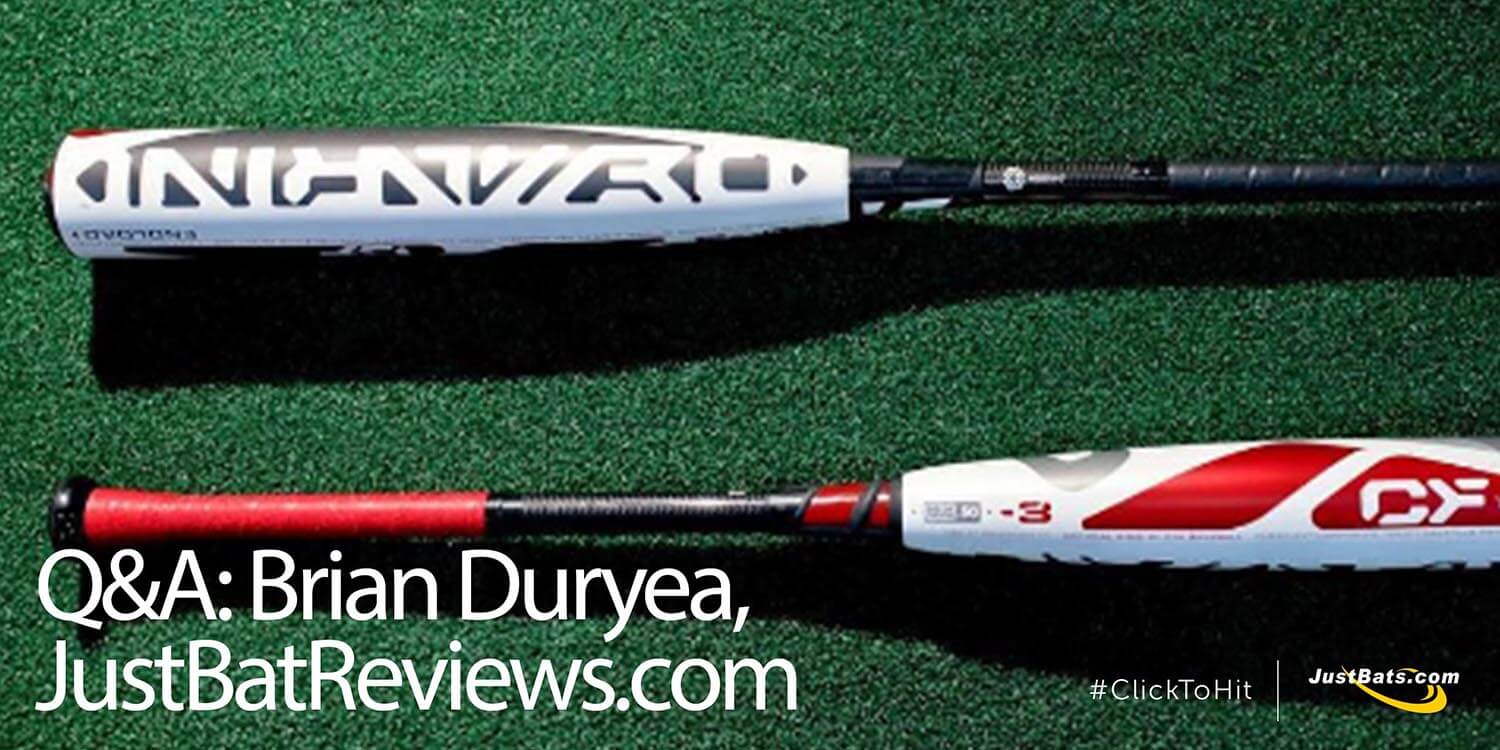 Brian Duryea loves baseball. With seven baseball-loving children, it's not a surprise.

Years ago, while raising kids, traveling the country for his job, and helping coach baseball, he decided to start his own blog. JustBatReviews.com is now one of the largest resources for baseball bat and softball bat reviews on the Internet. Check out JustBats.com's bat reviews.

JustBats.com sat down with Brian Duryea to discuss JustBatReviews.com, baseball bats, baseball, and everything in between.

JustBatReviews.com is a blog about baseball, fastpitch, and softball bats. We detail information like reviews, best bat lists, and industry news.

What made you start JustBatReviews.com?

A little over four years ago, I was looking for information about a particular youth baseball bat. I could not find how the bat was different than the previous year's model. They both looked similar, but one's price was about $150 more than the other. So, I took it upon myself to reach out to several vendors and the manufacturer to get my question answered. We ended up buying both the old version and the new version. I thought it might be fun to keep track of these data points somewhere so I started a blog. It has been gangbusters ever since.

Tell us about your passion (as well as your family's passion) for baseball and softball.

Like many families in America, baseball and softball fill up our free time and then some. We currently play on five (5) different teams among our five children that play either baseball or fastpitch. And we would not have it any other way. Any given Saturday we have no less than six games. And sometimes closer to 10. I grew up playing baseball and it was my life then. I'm now an adult and it is still my life.

Why do you think people care about your opinion?

The number of so called review sites that have popped up in the last 18 months have made us ask this question a lot. I would like to think people can see the authenticity in the reviews we write. We are not simply spinning bullet points from the manufacturer or rewriting Amazon reviews.

Our reviews come from a place of real experience and real hitting with the bats we test. That said, we also do not think our readers think we are the end-all-be-all of bat suggestions. Rather, we are simply one data point on their way to making the best decision. As long as we continue to provide real, unbiased and useful insight we hope to remain a real source for players and the industry at large.

JustBatReviews.com weighs in on the best Slow Pitch softball bats.

What bat features or enhancements excite you?

We love to see crazy bats. Not so much because we think we would actually prefer them in a game, but because they give us something fun to write about. Unique features and approaches to constructing a relatively simple object also makes a lot of people click and read articles. And, it turns out, we like website traffic. For example, bats filled with Helium, bats with soft barrels or bats with spinning handles. Fun to write about and a lot of people think that stuff is fun to read about too.

You can create a bat from scratch. What are the top features you're putting on it? What's the name of the bat?

Which are the best bats you've ever swung?

The COMBAT B2 and B1 youth bats. Those bats look so unassuming. But, honestly, they are ridiculous once you get them worked in. There were also several BESR bats we've hit with that, once worked in, were also ridiculous.

Easton Stealth: The Best Bat Ever.

You recently started JustGloveReviews.com. Why did you decide to start a second blog?

We had a significant number of articles on JustBatReviews.com that were not necessarily Bat Reviews. We had a huge section on batting gloves that we felt no one could ever actually find because they were drowned out by the bats. As well, we thought there was room in the market for people looking to purchase a glove online.

Online glove stores have better selections and often better pricing, but a lot of players still want to feel the glove they are about to buy. We think there may be some room in the market to help people become more comfortable with the idea of online glove purchases. We are hopeful we can build justglovereviews.com into that type of resource.

What do you think of the USABat Standard?

In a word: lame. And we feel like we have yet to get an actual answer as to why the governing bodies are doing it. They have claimed the "integrity of the game" but that is not an actual answer. Too many home runs? What curmudgeon ever though 12 year old's should hit fewer home runs?  From an industry stand point we suspect a lot of players will simply move to USSSA leagues. But those that stay will be a significant number and every one of them will need a USABat bat. Which means our traffic should see an interesting bump.

Everything you need to know about the USABat Standard rule change.

Who is your favorite player ever and what bat would you love to have them swing?

I grew up thoroughly enamored with Ozzie Smith. But he was not the guy you sort of envision swinging the most amazing bat. But in terms of getting a chance to travel through time and break MLB bat regulations, I say let's give Hank Aaron an Easton Z-Core XL. 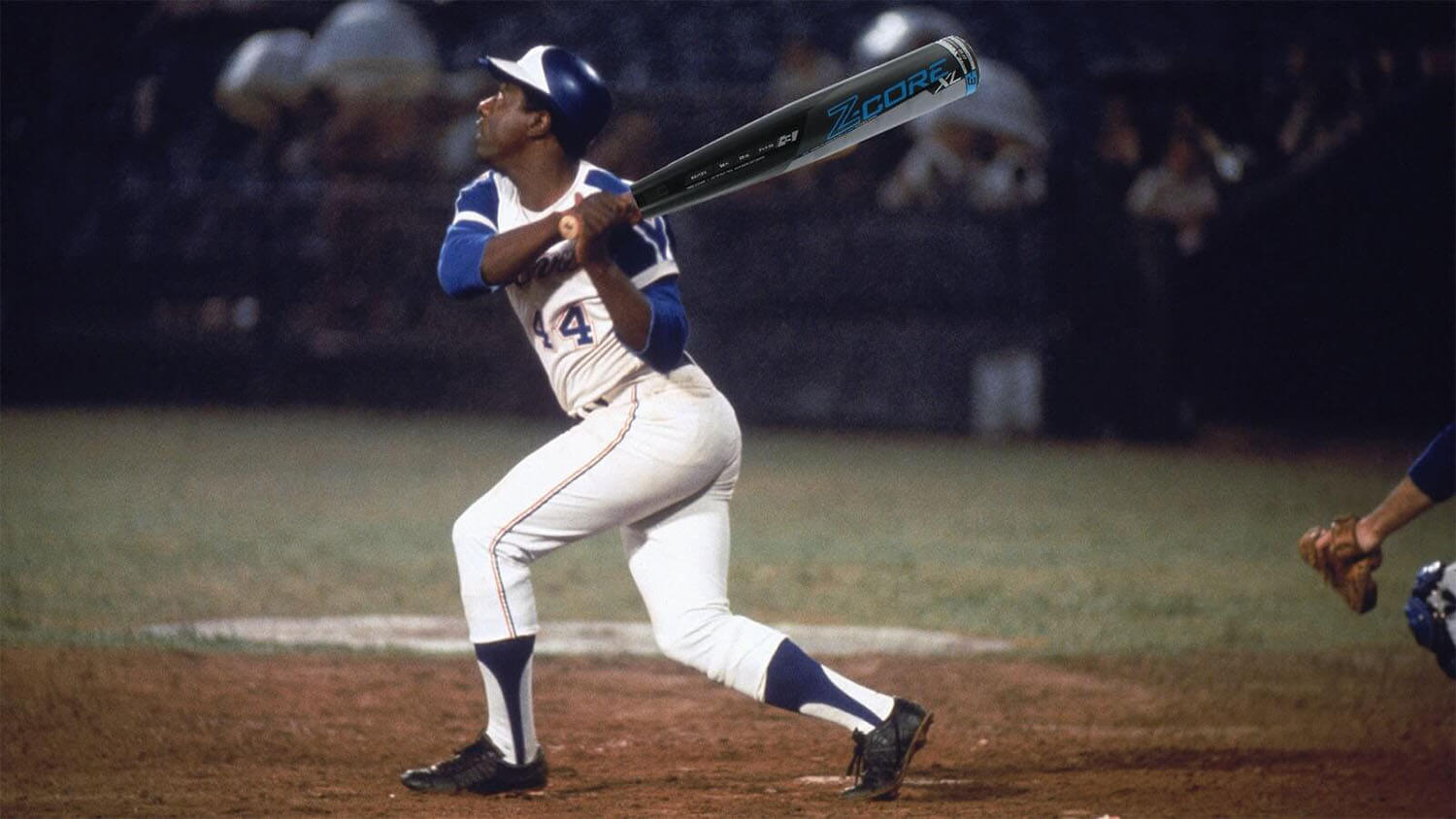 A time machine takes you back to your youth. What bat are you going to tell your younger self to use?

My youth days were pre-BPF 1.15 standards so the world is my oyster at that point. Those titanium bats were memorable, to say the least. But, if a simply changed my birth certificate to say I was 12 and then moved to Puerto Rico, I would definitely be swinging the JBB Drop 10 CF Zen. If I were in USSSA leagues where that bat is illegal then I would swing DeMarini's 2 3/4 Drop 10 CF8. If I was a youth player then just about any Easton MAKO 2 1/4 and probably the famed 2014 orange one.

What's the coolest thing you've ever seen since you started JustBatReviews.com?

I've seen every bat and it is hard, at this point, to feel like one stands out the most. Many of them are remarkable in their own way. But, what I think has been the coolest thing, is to see that over 3,000,000 people have now come to our site to read about bats. Who knows how much influence that has ultimately had. But, I would like to think we have been a cause for good and usefulness in a millions of homes. That is a pretty cool thing to think about.

If you were a bat feature, what would you be and why?

Ha. Of course I'd be the connection piece on a two-piece bat. Connecting the useful end of the bat with the part that guides it like I hope to connect the industry to the people that use them.

Thank you, Brian, for answering some questions. If you have any baseball bat and softball bat questions, please feel free to give our friendly Bat Experts a call at (866-321-2287). You can also shoot them an email at experts@justbats.com or click here to live chat. Don't forget, we'll be here for you from click to hit!

Filed Under: Guest Posts, Profiles, Q&A
Chat Us
You can compare a maximum of four items.
Please remove one item to add another.
Add up to 4 items to compare.
Show Comparison
ERRR