Player of the Week: Derek Jeter 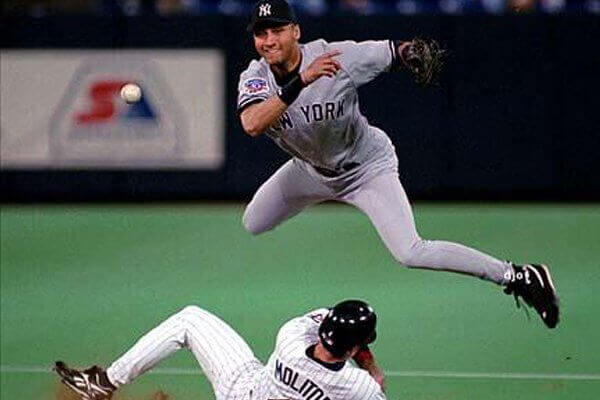 This week's player of the week is New York Yankees SS Derek Jeter. Jeter has played in the Major Leagues for 17 years and he is a 12 time All-Star and five time World Series Champion. He has a huge list of career highlights and awards, some of the big ones include Yankee's all time career leader in hits, games played, stolen bases and at bats. He has accumulated four Silver Slugger Awards and five Gold Glove Awards. He is an amazing player and has been since he graduated high school, when he was drafted by the Yankees in 1992. Three years later he made his debut in the Major Leagues and in 1996 he helped the Yankees win the World Series. That is a very small preview of the awards and accomplishments Jeter has accumulated during his 17 year stretch in the Major Leagues, to be quite honest there were just too many to list.

Jeter has several accomplishments outside of baseball as well. In 1996 he founded the Turn 2 Foundation which helps teenagers avoid drug and alcohol addiction. He is also involved in WePlay, which is a website designed to encourage kids to get involved with sports.

Filed Under: Baseball Bats
You can compare a maximum of four items.
Please remove one item to add another.
Add up to 4 items to compare.
Compare (0 of 4) Show Comparison
ERRR