Penalties & Fines For Running On A Baseball Field 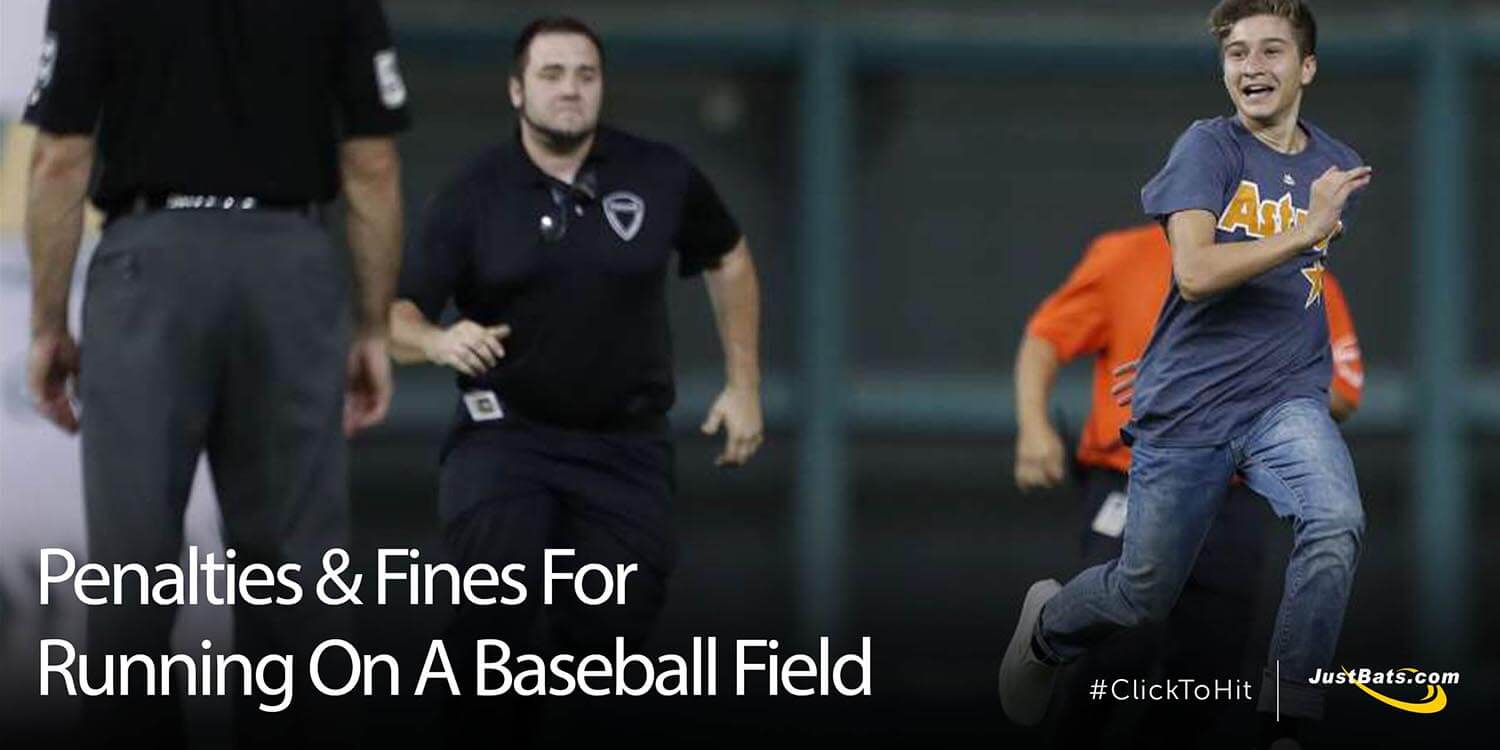 What is 15 seconds of fame worth?

As storied as the national pastime itself is the baseball fan's fleeting thought of, "should I run on the field during a game?" Common sense usually prevails for most fans, but others have jumped the fences onto the fields and paid the price. But, what exactly is the price? What's the penalty for running on a baseball field? JustBats.com attempts to answer to help prevent you from doing this attention-seeking practice.

Most fans that run on the field do so because they're motivated by adrenaline or under the influence of alcohol. But, of course, some are premeditated too. The fines vary from ballpark to ballpark based on state law. For example, in Ohio, running onto a professional field is punishable by up to six months in prison and a $1,000 fine. 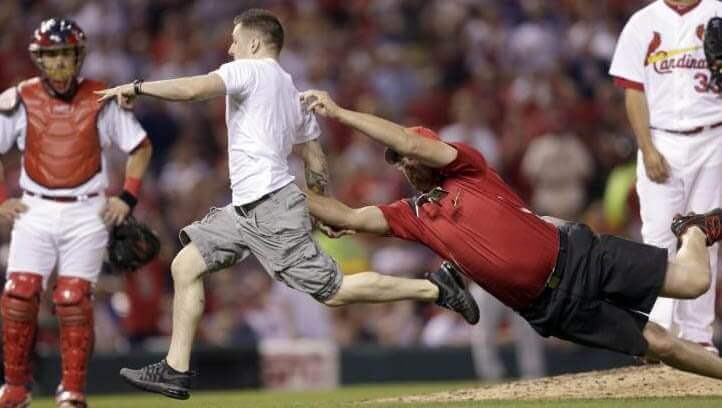 Assuming you remain clothed and do not physically harm anyone, the most common fine for running on a professional baseball field is a $1,000 fine and one night in jail.

Keep in mind that this is the initial fine. Most states also require a sentencing, which can vary from jurisdiction to jurisdiction. Here are some examples of potential consequences outside of initial bail and jail time:

Ballparks consider the initial run on the field as trespassing. While the above cases are all different, a fan that runs on the field and is compliant with officers/staff when caught will be immediately removed from the stadium and released on bond pending a court appearance. Every Major League Baseball stadium is equipped with a holding cell, and some ballparks have multiple holding cells.

Do you know anyone who has run on a field? What happened to them? Did they receive a fine for running on field?

Don't forget, if you ever have any baseball bat related questions, reach out to our friendly Bat Experts at 866-321-2287, email at experts@justbats.com, or you live chat on our website! Remember, we'll be here for you from click to hit!

TRY OUR BAT COACH
Answer a few simple questions to find your perfect bat.
Filed Under: MLB
Chat Us
You can compare a maximum of four items.
Please remove one item to add another.
Add up to 4 items to compare.
Show Comparison
ERRR