Miken Doesn't Play the Game... They Dominate It! 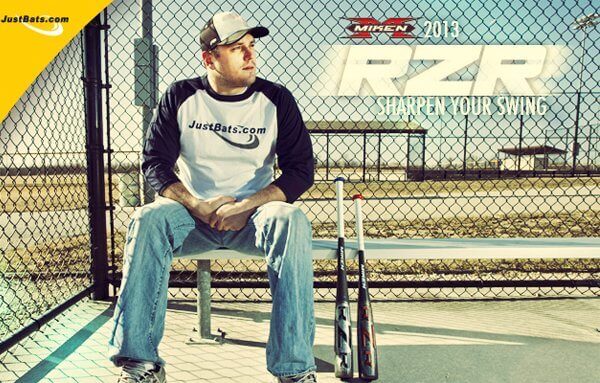 Miken is back in the baseball world and better than ever. This week we saw the release of the brand new RZR line. The RZR is available in BBCOR, Senior League 10, Youth -12, and Junior Big Barrel -10. When the research and development department at Miken sat down to design this year’s line they really took player input into consideration. In past years players were calling for more pop and big barrels. Well, due to rule changes in just about every league, player’s requests have changed. Now we hear requests for better balance and more bat speed. This is exactly what Miken had in mind with the new RZR line.

The RZR features the T3000 alloy. Outside of the one engineer that might read this blog, no one knows what that means. The T3000 alloy is one of the strongest in the industry. Due to the strength of this alloy Miken was able to create a bat with thinner walls and a bigger sweet spot to enhance consistent performance. With thinner walls in the barrel they were also able to create balanced weight distribution to maximize swing speed. Players asked for balance and speed and that is exactly what they will get with the new RZR line.

After swinging the RZR Adult (ABRZR3) I was very impressed. Most of the first generation BBCOR bats had a tendency to be very end-loaded. That is not the case with the ABRZR3. You can really feel the thinner walls effect on the balance. This bat swings like BESR bats of the past. After about ten hits I was really starting to square the ball up. Miken has always had great grips on their bats, but the new Extreme X-Tack grip really feels great in your hands. It almost felt like the bat had pine tar on it. The thin walls in the barrel were very responsive. You can tell they spent the extra time and money to make this bat perform at a peak level. When you consider it is priced at $199.99, and comes with some state of the art graphics, I would feel confident putting the RZR up against the XL3/S3, CAT5, and 5150. Miken took their time on the release of this bat and I personally was very, very, impressed.

Filed Under: Baseball Bats Products Technology & Terminology
Chat Us
You can compare a maximum of four items.
Please remove one item to add another.
Add up to 4 items to compare.
Show Comparison
ERRR