Louisville Slugger At The All-Star Game 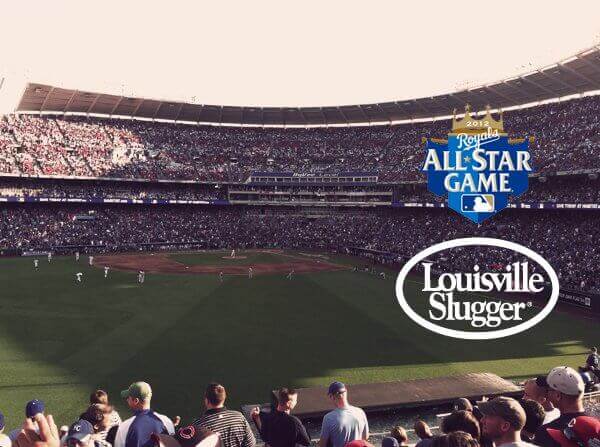 “We’ve been identifying and aligning with young stars for 128 years,” Schupp said. “This new group of guys coming up are going to be great and will entertain fans for years. They’re swinging Louisville Slugger bats and using our fielding gloves because they have confidence in our products. That should be a signal to all young players out there that they can be great with Louisville Slugger, too.”

Louisville Slugger made a clean sweep of the Most Valuable Player Awards during All-Star events. Matt Kinsey, U.S. Army, of the Wounded Warrior Amputee Softball Team joined Melky Cabrera (ASG) and Nick Castellanos (Futures Game) as an MVP. Kinsey was named Most Valuable Player of the Legends & Celebrities All-Star Softball Game after going three for three and hitting a three-run home-run with his Louisville Slugger Z-2000 softball bat.

One of the most memorable and spine tingling moments of the ASG events was the standing ovation Kinsey and fellow Wounded Warrior Saul Bosquez received during Sunday evening’s softball game as the crowd of 41,000 honored them for their service and sacrifice for our country.

Filed Under: JustBats.com Exclusives
Chat Us
You can compare a maximum of four items.
Please remove one item to add another.
Add up to 4 items to compare.
Show Comparison
ERRR