How Does Cork Affect A Baseball Bat? 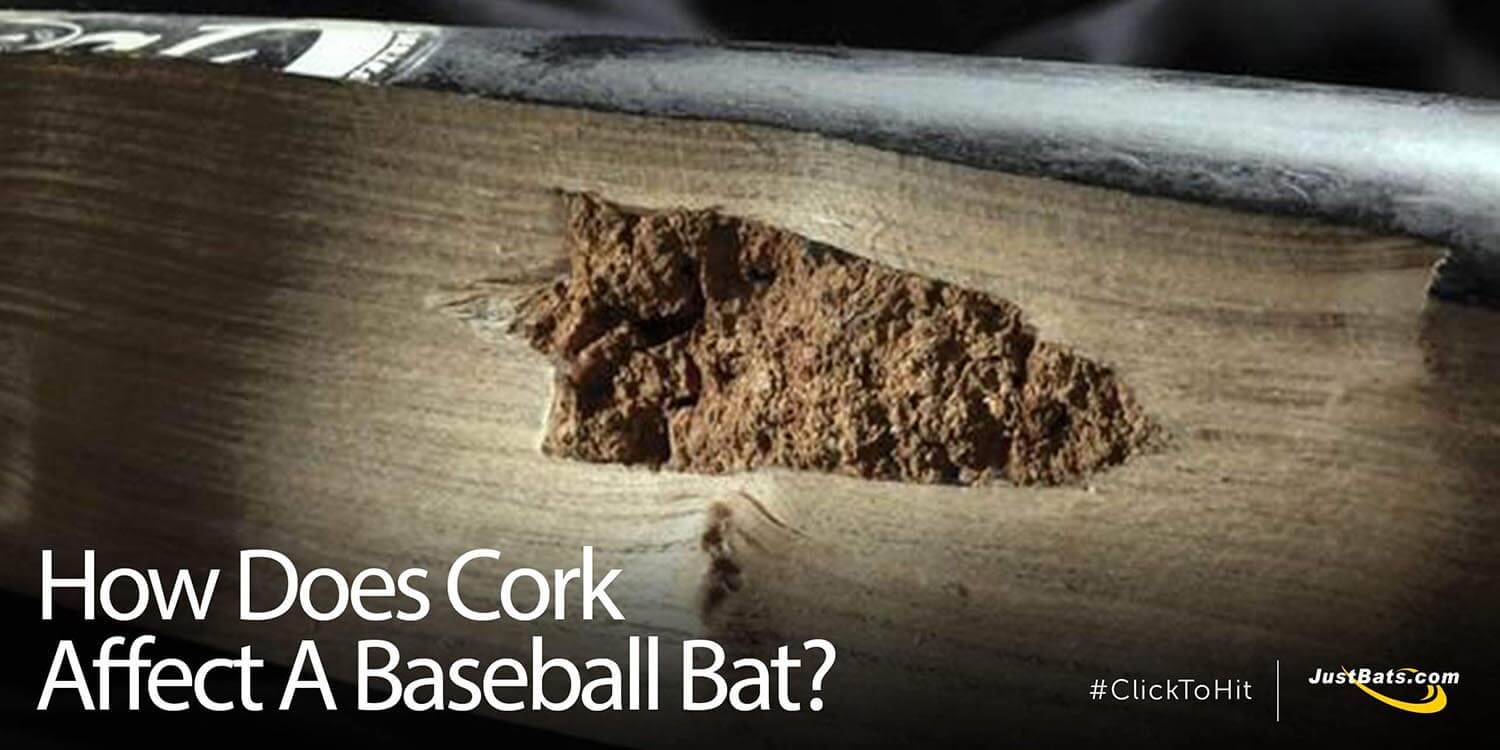 Every player has had a case of the “Mondays” out on the diamond. We have all been plagued by untimely hitting slumps, harsh weather conditions, and even having to face another team’s ace. But, have you ever had the moment when you thought, how can I make baseball easier?

What about trying cork in your wood bat? Believe it or not, a small object such as a cork can have a huge impact on the dynamics of a baseball bat and swing.

Note: Warning to all young ballplayers, the content below about corking bats is not approved in any league.

In baseball, a corked bat is a modified baseball bat that has been filled with less dense substances (such as cork) to make the bat lighter.

Corking a bat is not as easy as it sounds. It is done by drilling out the bat's inner core towards its end. The inner core can be filled with cork, bouncy balls, or sawdust, which is then compacted into the hole you drilled and filled back up with a combination of glue and pine tar. Since a part of the bat is drilled open, it is more susceptible to breakage at contact. Having cork in your bat gives it a trampoline-like effect at contact, making the batter hit a baseball a lot faster and farther than a pure wood bat.

What benefits does a corked bat provide? Here are some:

The first instance of a foreign substance being inserted into a bat in a professional game was in 1974 by New York Yankee player Graig Nettles. After his bat shattered during an at-bat, six super balls were found in the interior. Nettles was suspended ten games and said he was not aware of any illegal substance in the bat, as it was given to him as a gift by a fan. Since then five other professional players have been caught with cork in the interior of their bat. Most notably, Sammy Sosa was caught in 2003 after his bat shattered in half during a regular season game. Sosa was suspended for eight games and told members of the media that the bat was meant for batting practice only.

Next time you are struggling at the plate and need an extra boost, you know what to do! Just kidding. Stick to trusting your skills to knock in that game-winning run rather than relying on illegal methods.

Now, we want to hear from you. What do you think of how cork affects bats? Have you ever attempted to cork a bat for fun? Don't forget, if you have any wood baseball bat  related questions, we're available. You may reach us via telephone at 866-321-2287, email at experts@justbats.com, or you can  click here to live chat. Remember, we'll be here for you from click to hit!

Filed Under: Wood Bats Baseball Bats
Chat Us
You can compare a maximum of four items.
Please remove one item to add another.
Add up to 4 items to compare.
Show Comparison
ERRR