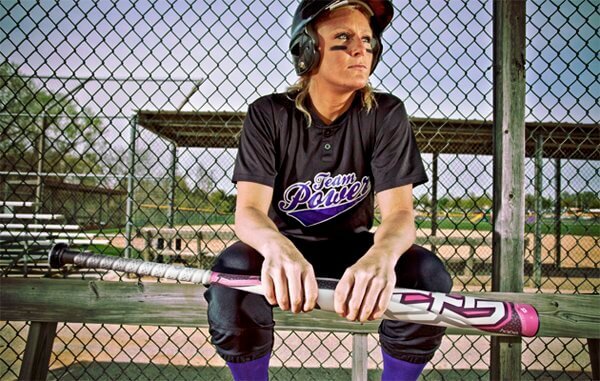 If you’ve had a conversation over the past 5 years about the hottest bats in baseball or softball, you’ve likely talked about the DeMarini “CF” bats. Starting with the CF3 that was first released in 2007, these bats have left a permanent mark on the sport. After players with a CF4 spent the past two seasons dominating their competition, it was time for DeMarini to up their standards even further. This year, the release of the CF5 was met with acclaim and skepticism alike. There were those that just knew that this bat would be even better than the last, and then there were those that were convinced that there was no way a bat could get hotter than the 2011 CF4. The latter was in for a surprise.

Science. That’s what makes the new CF5 great. DeMarini’s new TR3 Strut Composite mimics the structure of crystals which are one of the strongest and most stable compounds on earth. The triangular formations found inside the barrel create a fixed ratio of sides and angles to create unwavering stability. This concept allows the CF5 to be one of the lightest and strongest bats DeMarini has ever created… with the biggest sweet spot known to man. Because of the strength of these bats, there will be a break-in period of a few hundred swings before it reaches its full potential, so don’t get discouraged. This is actually one of the best things about the CF5, it keeps getting hotter the longer you use it, yet it is still resilient enough to maintain its strength. It doesn’t matter what level of baseball or fastpitch softball you play, there is a new DeMarini CF5 just waiting for you to experience its awesome power.

Filed Under: Baseball Bats Products Technology & Terminology
Chat Us
You can compare a maximum of four items.
Please remove one item to add another.
Add up to 4 items to compare.
Show Comparison
ERRR