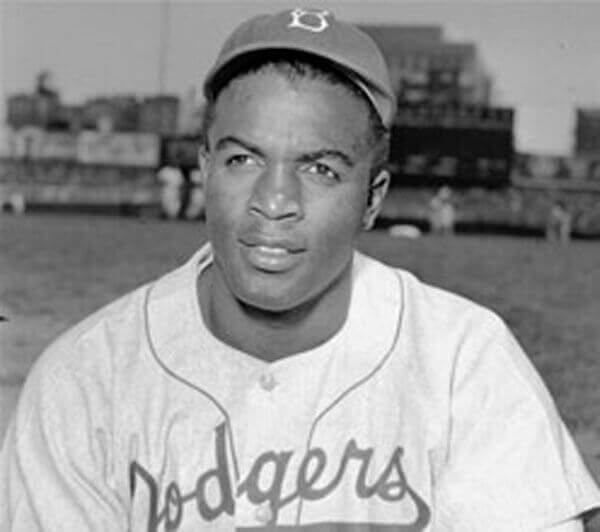 In honor of Martin Luther King, Jr. Day we wanted to pay our respects to one of the most legendary players in baseball history, Jackie Robinson. Everything Martin Luther King, Jr. taught us Jackie Robinson believed in also and he was a walking example of what it meant to overcome barriers and break through them without hesitation. Jackie Robinson was born in Cairo, Georgia in 1919 to a single mother, Mallie Robinson, and four other siblings. The Robinson's were the only black family on their block and because of that they encountered many hardships. It was those hardships that brought them closer together as a family.

Jackie excelled at sports growing up. When he attended UCLA he won varsity letters in baseball, basketball, football and track. In 1947, after dropping out of college due to a financial situation and being honorably discharged from the army, he was approached by the Brooklyn Dodgers president Branch Rickey and was asked to join the team. That was the first time in almost 60 years that a African-American played for the Major Leagues. In 1889 baseball had become segregated and 58 years later Jackie Robinson was going to break that barrier. From there he won several awards and made huge leaps that to this day, still have an impact on baseball.

A lot has changed since the 1940s and we have made a lot of improvements as a country but today we pay tribute to the men and women who stood up and fought for what they believed, because without them we wouldn't be where we are today. Thank you Martin Luther King, Jr. and Jackie Robinson.