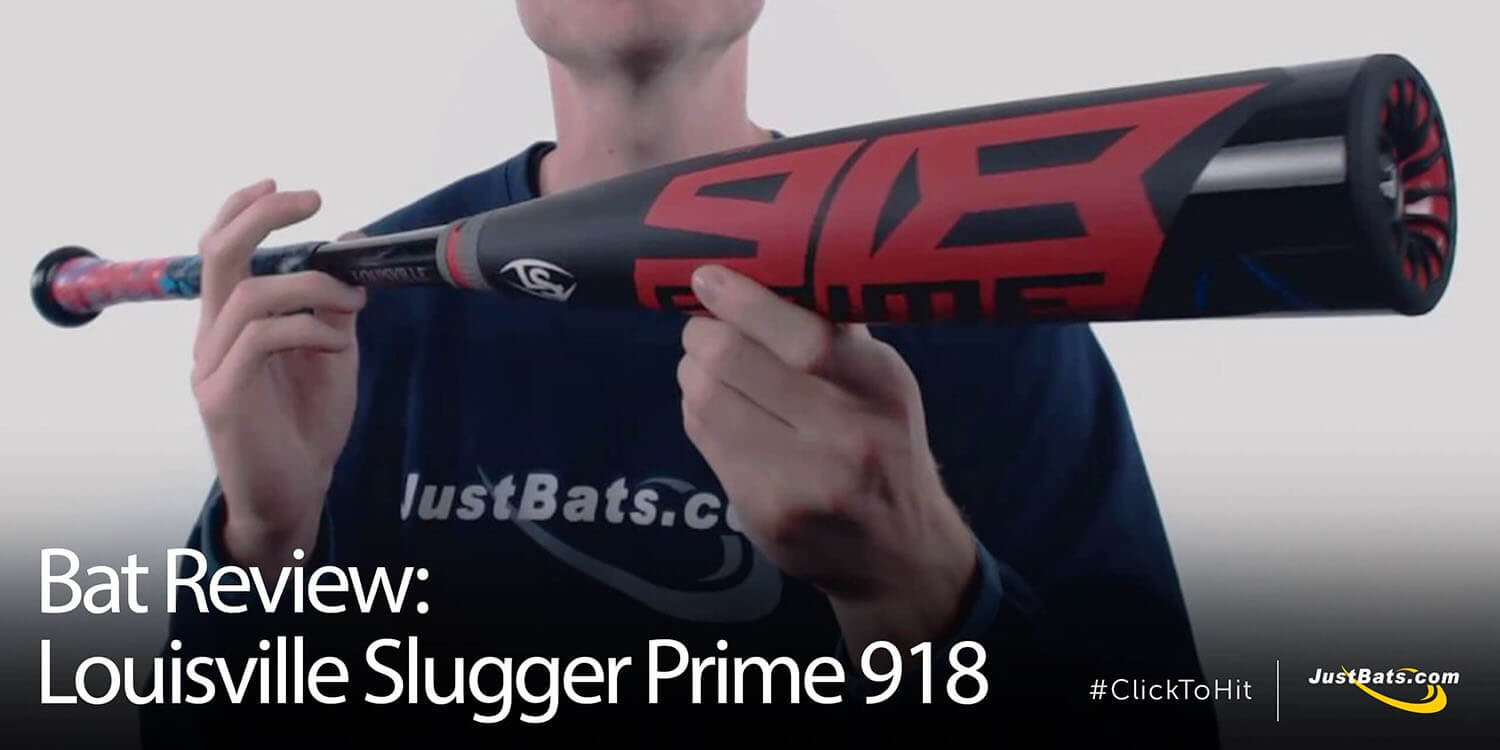 When Louisville Slugger introduced the Prime series in 2015, the baseball bats were billed as "the ultimate combination of speed, power, and balance in baseball." The Louisville Slugger Prime 915 boosted a premium composite barrel, stiff handle technology, and a patented three-piece construction. And, sure enough, the Prime 915 was one of the most popular BBCOR bats of 2015.

Now, Louisville Slugger has rolled out the fourth rendition of their Prime series: the 2018 Prime 918. Since the Prime series continues to be one of the highest rated baseball bats, JustBats.com reviews why the Prime 918 is going to make an impact on baseball fields.

Louisville Slugger's bat lineups include Prime, Select, and Omaha. The baseball bat series all bring different features and levels, but the Prime is the BMW of the models.

For 2018, Louisville Slugger engineered the Prime 918 BBCOR model as a three-piece, 100% composite design with Microform barrel. The format gives the bat maximum pop with a lighter swing weight than any Prime bat has possessed. The TRU3 technology is back to help eliminate sting in the hands, which translates to an unbelievably smooth feel on contact. Of course, a lot of these features were also part of the Prime 917. So, what's new with the Prime 918?

First of all, Louisville Slugger's Prime 918 is available in the Custom Bat Builder.

Secondly, the latest innovation is the RTX end cap. This end cap not only helps evenly distribute the overall weight for an extremely well-balanced bat, but it also extends the barrel shape for a longer sweet spot. Custom Lizard Skins bat grip is also part of the bat and helps reduce negative feedback. Other features of the Louisville Slugger Prime 918 BBCOR bat include:

Compared to the 917 (a bat that was listed as a top 10 BBCOR bat for 2017), the Prime 918 offers a larger barrel thanks to the new composite structure and the aforementioned end cap. Additionally, the Prime 918 is the second lightest bat in Louisville Slugger's 2018 bat lineup; the Solo 618 is about 5% lighter. Here are some initial customer bat reviews for the Louisville Slugger Prime 918:

If you have any baseball bat or  softball bat related questions, we're available. You may reach us via telephone at 866-321-2287, email at  experts@justbats.com, or you can click here to live chat. Remember, we'll be here for you from click to hit!

Filed Under: BBCOR Bats Bat Reviews
Chat Us
You can compare a maximum of four items.
Please remove one item to add another.
Add up to 4 items to compare.
Show Comparison
ERRR