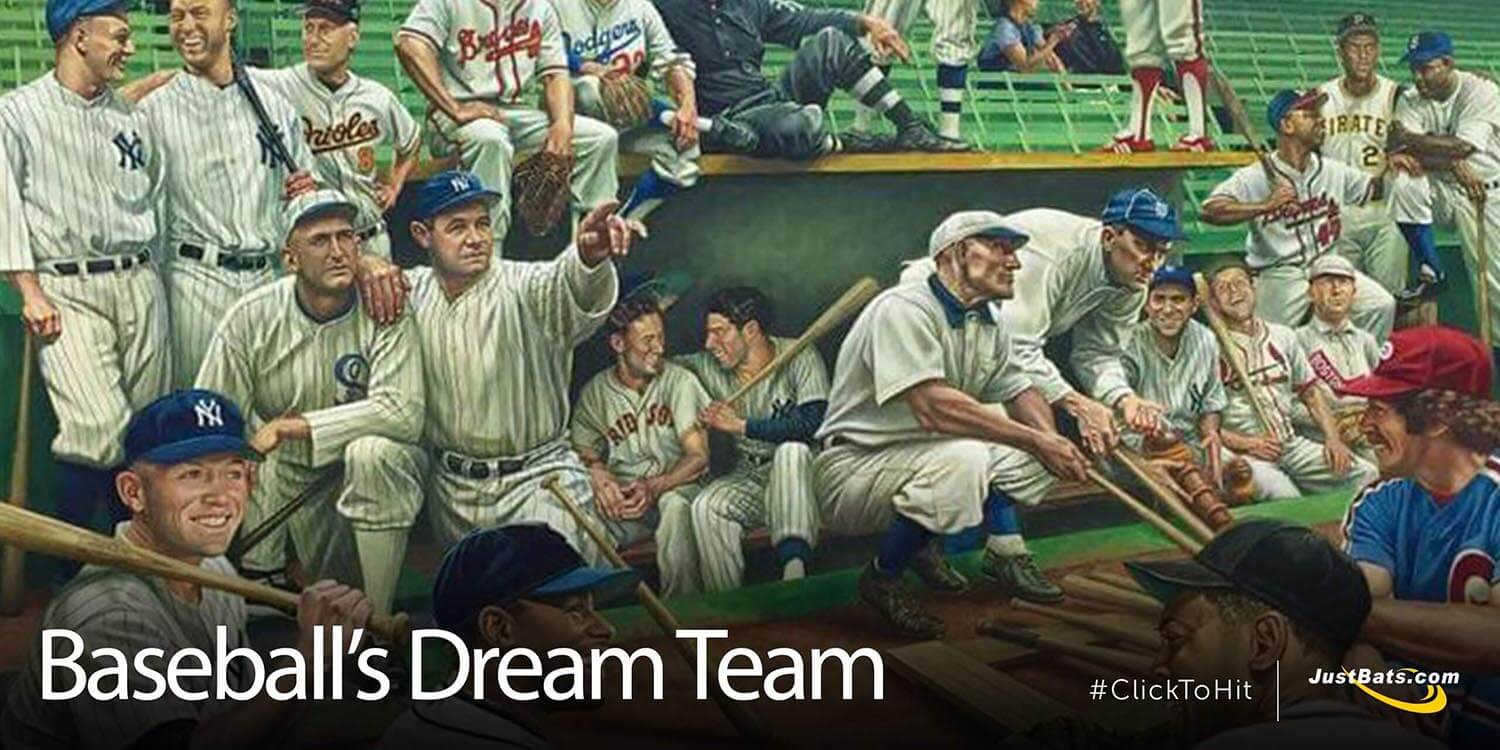 Baseball has been played for quite some time in our nation, hence why it is called “America’s Pastime." We have been involved in baseball in some way whether that is playing a game, going to your hometown team’s game, watching highlights on TV or just even playing catch in the backyard with your family.

There are so many great players to have played this game, that listing the best players is a difficult task. But, based on internal conversations and unofficial polls, this is JustBats.com’s Baseball All-Time Dream Team. Basically, the all-time baseball greats that would be the best player at each position around the diamond. 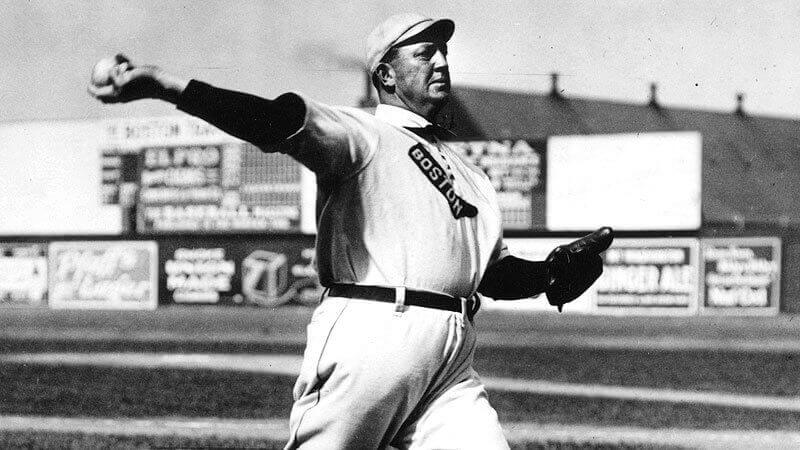 In his 22-year professional baseball career, Denton True “Cy” Young established himself as one of the most dominant pitchers of all time. Young holds multiple pitching records including 511 wins, 7,356 career games started, 815 starts, 749 complete games, and an astounding 25 ⅓ consecutive hitless innings pitched streak. In his career, Young played with five different teams most notably the Cleveland Spiders. Young was elected to the Baseball Hall of Fame in 1937,  won a World Series title in 1903 with the Boston Red Sox and pitched three career no-hitters. Shortly after his death, baseball named the pitcher of the year award after him which why it is called the Cy Young. 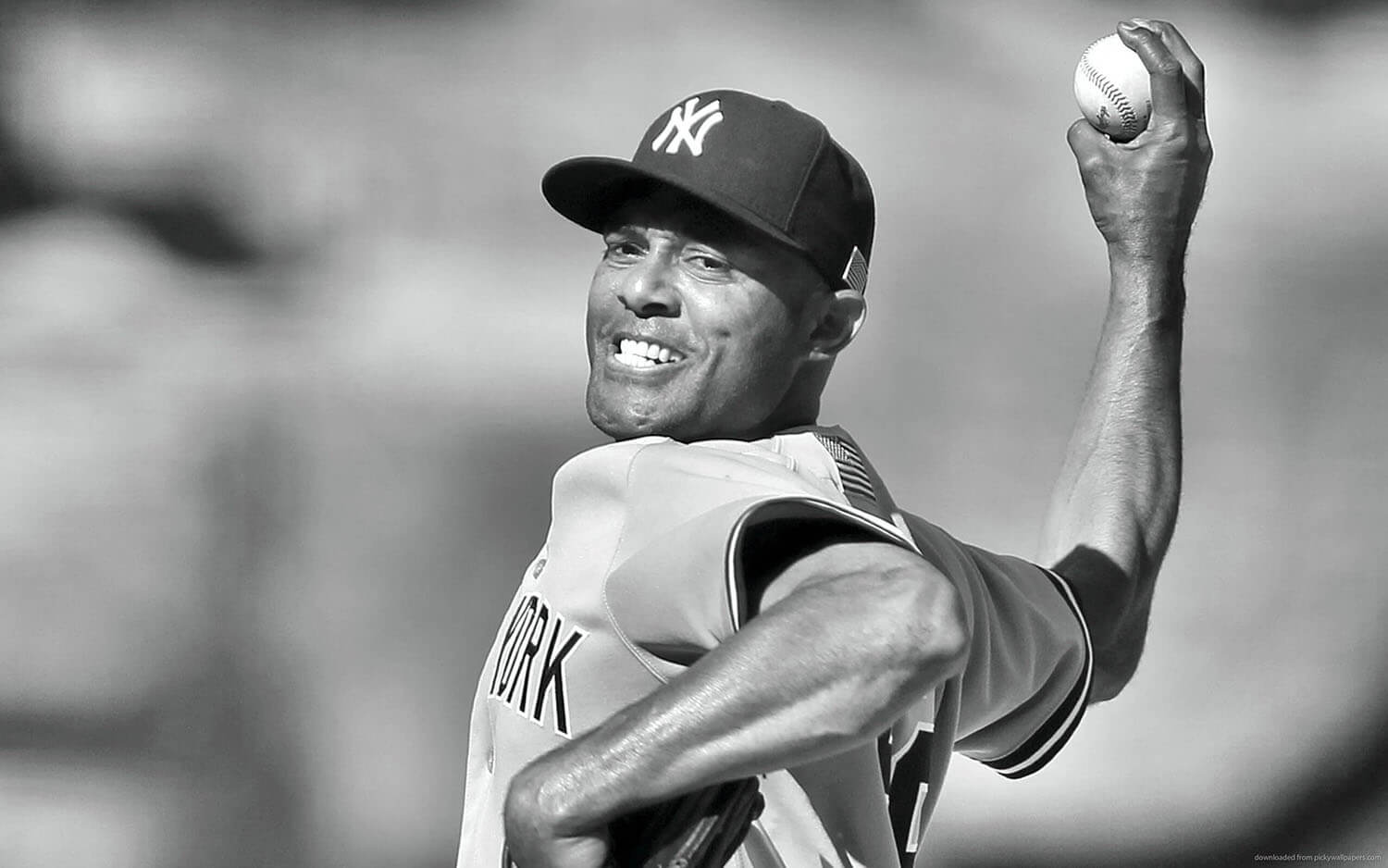 Mariano “Sandman” Rivera had quite a career as a closer with the New York Yankees. He played all of his 19 for the Yankees while tallying a slate full of impressive numbers. He holds MLB records for most 652 saves and 952 games finished. Rivera was a 13-time All-Star, five-time World Series Champion, World Series MVP in 1999, and three-time MLB season saves leader. Not only was Rivera a great player on the field but he has also been recognized for his efforts off of it. He is the two-time winner of the ROBIE Humanitarian Award for his philanthropic efforts from the Jackie Robinson Foundation. When his time comes, Rivera will be an undisputed first-ballot Hall of Famer. 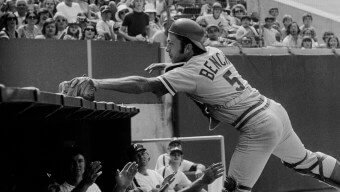 Our pick for catcher is none other than Johnny Lee Bench. Bench played 19 seasons as a professional with the Cincinnati Reds. He was a 14-time All-Star, two-time World Series Champion, World Series MVP in 1976, 10-time Gold Glove Award Winner, and had over 2,000 hits in his career. Bench was known throughout his career for his defense and having a strong throwing arm; he was a key member of Cincinnati’s Big Red Machine in the 1970’s that steamrolled to six division titles, four pennants, and two World Series titles. In 1989, Bench was the first baseball player to ever appear on a box of Wheaties. Bench was elected to the Baseball Hall of Fame in 1989. 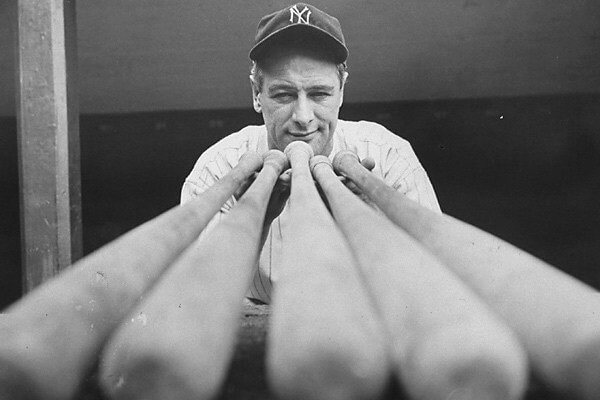 Henry Louis “Lou” Gehrig is one of the most decorated baseball players to ever set foot on a baseball diamond. He played his whole 17-year career with the New York Yankees and being from Manhattan made being a Yankee a dream come true. Gehrig was known for his prowess as a hitter and durability, hence the nickname “Iron Horse." The left-handed batter was a 7-time All-Star, 6-time World Series Champion, two-time American League MVP and won the Triple Crown in 1934 with a .363 Batting Average, 49 Home Runs and 165 RBI’s. The Iron Horse played in an unthinkable 2,130 consecutive games for the Bronx Bombers. Gehrig’s career and life ended abruptly when he was diagnosed with ALS; now referred to as Lou Gehrig’s Disease. Lou was elected into the Professional Baseball Hall of Fame in 1939. 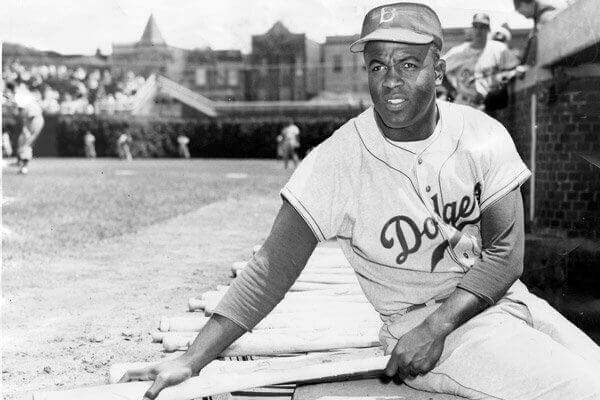 Jackie Roosevelt Robinson might have had the most impact on professional sports than any other player in history. He played 10 seasons for the Brooklyn Dodgers and had a .311 career batting average. Robinson was a 6-time All-Star, a World Series Champion in 1955 and National League Batting Champion in 1949. Jackie was the first African American to play a professional baseball game in 1947. Robinson was elected a first ballot Hall of Famer in 1962, and his number 42 is retired by all MLB teams. After his death, Robinson was awarded the Congressional Gold Medal and Presidential Medal of Freedom.

What are the 10 best baseball movies of all-time? 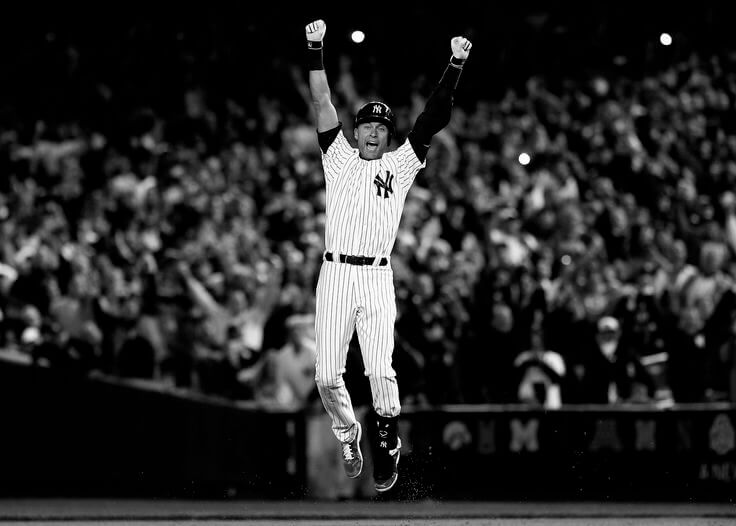 Derek Sanderson Jeter is our pick for the best shortstop of all-time. Regarded as one of the most accomplished professional baseball players, he played his whole 20-year career with the New York Yankees. Jeter had a career batting average of .310, amassed over 3,400 hits and had 260 career home runs. Along with that, he was a 14-time All-Star, 5-time World Series Champion, World Series MVP in 2000, 5-time Gold Glove winner and 5-time Silver Slugger Award Winner. He holds many postseason records including having a .321 career batting average in the World Series. Not only has Jeter had success on the field but off it as well. In 1996, he started the Turn 2 Foundation that helps children and teenagers avoid drug and alcohol addiction. Once eligible, Jeter will undoubtedly be a first ballot Hall of Famer in Cooperstown. 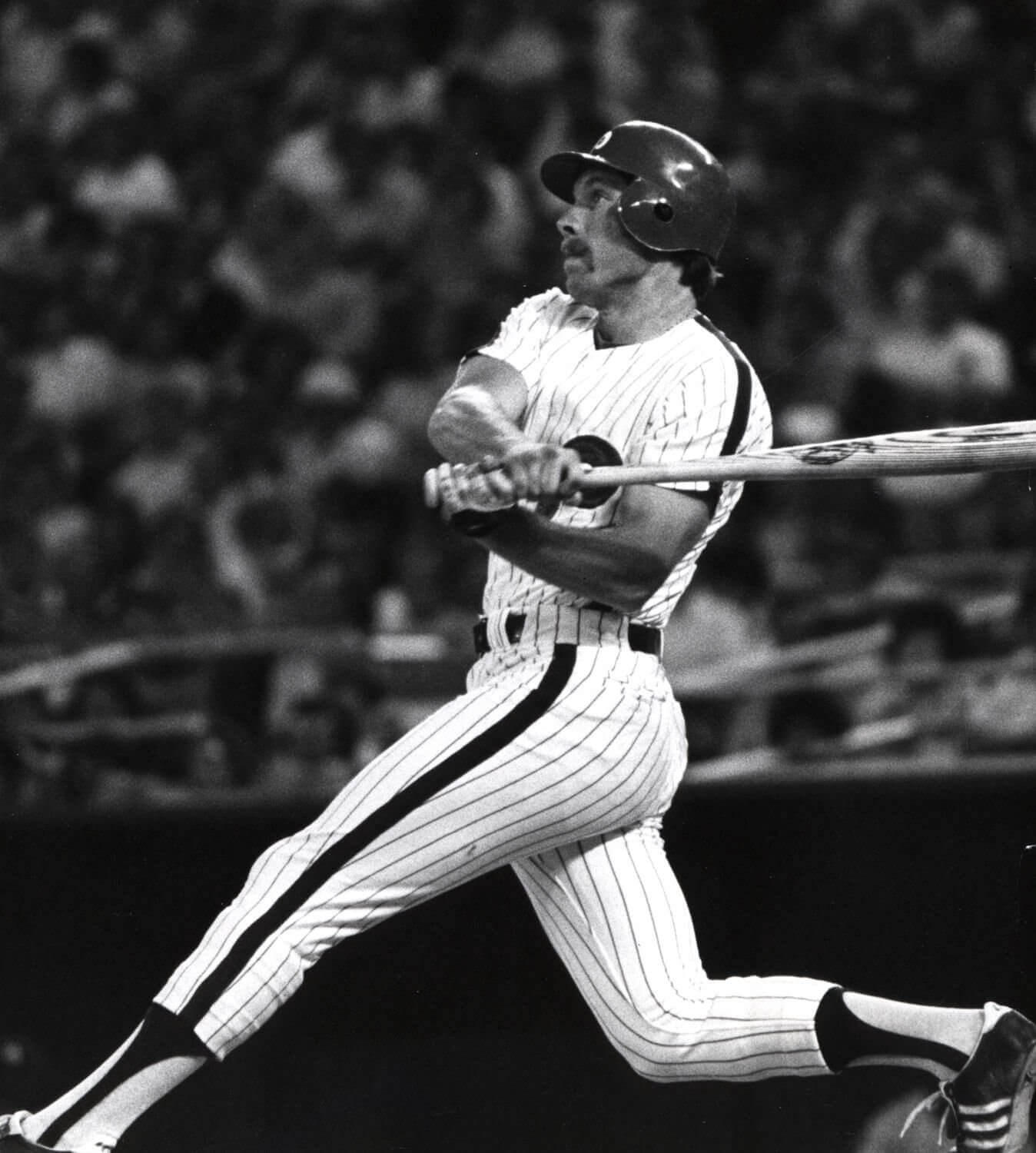 Michael Jack Schmidt made his name as a third baseman for the Philadelphia Phillies. Schmidt played his entire 17 seasons in the MLB with the Phillies and collected over 2,200 career hits in his time. Mike was a 12-time All-Star, World Series Champion and MVP in 1980, a three-time National League MVP, a 10-time Gold Glove Award Winner and 6-time Silver Slugger Award Winner. Schmidt is a Phillies Hall of Famer and has had his number 20 retired. In 1995, Schmidt became a first-ballot Hall of Famer and enshrined in Cooperstown forever. 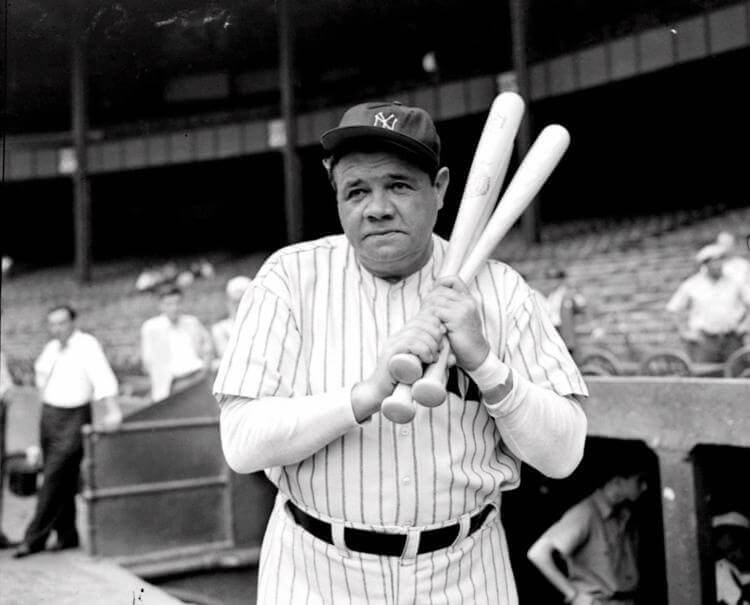 George Herman “Babe” Ruth Jr. is regarded as the best overall baseball player ever to play the game. The Sultan of Swat played 22 professional seasons for three different teams but most notably of the New York Yankees. Crazy enough, Ruth still holds a few MLB records today with a .690 career slugging percentage and on-base plus slugging percentage (OPS) of 1.164. Ruth was a 7-time World Series Champion, American League MVP in 1923, 12 time American League Home Run leader and the American League ERA leader in 1916. Ruth was a pitcher for the start of his career then transitioned to the field where he played multiple positions. The Great Bambino is in the both the Red Sox and Yankee Hall of Fame and was apart of the first class elected to the Baseball Hall of Fame in 1936. 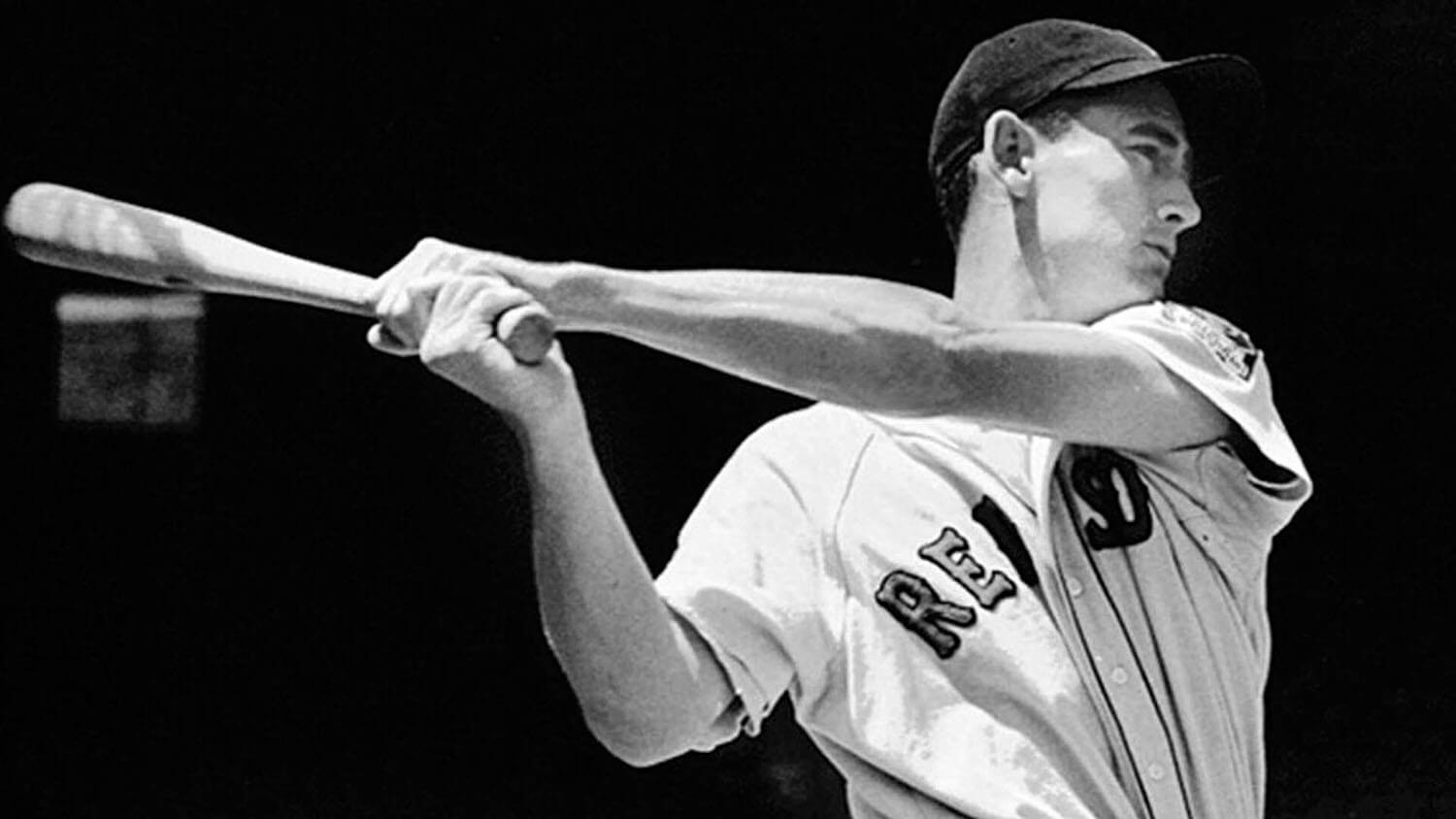 Theodore “Ted” Williams is regarded as one of the most accomplished hitters to ever set foot in the batter's box. He played his whole 19-year career as the left fielder for the Boston Red Sox’s. Williams, also known “The Greatest Hitter Who Ever Lived” had a .344 career batting average, over 2,600 hits and over 500 career home runs. Williams was a 19-time All-Star, two-time Triple Crown Winner in 1942 and 1947, two-time American League MVP, six-time American League batting champion and currently, holds the MLB record with a .482 career on-base percentage. Williams’ career was only cut short because he went to serve in the military in World War II and the Korean War. Williams was elected to the Baseball Hall of Fame in 1966 and also enshrined in the Boston Red Sox Hall of Fame. 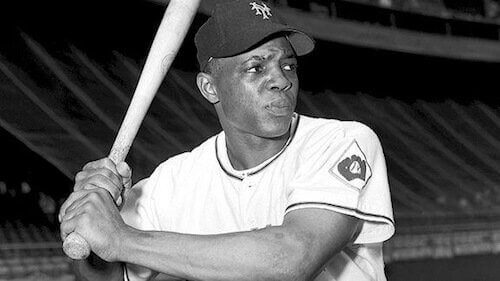 Willie Howard Mays Jr. is known as one of the most electrifying and best all-around players to ever play the game of baseball. Mays played his whole career with the New York/San Francisco Giants. During that time, Mays was a 24-time All-Star selection, World Series Champion in 1954, two time National League MVP and 12 time Gold Glove Award Winner in centerfield. In the 1954 World Series against the Cleveland Indians, Mays had one of the most iconic catches in baseball history. Mays had an over-the-shoulder running catch in deep center field late in Game 1 of that series to seal the game. Mays also served in our military as he was drafted by the U.S Army during the Korean War in 1952. In 2015, he was awarded the Presidential Medal of Freedom for his service. Mays’s number 24 is retired by the San Francisco  Giants and was inducted into the Baseball Hall of Fame in 1979. 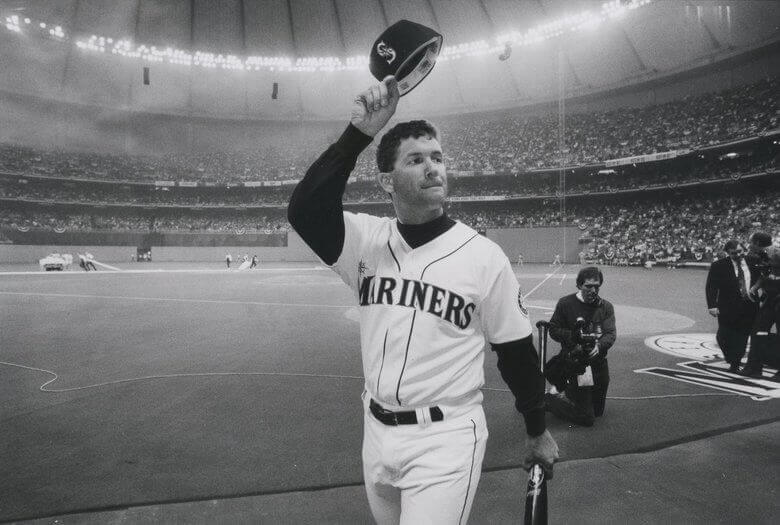 Edgar “Gar” Martinez played his whole 18-year Major League career with the Seattle Mariners. After playing his first few seasons as the Mariners primary third baseman, he officially made the switch to designated hitter in 1995, and the rest is history. Martinez is a .312 career hitter with over 2,200 career hits and over 300 home runs. During his career, he was a 7-time All-Star, five-time Silver Slugger Award winner and two-time American League Batting Champion. Martinez is the only full time designated hitter to win a batting title which was in 1995 with an average of .356. Not only has Martinez made an impact on the field, but off it as well. Martinez has been actively involved in countless charities in the Seattle area including his Endowment for Muscular Dystrophy Research, Overlake Hospital, United Way and Wishing Star Foundation. Martinez’s number 11 is retired by the Seattle Mariners, and it is only a matter of time before he is elected into the Professional Baseball Hall of Fame in Cooperstown. 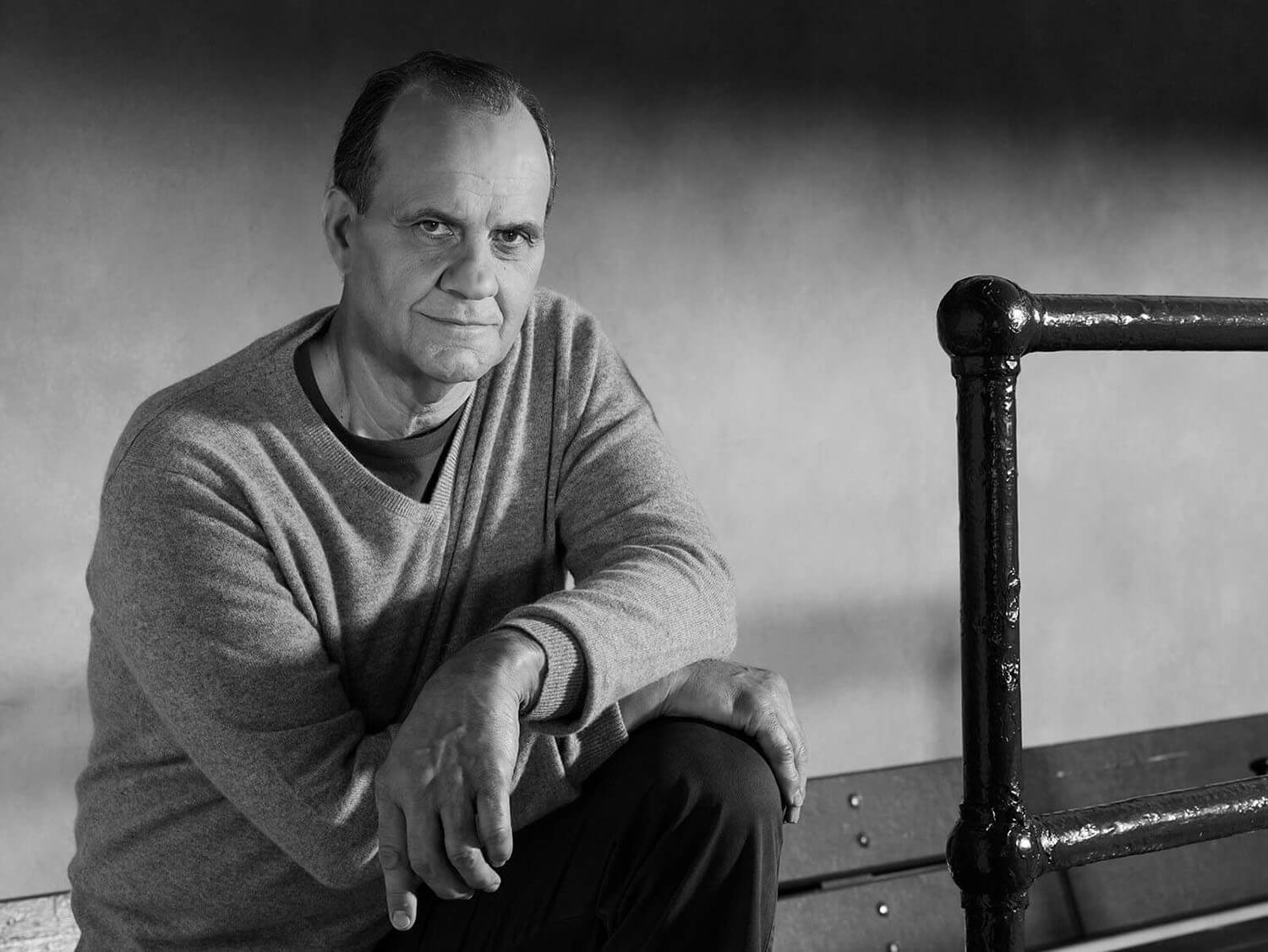 Joe Torre spent 29 seasons as an MLB Manager, mainly with the New York Yankees. In those years, he amounted a .538 winning percentage and won over 2,300 games. Torre wasn’t only a manager, he was also a 9-time All-Star Selection and National League MVP with the St. Louis Cardinals in 1971 as a professional player. Torre is the only person in MLB History to achieve both 2,000 hits as a player and have 2,000 wins as a manager. As a manager, Torre won four World Series Championships with the New York Yankees and was a two time American League Manager of the Year with the Yankees in 1996 and 1998. Torre’s number 6 is retired by the Yankees and is a member of the St. Louis Cardinals Hall of Fame for his time as a player. Torre was also inducted into the Baseball Hall of Fame in 2014.

All of these players serve as great role models to all existing professional players and to all young baseball players.  Now it's your turn, we want to hear from you. What do you think of our Baseball Dream Team? Did we forget any?

Leave your thoughts in the comment section below. Meanwhile, if you ever have any baseball bat or softball bat related questions, don’t hesitate to give our Bat Experts a call at 866-321-2287 , shoot them an email at experts@justbats.com, or click here to live chat. Remember, with our customer service, we'll be here from click to hit!

Filed Under: MLB
You can compare a maximum of four items.
Please remove one item to add another.
Add up to 4 items to compare.
Compare (0 of 4) Show Comparison
ERRR