You spend a lot of time with your teammates throughout the duration of a season. Whether you’re traveling for a tournament, waiting for your next game, or at practice, the bond you create with them is unlike any other in sports.

One of the most beautiful parts about the game of baseball is that each player is unique. Each player has their own personality, tendencies, reputation, and most likely fall under one the many baseball stereotypes! Some players show up with 10 arm bands, some are always 10 minutes late, and some swing 10 bats in the on-deck circle. We are here to break down each stereotype so you can decide which ones fit your teammates. Let’s dive in!

Absolutely no talent at all. BUT, the Scrappy guy always seems to make a big play when you least expect it. He’s usually short, skinny, and works harder than anyone else on the team to keep his spot. He doesn't leave the ballpark until his baseball pants and jersey are coated in dirt, a perfect treat for mom and dad. This guy usually plays second base or the right field position and is doing a lot of this: 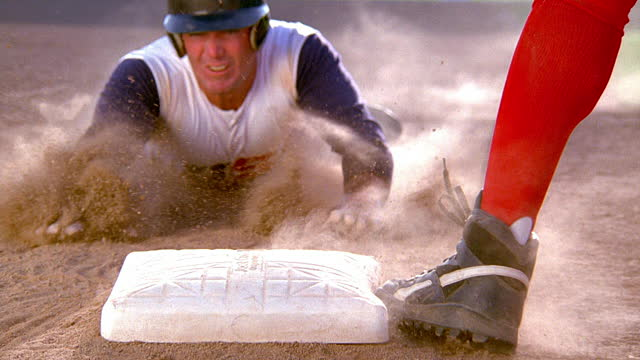 Again, typically someone who’s not seeing much playing time on the field, but, loves his teammates and loves to have fun. He’s the guy staying up late at night watching handshake videos on Youtube and then comes to practice the next day claiming "I just made it up!" You need a guy like this on your team. He's the glue that keeps it all together.

This guy is tough to deal with in the dugout. He’s always organizing bats in a certain way, making sure people are sitting in certain spots on the bench, and taking a two-minute pre-swing routine.. EVERY TIME. At the end of the day, you have to respect the Superstitious Guy because of the winning streak you’re riding out. Some call it superstition, others call it tradition. 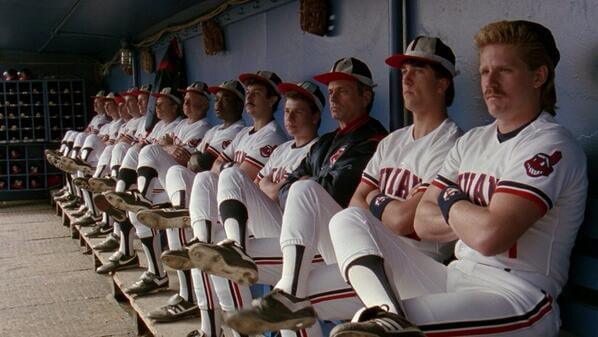 “Took a bad hop” is usually the first thing out of this guys mouth after an error. This is the teammate who looks at his glove after dropping a popup, the one blames the sun for missing a ground ball, or the umpire after striking out looking. There’s always something with this guy.

This one is tough to swallow. The last thing you want your teammates screaming at you is the fact that you are indeed, ‘due’. Great, now everyone in the crowd knows I haven’t gotten a hit since May. Thanks, guys

There is nothing wrong when it comes to having a baseball stereotype. In the end, it's probably better to be known for something than nothing at all. It’s what makes this game so great to play. Do you have a teammate with a stereotype we didn’t cover? Put it in the comments below and share this article!

If you have any specific questions, our Bat Experts are available via telephone at 866-321-2287, email at experts@justbats.com, or you can chat with us during business hours. Don't forget, we'll be here for you from click to hit!

Filed Under: Lists Technology & Terminology Vendors / Brands
You can compare a maximum of four items.
Please remove one item to add another.
Add up to 4 items to compare.
Compare (0 of 4) Show Comparison
ERRR