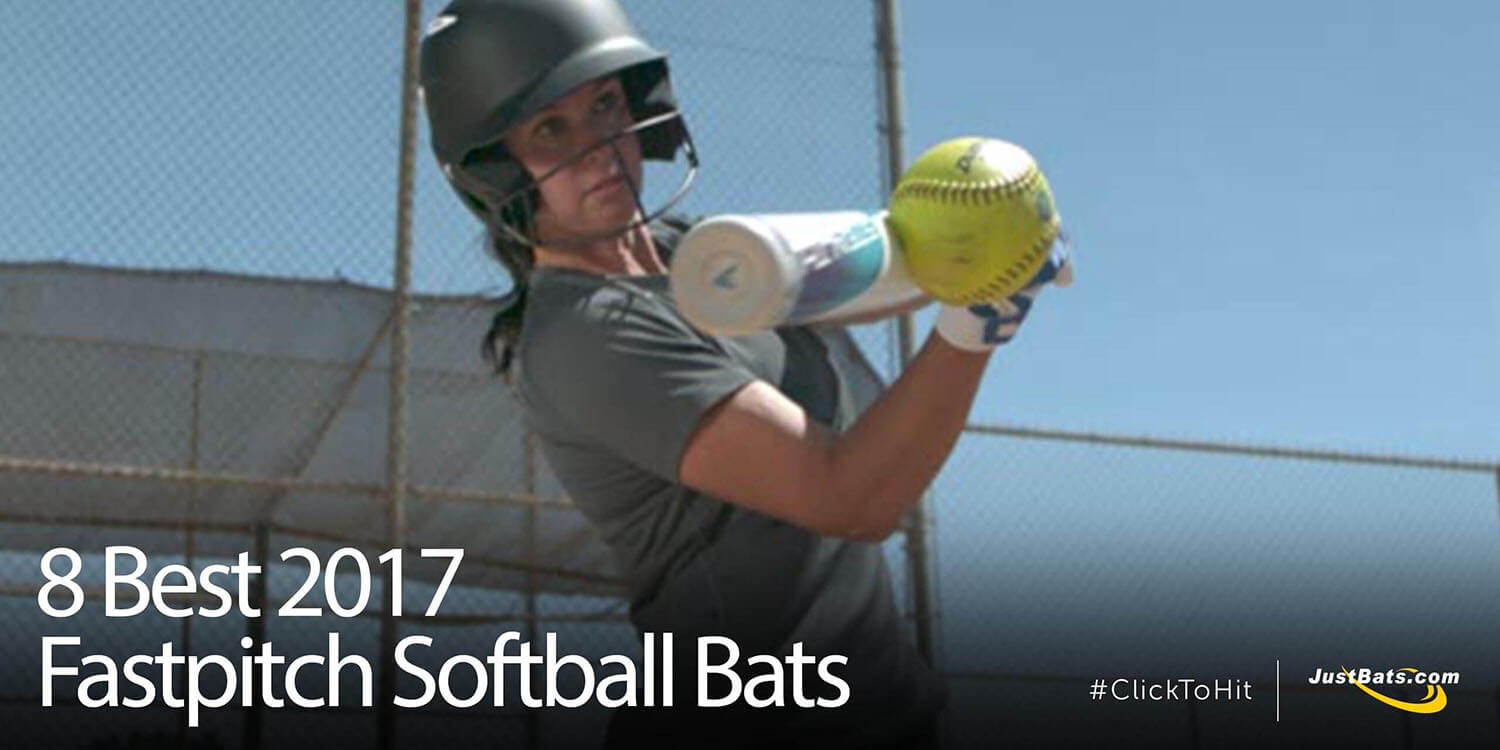 The best 2017 Fastpitch softball bats? Simply, the one that makes you feel the most comfortable at the plate. Rest easy, JustBats.com can help find you the perfect softball bat.

Since the start of 2017, there are eight 2017 fastpitch bats that have been widely praised. Here's everything you need to know about the eight bats for 2017 that will be a homer for you on and off the ball diamond.

Louisville Slugger wasn't satisified with the cutting edge technologies associated with previous models, so they enhanced it. This Fastpitch softball bat may have a new name and new features, but it is still the same in regard to its ultimate feel and unparalleled performance. But, the improved TRU3 three-piece connection reduces vibration and increases durability. Other key features of the 2017 Louisville Slugger LXT Hyper:

The leader in the clubhouse for Fastpitch bats? DeMarini. The CF9 enhances the previous CF8 model and offers the most balanced swing on the market. The brand new Paraflex Composite Barrel offers 22% stronger carbon fibers compared to the Paradox+ Composite on last year's model. Other key features of the 2017 DeMarini CF9:

JustBats.com is the exclusive seller of COMBAT bats, including the MAXUM Fastpitch lineup; known as the bats with the longest barrels. Additionally, the MAXUM delivers ultra fast swing speeds with the lowest swing weight ever offered in this model. Each MAXUM Fastpitch softball bat is superbly crafted with a seamless construction. Other key features of the 2017 COMBAT MAXUM:

The highly anticipated XENO Plus provides the exclusive Performance PLUS composite material, the utmost power, and supreme durability that one has come to expect from previous Louisville Slugger models. This bat is armed with advanced features that result in maximum energy transfer, reduced vibration, and optimal performance. Other key features of the 2017 Louisville Slugger XENO Plus:

The state-of-the-art Flex barrel design on the Easton Stealth produces a softer, more flexible barrel that delivers an improved overall feel. The bat is elegantly crafted into a two-piece, fully composite design that combines the CXN ZERO with the Flex technology for power and feel that are perfectly aligned. Even more can be learned about the Stealth Flex in this in-depth bat review. Other key features of the 2017 Easton Stealth Flex:

Another colorful version of the popular CF9 series, this version is deal for younger players who take their game seriously and know that dominance has no age. The D-Fusion 2.0 handle technology eliminates vibration on off-center hits while redirecting more energy into the barrel. Other key features of the 2017 DeMarini CF9:

Featuring a -10 length to weight ratio, a 2 1/4 inch barrel diameter, and a one-year warranty, the Quatro took 25,000 hours of drawing, prototyping, and testing to create. It paid off. Performance, flex, balance, and distance are the four parts that make up the innovative Quatro. Other key features of the 2017 Rawlings Quatro:

Do you have a favorite Fastpitch softball bat? Which 2017 bat would you like to swing?

If you have any questions on Fastpitch softball bats, give our Bat Experts a call at (866) 321-2287 or email us at experts@justbats.com or Live Chat with our experts. Remember, we're here for you from Click To Hit!

Filed Under: Fastpitch Bats
You can compare a maximum of four items.
Please remove one item to add another.
Add up to 4 items to compare.
Compare (0 of 4) Show Comparison
ERRR