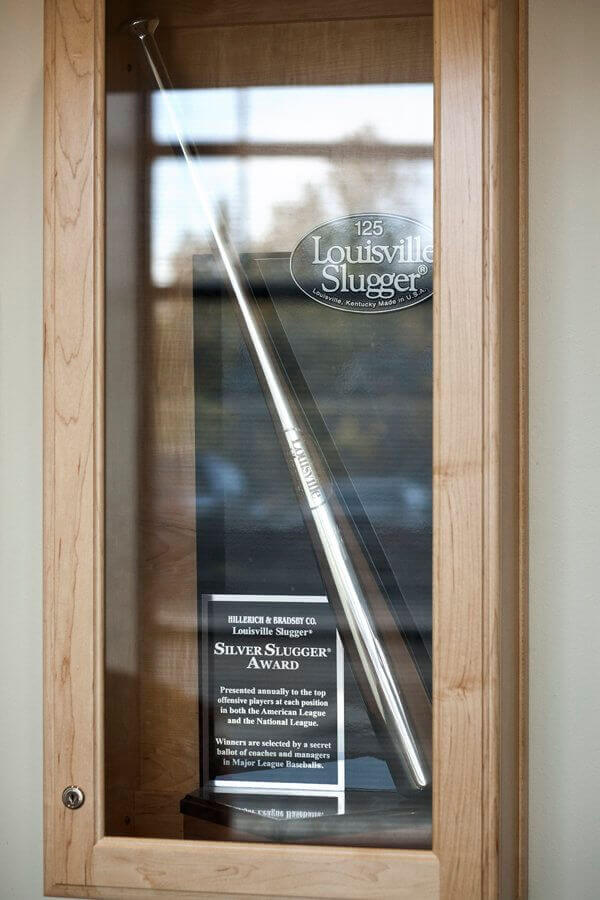 The Louisville Slugger Silver Slugger Award is yet another prestigious award given to those players who are arguably the best offensive players at their respected position. Players are chosen from both the American League and the National League at each position and voted on by the coaches and managers from both leagues. Check out the winners below!

• Tigers Catchers have won 10 out of 32 Silver Slugger Awards since the awards began in 1980
• Curtis Granderson is the first player in MLB history to finish a season with at least 40 homers, 10 triples, and 25 stolen bases
• Jacoby Ellsbury led the regular season in extra-base hits with 83
• This year (2011) the Yankees and Diamondbacks were the only two teams with multiple players winning the award