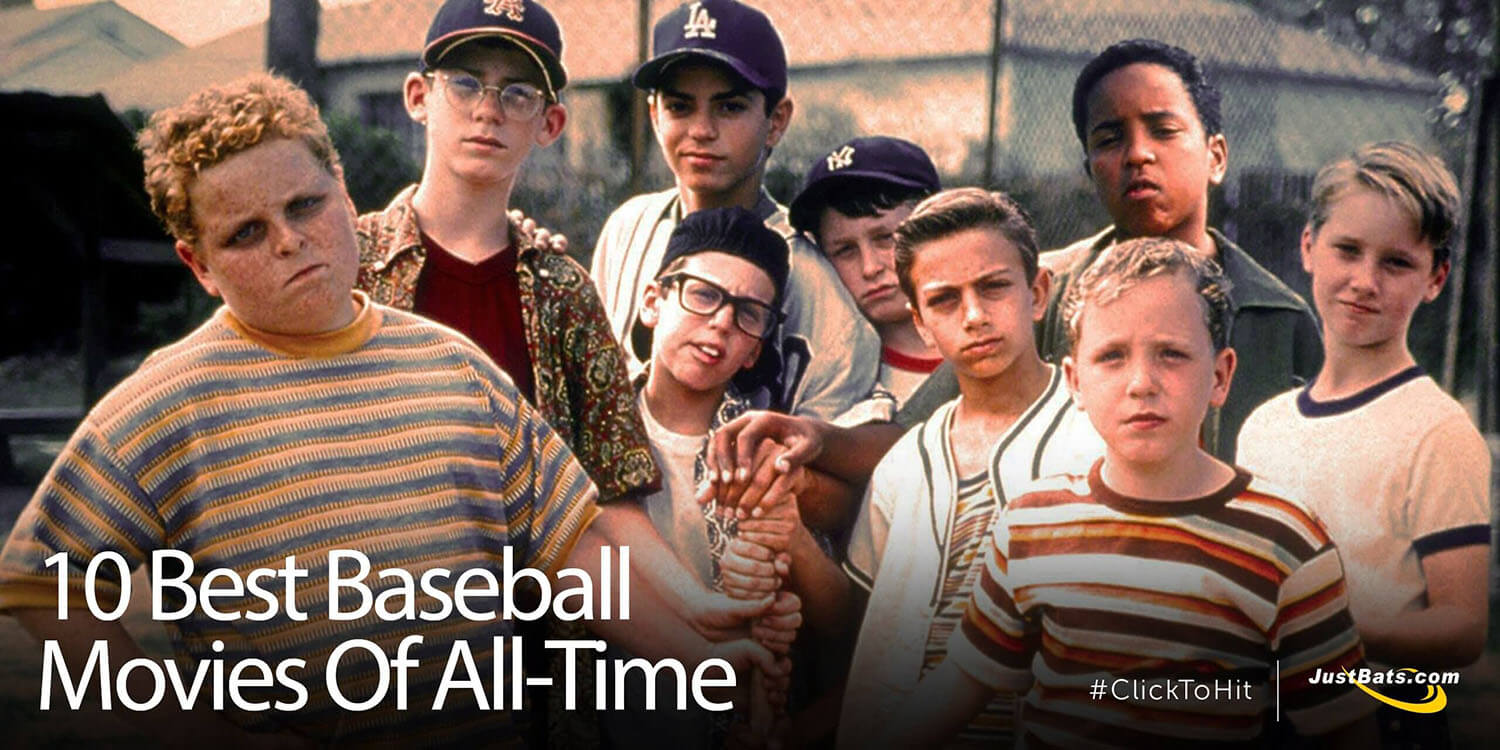 "You wanna have a catch?"

"There's no crying in baseball!"

"How can you not get romantic about baseball?"

The marriage between cinema and baseball has long been a happy one. Baseball is filled with pageantry, romance, history, emotion, and scenery, so it makes sense that Hollywood would want to capture all of this on film. There have been some strikeouts as far as baseball movies go, but, wow, have there been some grand slams too. That's why JustBats.com has conducted unofficial polls to produce the list of 10 best baseball movies of all-time. 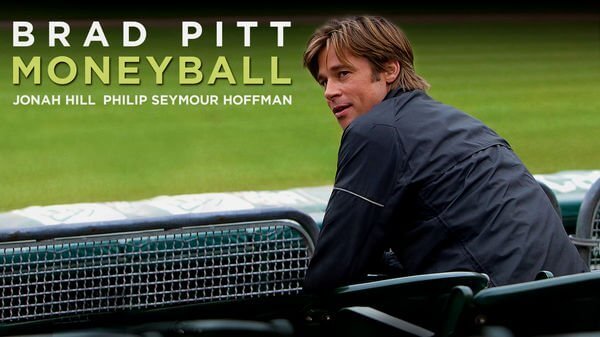 Movie tagline: What are you really worth?

Based on Michael Lewis' best-selling book about Oakland Athletics' General Manager Billy Beane's plight to change the game of baseball. Beane is handicapped with the lowest salary in MLB, but to win the World Series, he must find a competitive advantage. By using statistical data to analyze and place value on players, he finds it. This film was nominated for six Oscars. 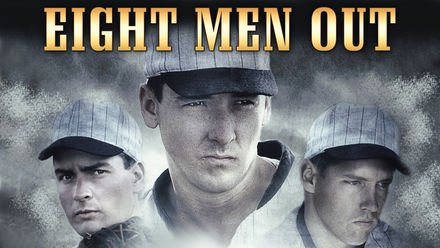 Movie tagline: The inside story of how the national pastime became a national scandal.

The Black Sox. This true story of the 1919 Chicago White Sox details the variables that led to a talented team conspiring to throw the World Series and tarnish America's pastime. Despite being found innocent by a jury, eight White Sox players are suspended from baseball for life. Gamblers and penny-pinching White Sox owner, Charles Comiskey, play key roles, but the film also plays as a tribute to one of the greatest players to not be in Cooperstown: Shoeless Joe Jackson. 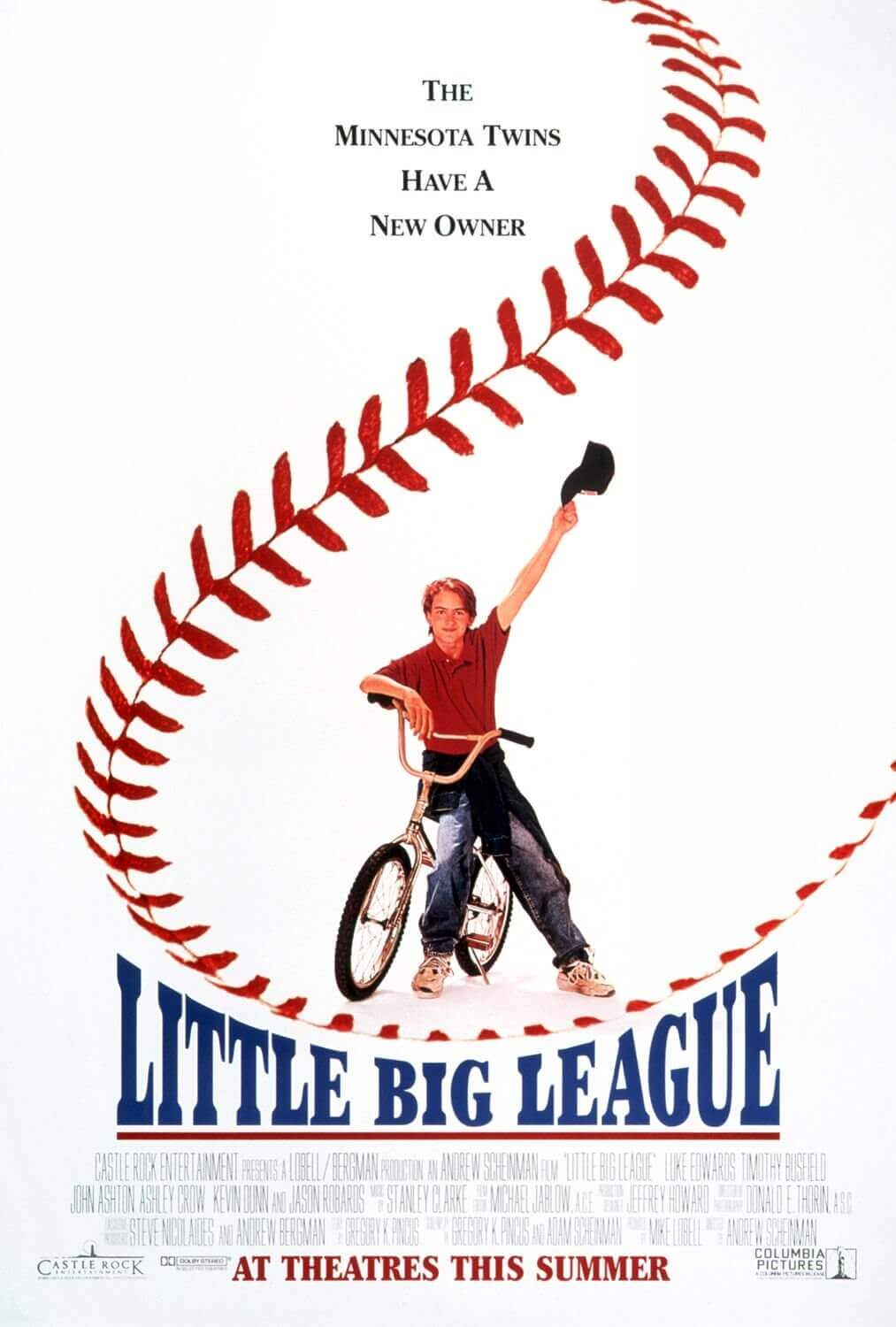 Movie tagline: The Minnesota Twins have a new owner.

A precursor to the sabermetrics era of baseball, this flick is both loveable and corny. When the Minnesota Twins' owner suddenly dies, his will bequeaths the team to his 12-year-old grandson Billy. Combining childlike fun, baseball history, and a sixth sense for analysis, Billy takes over as manager and leads the Twins on a fun-filled season. So what's standing in their way? Ken Griffey Jr. and the Seattle Mariners.

It's World War II, and all the men are fighting the war and women are filling the vacated jobs, including those on the baseball diamond. Highlighted by comic relief from Rosie O'Donnell, Madonna, and former-player-turned-drunk-manager Tom Hanks, the movie succeeds in telling the true tale of female players helping to keep baseball alive during the war while intersecting subplots that include sisterhood, death, and competition. 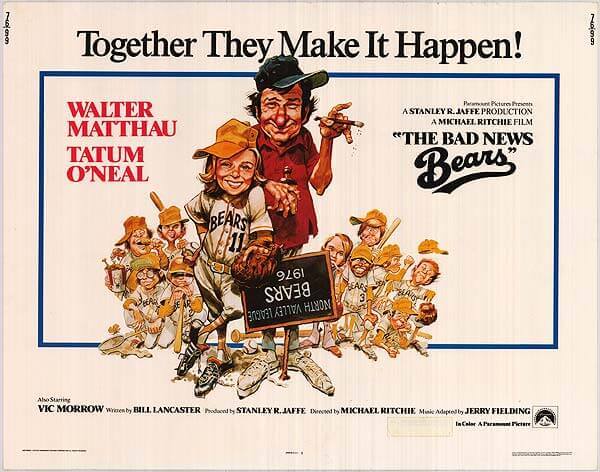 Movie tagline: ...together they make it happen.

Walter Matthau plays Morris Buttermaker, a former minor leaguer who is now a lazy, beer drinking pool cleaner that takes a Little League coaching gig for money. His team, the Bears, are loaded with misfits that share one trait: no baseball talent. Buttermaker adds a girl pitcher and a cigarette-smoking punk to improve the squad and to try to win a championship for this gang of Southern California little leaguers. 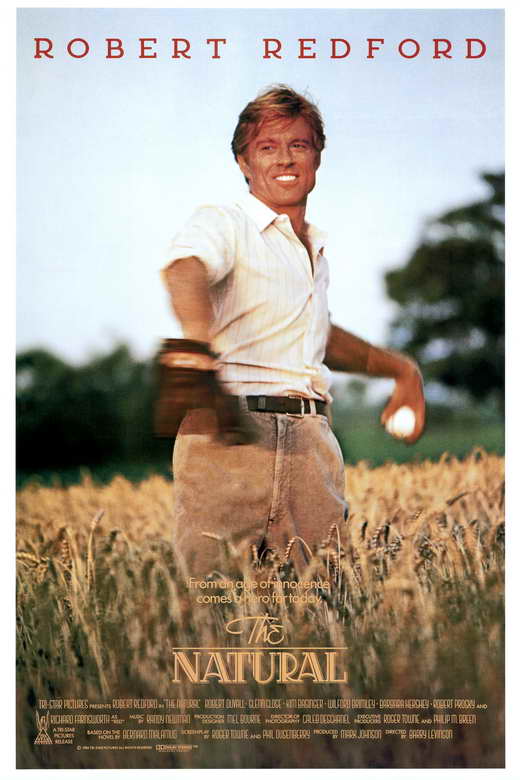 Movie tagline: He lived for a dream that wouldn't die.

Remember the baseball making the lights explode? You've seen that scene, right? Nominated for four Oscars, The Natural mixes nostalgia, magic, and mystery to tell the story of an unknown middle-aged player, Roy Hobbs, becoming a legend during his time with a losing 1930s baseball team. Sure, the movie is corny at times, but we can all relate to selecting a baseball bat and hoping "to pick out a winner, kid." 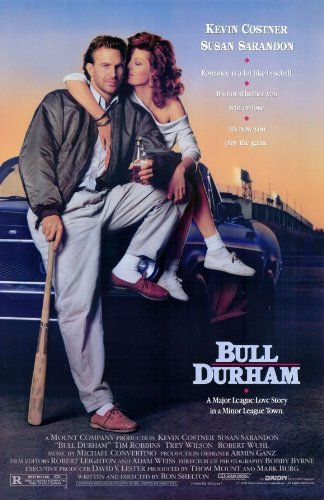 Movie tagline: It's all about ____ and sport. What else is there?

Crash is an aging minor league catcher who is handed the task of helping a young rising star pitcher deal with maturity issues. Naturally, a love triangle unfolds between Crash, the pitcher, and Ann, a baseball groupie who takes a unique approach to the game. Adult driven themes make this classic unsuitable for young children, but the quotes and minor league atmosphere will delight the baseball-loving adult. 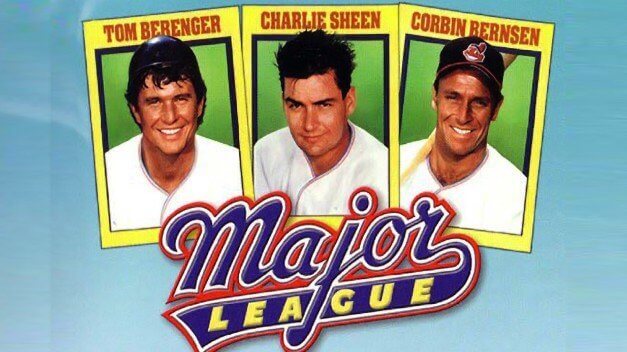 Movie tagline: When these three oddballs try to play hardball, the result is totally screwball.

The quinessential baseball movie. The Cleveland Indians' new owner wants to move the team to Miami, which is why she assembles a lousy team of misfits to justify a move. But, a past-his-prime catcher, a felon with a 100 mph fastball, and a speedy-but-naive leadoff hitter, and more combine to win just to spite her. The movie is one-liners and underdog themes that have set the golden standard for how memorable a baseball movie can be. 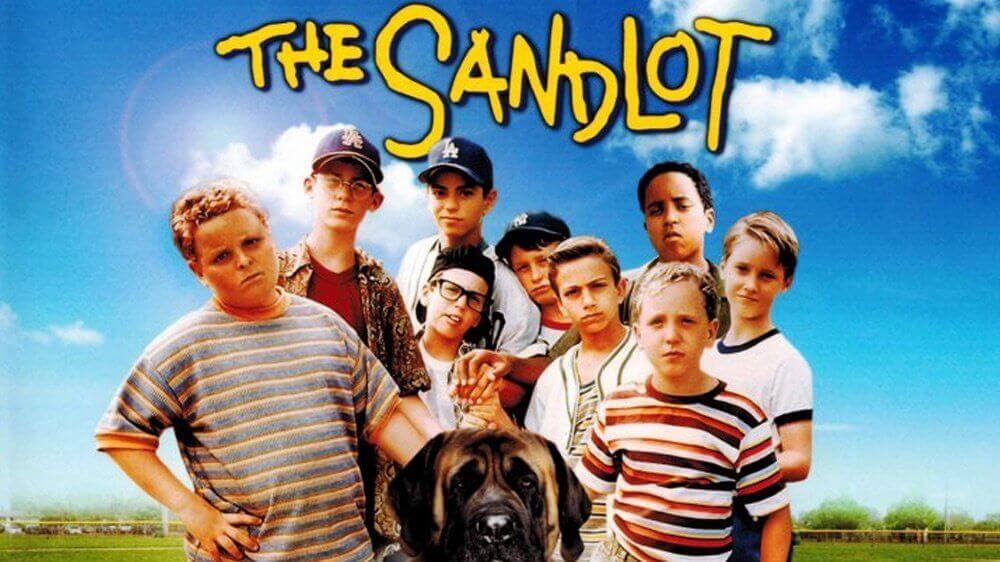 Movie tagline: A piece of paradise a half block wide and a whole summer long.

When Scott Smalls moves to a new neighborhood and shows an interest in playing baseball with some local baseball buddies, he never expects a summer full of adventure. Set in 1962, this coming of age tale is perfect for the Little Leaguer who loves the game. The national pastime is loved for its lore, legends, and memories; The Sandlot manages to capture all of those sentiments in a film that will make you nostalgic for those summers where your only worry was what position you were going to play. 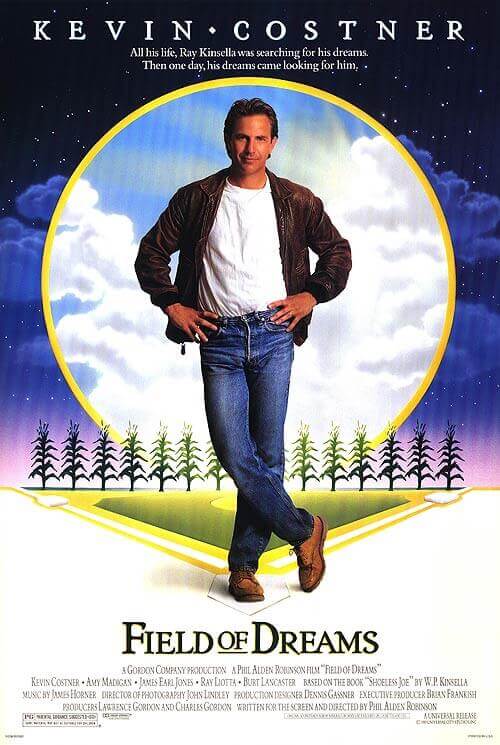 Movie tagline: All his life, Ray Kinsella was searching for his dreams. Then one day, his dreams came looking for him.

Nominated for a Best Picture Oscar, Field Of Dreams explores the magical relationship baseball can hold in someone's life and the bond it can form between father and son. Ray Kinsella is an Iowa corn farmer, but then he starts hearing voices in the field. "Build it, and he will come." Baseball history is woven throughout with appearances by Fenway Park, the 1919 Chicago White Sox, Shoeless Joe Jackson, and Moonlight Graham. The movie's popularity continues today, as you can visit the Field of Dreams if you happen to be in Dyersville, Iowa.

Did your favorite baseball movie make the cut? Did we strike out on the order? Let us know in the comment section.

If you have any questions on cinematic classics, baseball movie quotes, baseball bats, or  softball bats, then give our Bat Experts a call at (866) 321-BATS (2287). We're here for you from click to hit!

Filed Under: MLB Lists
You can compare a maximum of four items.
Please remove one item to add another.
Add up to 4 items to compare.
Compare (0 of 4) Show Comparison
ERRR