Slow pitch expert, Hobbs, breaks down the 2013 USSSA & NSA Bat Standards in slow pitch softball. Watch and learn to ensure your bat is approved for play.

Hey, guys! Today I’m going to talk about the new bat rules in USSSA softball and NSA softball. USSSA softball is the biggest softball organization around, with over 1.5 million players. As of January 1, 2013 all USSSA bats now have to have the new USSSA thumbprint. All the bats here at Just Bats have them. It’s a new testing standard they’re using. It’s great. The bats are still really hot. They’re all great. NSA also is the same way. They have the NSA stamp that you have to have on the bat. Most bats that are legal for USSSA are legal for NSA. In the past, a lot of people knew that ASA bats were legal in NSA and USSSA. If it was ASA, it was naturally legal for USSSA and NSA. Now that’s not the case. ASA bats are now hotter, so they’re not legal in the associations. A lot of your old USSSA stamps with the old stamp are not legal anymore, especially now. As of January 1, 2013, like I said, they’re not legal anymore. They have to have the new thumbprint for USSSA, the 1.20 thumbprint. One big difference this year in NSA and USSSA is your old stamped USSSA bats that still have the NSA stamp on them are still going to be legal in NSA for another year. You can still swing all your USSSA stamp bats in NSA. And both associations, NSA and USSSA, all the bats are made out of composite, an alloy material, or a metal material. There are some wood bats. They do need to be stamped if you want to use them in actual tournament play, but if you just, you know, are wanting to swing one without a stamp, you can do that as well – just not in tournaments. If your bat’s heavily altered, dented, you know, end cap’s rough, you lose your stamps on there, they’re going to be illegal. You know, you’re going to go to the USSSA tournaments or NSA and they’re not going to let them fly, so make sure to take care of your bat. Another thing is, bat doctors, if you’re going to alter them, get ready to get them thrown out. Don’t be altering your bats. You know, it could be a two to five-year first time – if they catch you one time, a two to five-year ban from softball. You don’t want that and neither do we. Any questions you have for us, contact us at JustBats.com and remember, from click to hit. 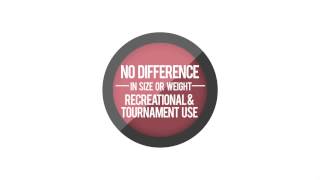 This video is a great tool for anyone who wants to know the basics as they look ... Read More 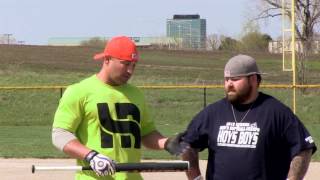 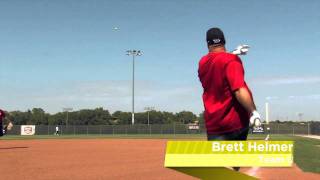 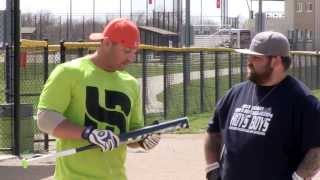