One of the best female fastpitch players of all-time, Michele Smith, opens up to JustBats.com about her extraordinary faspitch career as a pitcher and the challenges she faced as an athlete. Watch and learn what it takes to become one of the best in the game.

When I was younger, I was kind of that typical ADD kid that couldn't sit still. So my mom was always throwing me outside and saying, "Go play." And I'd play in the neighborhood with the guys. We'd play a lot of either football or baseball, flies and grounders. And once I got old enough to play organized sports, I started playing a lot of youth softball. But I was usually a shortstop or an outfielder, and I didn't start to pitch until a little bit later. As I got into high school, I played field hockey, I played basketball and I played softball. And then softball of course was something that I was very passionate about. I didn't start to pitch though until my sophomore year in high school. That was very interesting, because most young athletes start pitching nowadays when they're eight, nine years old. So I didn't really start to pitch until I was 15. So I had a late start, but worked very hard in the off season. So I would pitch after field hockey practice. I would pitch after basketball practice. And ended up being pretty successful. Did my homework. Took physics and started to understand the pitching, why things worked, why they didn't work. But I enjoyed it. I just was always that kid that like to move and keep busy, so sports was a great opportunity for me to burn off that energy. Starting late was a big challenge that I had to overcome. Learning how to deal with the adversity and learning how to be a pitcher where a lot of the pressure is on your shoulders and you can throw one bad pitch and the team can lose the game. So that was a challenge for me and then I went onto throw obviously in college. I went to Oklahoma State University. And after my freshman year at college I was involved in a car accident. And I ended up of all parts of my body I ended up hurting my left elbow. And so being a lefthanded pitcher that wasn't so great. So I was actually lucky to be alive after the accident. I was ejected out of a truck going about 40 miles an hour. And it chopped off part of my elbow bone. They told me I would never pitch again, but I was really fortunate. I had a great training staff at Oklahoma State University. They got my arm on rehab back, like the hardest thing for me was getting the range of motion back after I got out of that cast. I could only move my arm about 15 degrees. So it was a big challenge to get the range of motion back. Then get my muscle back because my arm was severely atrophied. So yeah, I was really are not to be able to come back from that adversity. But it taught me a lot about pitching, about who I was as a person and just life isn't always easy. After I came back from the accident I was __ _. Went onto then play for the U.S. National Team, which was always an honor. And that was probably my ultimate goal was to represent the United States of America, wear that red, white and blue jersey. To me that would be the pinnacle of your sport as being good enough to be one of the best to wear that U.S.A. uniform. So ironically enough that accident that I talked about the day of that accident was July 21st 1986. The first ever Olympic softball game was July 21, 1996. So it was ten years to the day, the first ever Olympic softball game. So a lot of times when I talk to people and say, you don't know why things happen or you have to work through adversity it's a pretty good example of that. I was told I would never pitch again. Well ten years later I was walking on the field in a U.S. uniform to play in the first ever Olympic softball game. That was my first Olympic gold medal is what I like to say. When you come down to a win or go home situation like what you guys are in you just need to make sure you're at that peak performance. That peak area of performance where you are focused for the next hour and a half on nothing but softball, nothing but what you're doing, what your teammates are doing, don't worry about what you're having for dinner or if you're going to see your boyfriend on Friday or whatever. You can worry about all that stuff after you're hour and a half is over. So just give every ounce of your energy to every single pitch, every single play. Any athlete in any field, I think the big thing is your effort. I always like to say it's like E square, excellent and effort just give a little bit more. And a lot of times that's what’s separating the good from the great. And that great person, that great athlete, that great mentality is always willing to give just a little bit more. So I think that's a big thing. And I think a lot of it too is confidence, is just knowing that if you put your homework in and you put in that extra little bit of effort, have the confidence to go out there and realize that be passionate, love what you do and don't view setbacks or failure as anything other than learning experiences. View them as steppingstones to help step up. Not that it's a step back. 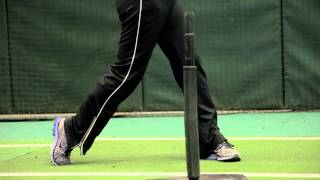 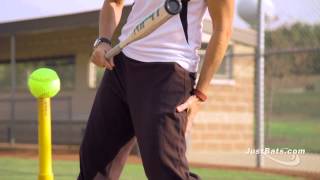 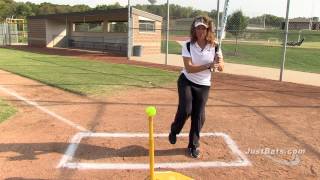 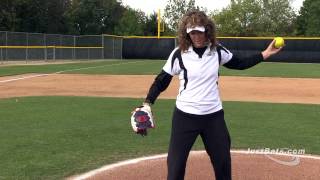 How to Throw a Dropball with Michele Smith