(The following article is a guest blog post from Brett Rudy of the Boston Amateur Baseball Network.)

The Boston Amateur Baseball Network may just use more wood bats than any other amateur hardball organization in the country. After all, Boston is home to about 50 collegiate baseball programs, and when these students graduate, they continue to look for leagues to play in. This doesn’t even include all the high school athletes who never continued on to play baseball collegiately. Because of this demand, there is no shortage of adult leagues within the Boston-Metro area – and almost all of these leagues are wood bat.

Amateur baseball players buy their own bats, and usually need three or four to get through a season. These guys have to know what bats they want to swing by figuring it out on their own. Teammates won’t lend teammates bats to try. That’s taboo. The risk of having your bat broken is not a risk worth taking. Plus, it’s cost prohibitive to buy several bats to try. So players are left to figure out which bat to choose on their own.

Top 4 Things to Consider When Choosing a Wood Bat

In speaking with players from across the top leagues in Boston, we narrowed down the wood bat selection process to four primary considerations.

1. Wood type – popular lumbers include maple, ash, and birch. Different woods have different weights and feels off the ball. Maple tends to hit harder since it is a dense wood. Meanwhile, I find ash is softer on the hands during cold weather. And lots of guys carry a longer-lasting composite to get them through cage sessions and the off-season.

2. Turn model – how the bat is shaped off the lathe determines the overall feel of the bat. The 110, 271, 243 and 161 are the most common models. Their shapes define how the bat fits in your hand, overall balance, and how it glides through the zone while swinging. (Get more on different turns of wood bats.)

3. Appearance – Guys would be lying if they said they didn’t want their bat to help them to look sharp at the plate. Team colors and personal engraving are also quite common.

4. Price – Affordability comes into play, especially if you need a bunch of bats to get you through the season.

Amateur ballplayers from Boston know bats as well as anybody. The diverse New England weather requires players to choose a bat that’s durable enough to get them through all sorts of seasons. How do they do it? Here are some tips and interesting insights, directly from amateurs with some of the strongest opinions and best swings from Boston’s heaviest hitting leagues. 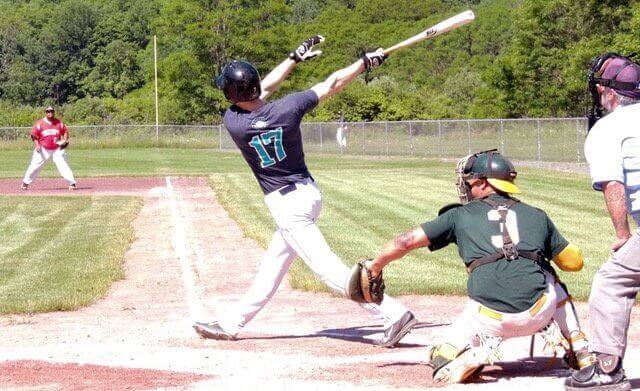 Kyle Power, Palmer Club, Boston Park League – “Regardless of brand, calling out the Louisville Slugger turning model number equivalent is an important data point where applicable. Also, although length and weight matter, handle and knob circumference are also important to a lot of guys because feel is such a big factor. I swing a MaxBat model R10.” 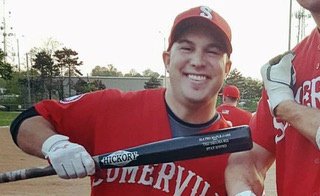 Teddy Dziuba, Somerville Alibrandis, Yawkey Baseball League – “To Kyle’s point, if I told you I swing an Old Hickory J143, few people will know what that means. But if I tell you I swing a C243 (which is the Louisville equivalent), it's common knowledge. C271 (thin handle, lighter bat, good for bat speed), R161 (thick handle, longer sweet spot), C243 (bigger head, top heavy). Louisville basically wrote the book on distinguishing between models.”

Teddy played in the New York Mets organization in 2006 and 2007 before going amateur with Somerville in the Yawkey League in 2009. The Alibrandis have won 7 straight league titles. Teddy has hit .351 during this stretch.

“It wasn’t until my first extended spring training in the Mets farm system that I had free reign of the bat locker and got to play around with several different models, lengths, weights, etc. Everybody’s swing is different and you don't know what works for you until you have the bat in your hands and everything just clicks. I'll keep a few 33" bats in my car for when we face an arm with a little gas, or if my hands start to slow after a long stretch of games, but I’ve found that the added length and thicker barrel of a C243 is more conducive to solid contact for my ‘drop the hammer’ lefty swing.

The funny part is I have WAYYYYYY more money now as an amateur than when I was a pro. So I can afford better wood now than when it actually mattered.”

I asked Teddy on the importance of spending a few bucks on a quality bat, even for batting practice.

“Price definitely matters. Quality maple (Marucci or Old Hickory) costs more money, plain and simple. Try taking batting practice with a $29 wet newspaper from Dick’s Sporting Goods, then swing a pro-caliber rock maple that costs $140+ and you’ll not only feel the difference, but you’ll hear the difference too.”

Marc DesRoches, Boston Bombers, Boston Men’s Baseball League – “Feel is the initial test when choosing a wooden bat. When making the change from metal to wood, I chose the ‘thick everywhere’ Louisville R161 as it most reminded me of the metal bats I was used to.

When ordering bats in bulk, I’ll grab one that is not cupped, half cupped and full cupped, so I have a variety. Some days you feel strong and some days you don’t, so you want to have options. Guys that like ‘whip action’ in their swing will grab a non-R161 type of model. They choose something like a C243 where the handle is thin and all of the weight is in the barrel.

I like maple bats because they are a denser wood than ash and they last longer. In my opinion, boning an ash bat aggressively makes it stronger, so that is a way to buy more inexpensively and still make your bat long lasting.”

Marc helped lead the Bombers to a Boston MSBL title in 2015 and 2016, batting an impressive .464 this past season. 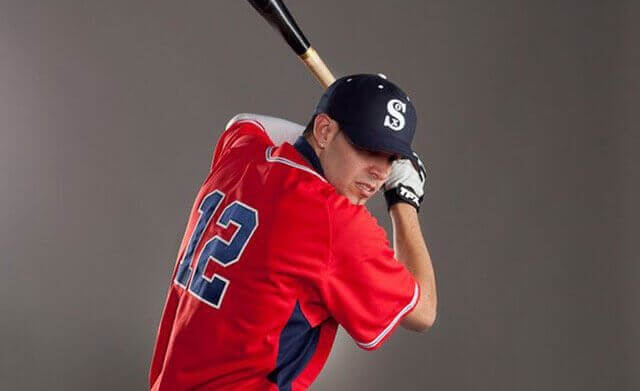 Tyler Kendrick, Lexington Blue Sox, Intercity Baseball League – “I agree with Marc. I always need to swing a bat before buying to find the right feel. That’s why I swing a Sam Bat KB1. I like a thinner handle with a fatter barrel. The way they feel is the only way to decide for me. You can't approach the plate unless you are 100% comfortable with the bat you bring with you. I love maple. It’s all I’ve ever had.”

“Bat color is also a small thing that has to be right. The bat is your best friend, so you want it looking good!”

Luckily for Tyler and Marc, JustBats allows you to try bats at no risk. As long as you don’t use the bats, you can return them. JustBats will even email you a free return label to send back the bats you don’t want at no charge. This ‘try before you buy’ option is somewhat unique for buying baseball bats online.

Thank you, Brett, for the guest blog post. What do you think? Are you in an amateur League that uses wood baseball bats?

Let us know by leaving a comment. In the meantime, if you have any baseball bat or softball bat questions, please give our Bat Experts a call at (866) 321-BATS (2287). We're available to help you from click to hit.

Filed Under: Wood Bats
You can compare a maximum of four items.
Please remove one item to add another.
Add up to 4 items to compare.
Compare (0 of 4) Show Comparison
ERRR