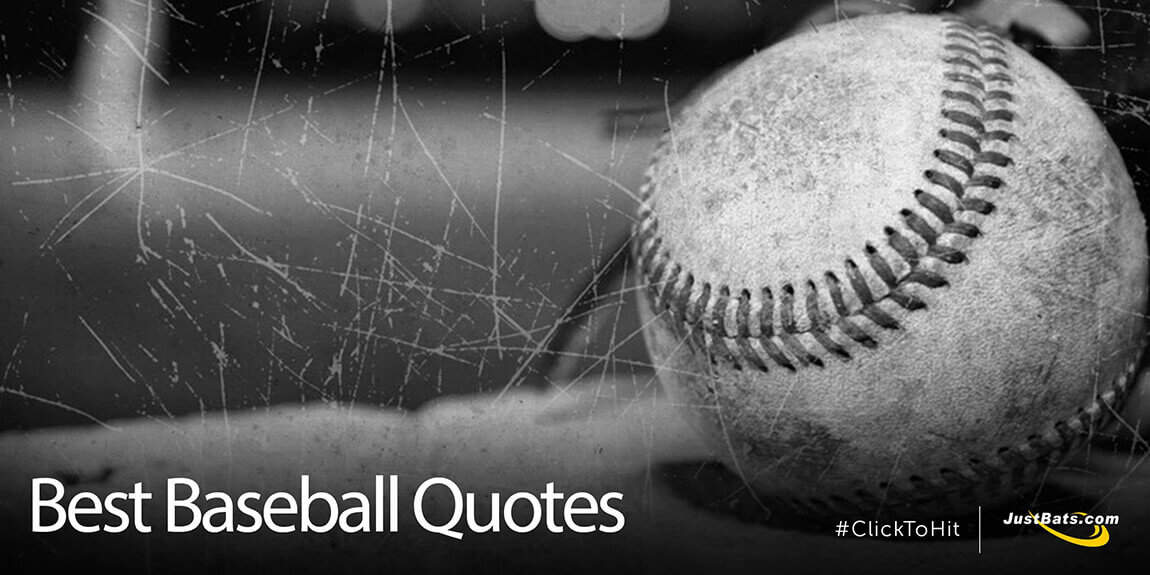 In baseball, there's nothing like a good motivational quote to get you going. If you're in need of some inspiration or would like to take a stroll down memory lane, this list of baseball quotes is just what you need. The team at JustBats.com has searched far and wide on the internet, read a handful of relevant books, and watched our fair share of baseball movies. In doing so, we've been able to compile our favorite quotes that pertain to America's pastime.

Since there is such an abundance of baseball quotes, we divided them up into categories. Player's quotes, coaches and manager's quotes, movie quotes, book quotes, and then at the bottom you'll find some bonus quotes to top it off. Keep an eye out to see if your favorite baseball quote made the list. Let's get started:

No player in the history of baseball had better quotes and one-liners than Lawrence "Yogi" Berra of the New York Yankees. He was known for his wit, sarcasm, and memorable words that will forever be enshrined into the minds of baseball lovers everywhere. But, there have been many famous quotes spoken by former and current MLB players. Here are our favorites: 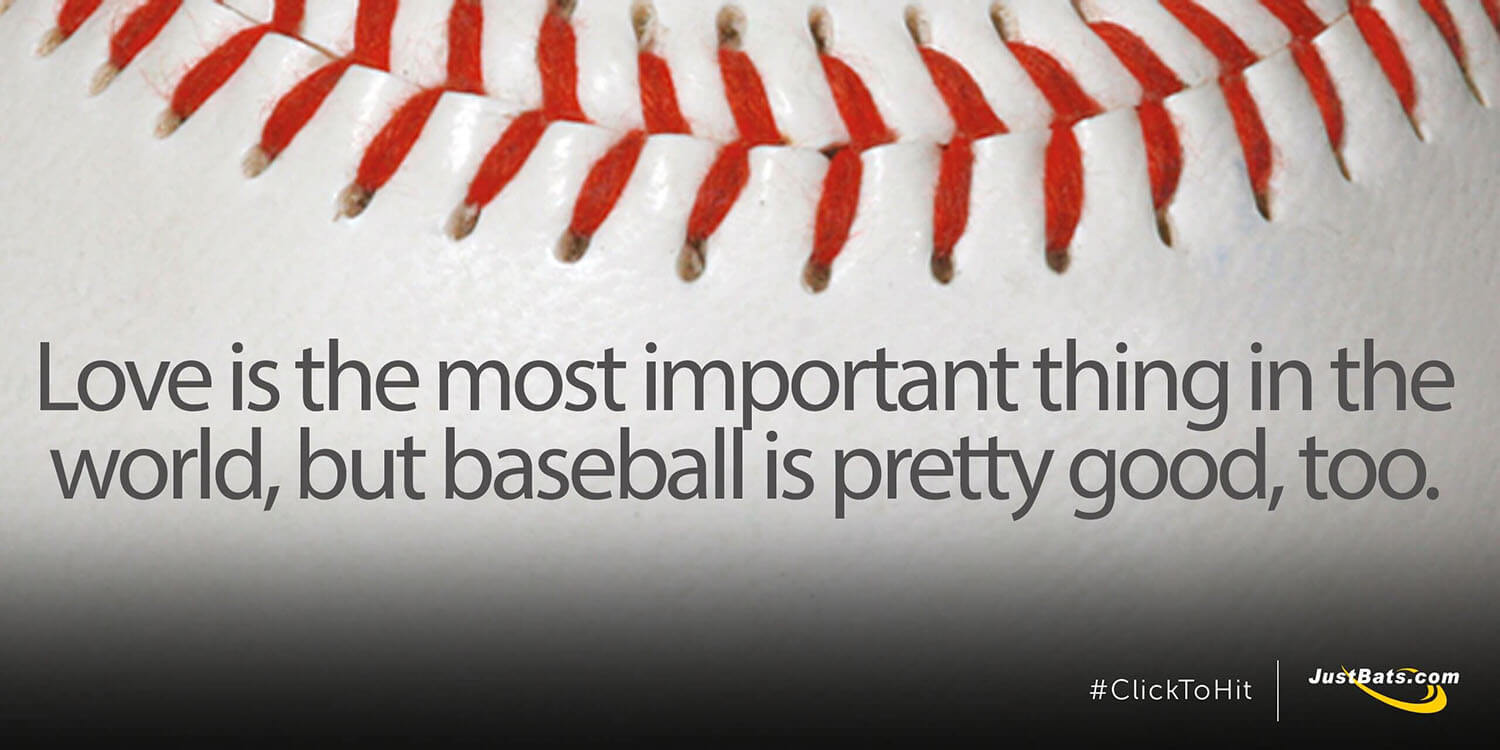 As a coach or a manager, it is your job to deliver pre-game speeches to motivate your team. In the big leagues, it is also your duty to face the media after every game and answer any question that may come your way. Because of this, you will have plenty of opportunities to deliver epic baseball quotes, whether it be to your team in the club house or to the media for the whole nation to hear. These are the best baseball quotes from managers and coaches that we were able to find:

While some baseball movies seem to strike out in the theaters, there have been some serious grand slams. After soliciting from our fans their favorite baseball movies and conducting unofficial polls, the JustBats.com team came up with a list of the 10 best baseball movies of all-time. In those movies are iconic quotes that every baseball fan should know. Here are a few:

As we said, the team at JustBats.com has read a handful of baseball books. In doing so, we've run across a large amount of some of the best baseball book quotes of all-time. Here are our favorites:

People from all walks of life enjoy baseball, and that's a fact. Everybody from musicians, to actors, and even politicians enjoy going to the ballpark and watching the wonder that is baseball. Some may not like America's pastime but you know what they say, there are those who love baseball and then there are those who are wrong. Here are some bonus baseball quotes that we wanted to share:

At JustBats.com, we love baseball quotes so much that our parent company, Pro Athlete, Incorporated, uses 12 quotes to go inline with our companies core values. So, what do you think? Did your favorite baseball quote make this list? If not, please leave a comment below so that we can add to this comprehensive list of baseball quotes.

If you have any baseball bat or softball bat related questions, our friendly Bat Experts are available. You can reach them via phone at 866-321-2287, email at experts@justbats.com, or you can click here to live chat. Don't forget, we'll be here for you from click to hit!