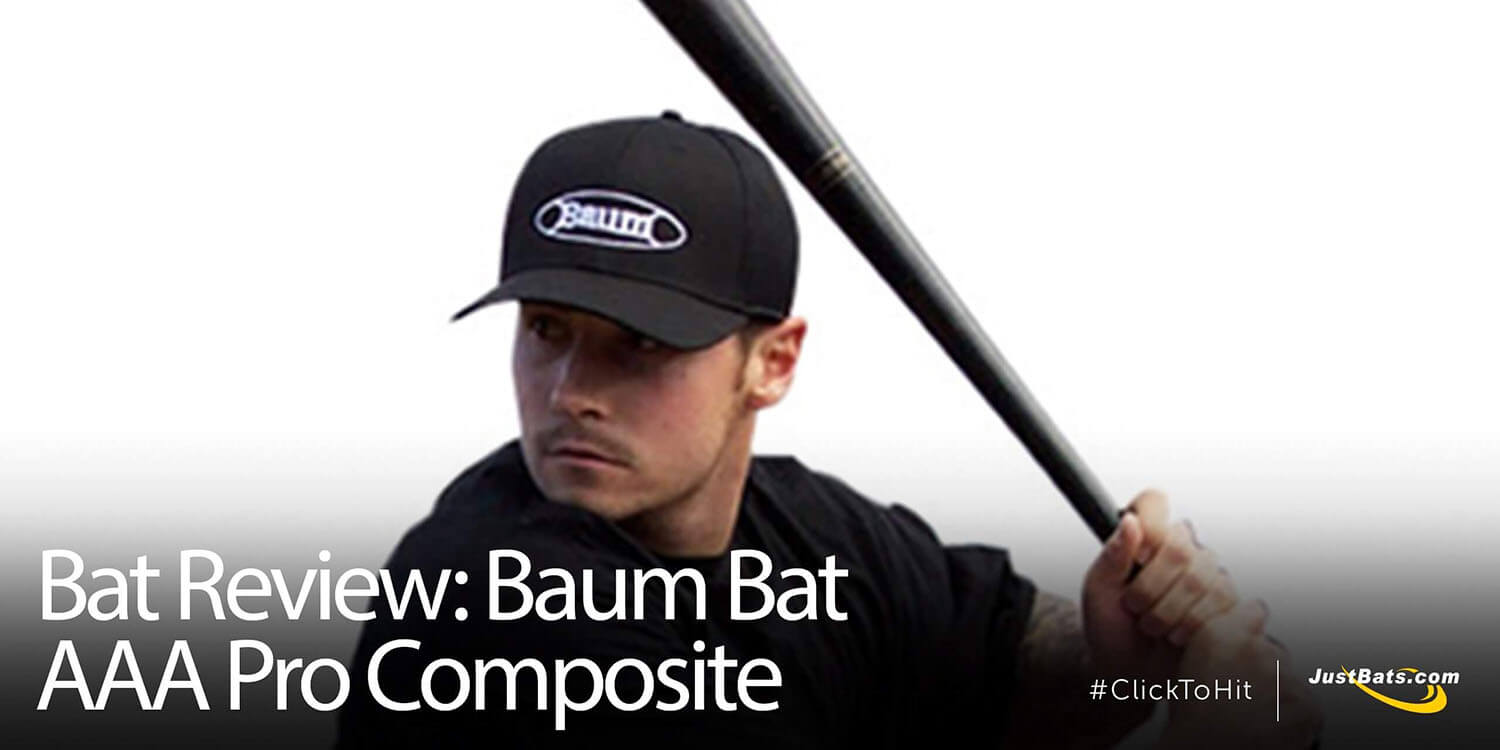 In the world of composite wood baseball bats, Baum Bats are in a league of their own. The reviews received at JustBats.com have been nothing short of spectacular, to say the least. As the highest rated composite wood bat, the AAA Pro model from Baum is light-years ahead of the competition.

Through years of intensive research and design, the engineers at Baum Bats created an absolute monster on the field that is as strong as you. Since 1993, Baum Bats has had an edge against the competition regarding durability and are considered the world's strongest. Have you ever wondered about the durability of advanced aerospace products? Swing the AAA Pro Baum Bat, and you'll soon find out.

To prove Baum Bat's claim of indestructibleness, JustBats.com put the bat through some rigorous tests.  Watch the video below to see if we were able to break it (disclaimer: please do not try this at home).

Keep in mind that if the Baum Bat were to break, it is backed by a full four (4) month manufacturer's warranty. So, if your Baum bat were to become defective within four months from your original purchase date, you would be able to send it back for a free warranty replacement. Some of the other immaculate features on this composite wood bat include:

Don't just take our word on the Baum Bat. Check out what these players, coaches, and teams had to say about the effectiveness of the AAA Baum Bat.

Pros:  "My teammates didn't like the small knob at first, but it quickly became the most popular bat we had. We averaged 1.4 homeruns per game since getting it. It repeatedly paid for itself. I have seven minor league players who love it and will be buying one for themselves for next year in Low A and Rookie ball."

Cons:  "It can be broken in the handle if a batter has weak hands, but Baum Bat will replace it as advertised. Amazing for a smaller company."

The Westchase Express Cougars are a highly competitive baseball organization with a goal to get high school players to the highest level. They have experienced nothing but success with the Baum Bat and their players plan on taking it with them as they progress in their career. 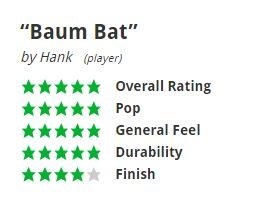 Pros: " Very durable, good pop, very balanced swing.... Recommend to anyone who is serious about baseball and needs a wood bat."
Cons: " The bat is very plain, but it performs which is much more important than the looks."
As Hank said, if you're serious about baseball and want to start swinging a composite wood bat, you need to consider the AAA Pro Baum Bat. You will not only be using one of the longest lasting wood bats in the game, but you will experience more pop at the plate and better control of your swing due to excellent weight distribution.

Pros: "The first time I swung this bat it felt great. 1st at bat hit a screaming line drive up the middle (almost took the pitcher's hat off!) and ever since then I made it a priority to own one for myself although it is expensive. It's a big plus that I don't have to worry about it breaking. Well Balanced - Great Pop - Durable

At the time of this review, JayLegit was right; there was only one design. But, Baum Bats has listened to their fans and expanded their lineup. Now that the AAA Pro is offered in a variety of different colors, such as their hot pink model, there is a Baum Bat for everybody.

What do you think? Have you dropped any bombs with a Baum Bat? Are you on Team Baum?
Leave a comment below telling us your thoughts on the Baum Bat. Or, if you have any wood baseball bat related questions, please feel free to give our friendly Customer Coaches a shout at (866) 321-2287. You can also shoot them an email at experts@justbats.com or click here to live chat. Remember, we're here for you from click to hit!
Filed Under: Bat Reviews Wood Bats
Chat Us
You can compare a maximum of four items.
Please remove one item to add another.
Add up to 4 items to compare.
Show Comparison
ERRR