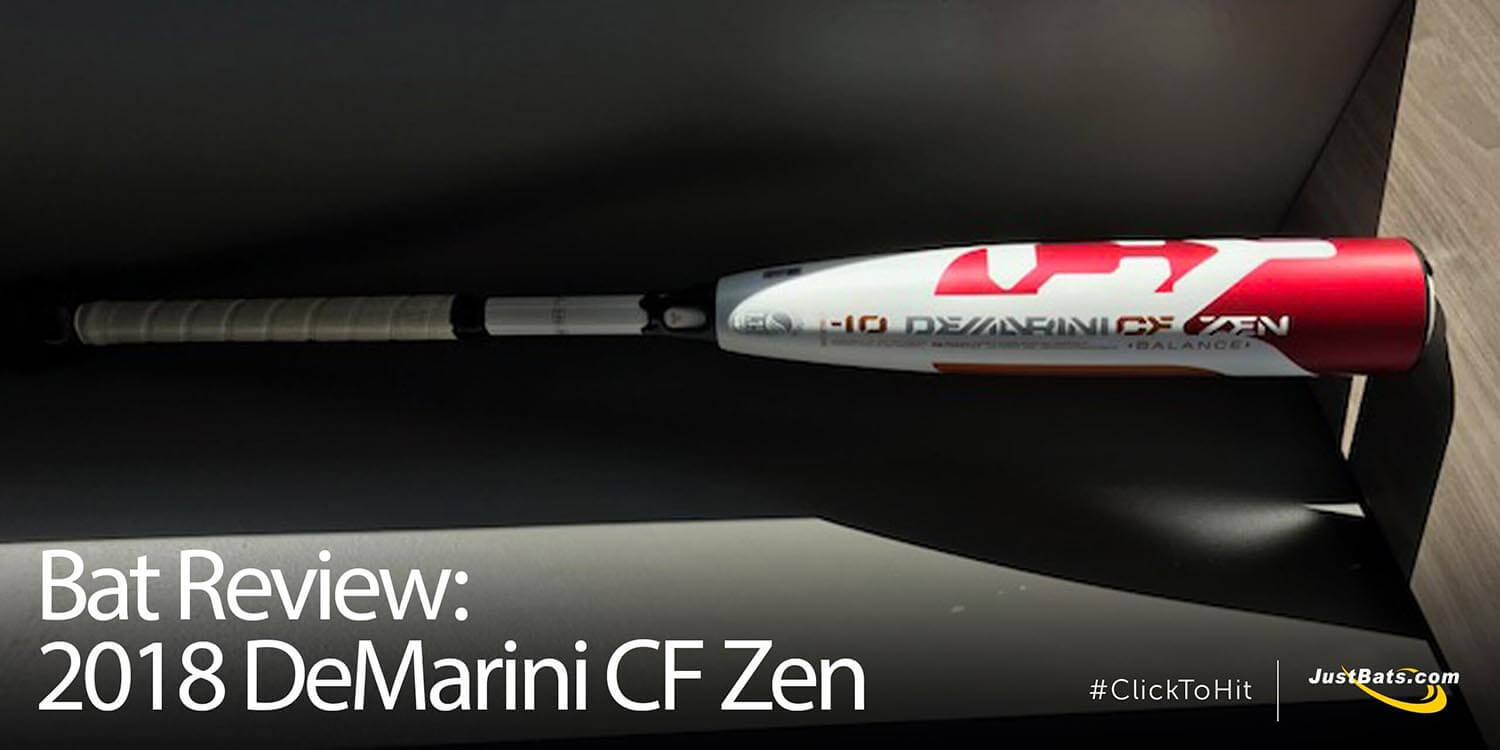 Zen
[zen] ( noun)
A total state of focus that incorporates a complete togetherness of body and mind.

CF Zen
[cee-ef-zen[ (noun)
A baseball bat built for all out grinders.

For the 2018 season, DeMarini has outdone themselves yet again. Their lightest and their most balanced composite bat is back, better than ever, and ready to dominate the diamond. JustBats.com details the CF Zen in this bat review.

After the 2017 DeMarini CF Zen was banned by the USSSA, many were hesitant to hold out for the 2018 model. But, for those that did are beyond pleased. With hot out of the wrapper performance, the insanely durable Paraflex composite construction, and a newly developed 3Fusion system, the DeMarini CF Zen has been a fan favorite with nothing but positive reviews. Check out what parents and coaches have to say about the drop 10 youth big barrel bat. 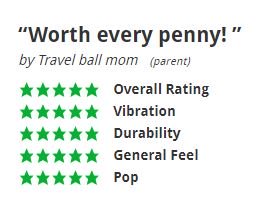 Pros: "After reviewing bats for days we bought the 29" 19oz for our 9 yr old son who wanted a bigger diameter barrel bat for his travel ball team. We are very happy with its durability and performance. It weighed in at 20 oz but not a big deal....he has no problems swinging it. He loves how it hits and so do all the other boys on his team. He has used it for about 20 games now and no issues with durability. Great sweet spot! We didn't have time to break it in before he used it but it was hot to start with and seems to be getting better every time he uses it. We are very pleased with this purchase!"

Cons: "All of the boys on his travel ball team want to use it, but I guess it will just help break it in faster." 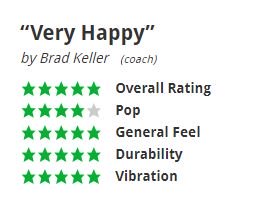 Pros: "The bat looks great and feels very balanced, nothing like the retooled 2017 Zen. We have now hit 700+ balls with no issues. The ball flies off the bat, very comparable to the original 2017 Zen. My son says there is no vibration, even when hit off the end. No issues with excessive weight. We also bought the 2018 Voodoo, and they both feel similar. Very happy with the purchase!"

Cons: "My son was not crazy about the white grip, so we put a red Lizard Skin on, really makes the bat look nice!"

As you can see, five stars are the norm when it comes to DeMarini CF Zen reviews. This is thanks in large part due to the innovation and technology that DeMarini has used to push the limits of bat performance. The main features of the DeMarini CF Zen include:

If the glowing reviews aren't enough to convince you, watch this DeMarini CF Zen and Easton Ghost X comparison that was submitted to our Gift Card Giveaway (start at around 0:30 and listen to that pop).

Are you a believer? Have you had the chance to swing the DeMarini CF Zen -10 senior league baseball bat yet? If you have, please leave your thoughts in the comments section below. Don't forget, if you have any baseball bat or softball bat related questions (or you just want to talk baseball), please give our customer coaches a call at 866-321-2287, shoot them an email at experts@justbats.com, or click here to live chat. Remember, with our customer service, we'll be here from click to hit!
Filed Under: Bat Reviews Youth Big Barrel Bats
Chat Us
You can compare a maximum of four items.
Please remove one item to add another.
Add up to 4 items to compare.
Show Comparison
ERRR