A Farewell To Five Of Our Favorite Players

With the Major League Baseball (MLB) season over, it's time to bid farewell to some of our favorite players. Each year, some of the game's top players decide to hang up their cleats and move on to their life after baseball. JustBats has compiled a list of some of our favorite players who retired from baseball and will be sorely missed on opening night of the 2017 season. We realize that more than five players retired from the Major Leagues after this historic season that ended curses, but we wanted to dwindle it down to the five most memorable, in our opinion.

The Yankees star for the past 13 years officially announced his retirement and played his last MLB game on Friday, August 12th, 2016. Fortunately, for the time being, baseball fans will continue to watch A-Rod as he is now a top TV analyst for FOX. He may not have played in the playoffs during the final season of his career, but he was there as an analyst. His baseball career spanned 22 seasons and, regardless of your personal feelings toward him, his statistics are overwhelmingly outstanding. With the Mariners, the Rangers, and the Yankees, A-Rod compiled just under 700 home runs (696, to be exact), 14 All-Star selections, three AL MVP Awards, 10 Silver Slugger Awards, and two Gold Gloves. His numbers make him a shoe-in for Cooperstown and, despite his polarizing legacy, Alex Rodriguez will be missed.

Back-to-back Yankees? Not because we are biased toward the Yankees, but because of the impact these two legends had on the game and the success they experienced throughout their respective careers. With an emotional retirement speech, Big Tex's career didn't end in the same manner as it started. At the age of 36, he was ready to move on to his life after baseball. One of the most consistent first baseman that the Major Leagues has ever seen, Teixeira was about as steady as they come (minus the wrist injury in 2013 and the knee injury in 2016). Over his 14 year career, Teixeira hit at least 20 home runs in 12 seasons. He repped the number 25 to the best of his ability. And let's not forget that he won the Dick Howser Trophy as College Baseball's Player of the Year back in 2000.

To be precise, Prince Fielder didn't technically retire. He was hit with a devastating injury that labeled him "medically disabled" and no team doctor would clear him to play. With two spinal fusion surgeries over a span of three years, Fielder was forced to tearfully announce he can no longer physically play America's Pastime back in August of 2016. An emotional speech solidified the final chapter of his baseball career. Fielder enjoyed 12 exceptional seasons where he finished with a .283 average, 319 homeruns, and over 1,000 RBIs. The Brewers, the Tigers, and the Rangers all had the pleasure of watching this slugger at work where he earned countless MVP votes, six All-Star appearances, and three Silver Slugger Awards. JustBats wishes Prince Fielder nothing but the best as he fully recovers from his injury.

Big Papi. There is so much to say about this illustrious player and the career that he had. Ortiz announced on his 40th birthday that he would officially retire after the 2016 campaign. The Red Sox hosted an hour long ceremony prior to Ortiz's final game at Fenway Park, where they announced they will retire his legendary number 34. Sam Kennedy, president of the Boston Red Sox, said, "Thank you, David Ortiz, you are the most important, and most beloved player in the history of our franchise." That is high praise coming from the president of one of the most prestigious ball clubs in the history of the MLB. 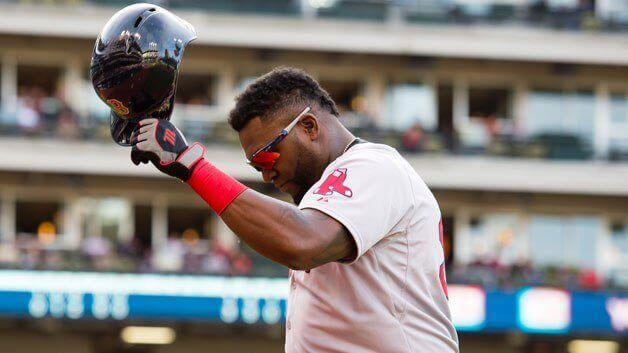 With a career .286 average, 541 home runs, and 1,768 RBIs, Ortiz's numbers speak for themselves. But, Big Papi's legacy extends beyond the statistics and big playoff moments. Ortiz took part in many charitable organizations including his own, the "David Ortiz Children's Fun," which is commited to helping children in the New England area and Dominican Republic (where he grew up) who do not have access to the critical pediatric services they need and deserve. David Ortiz is a legend both on and off the field and here's hoping he sticks around the game.

Also known as “Grandpa Ross,” David Ross went out with a bang. He set an MLB record for the oldest player to hit a homerun during the World Series Game 7 (by a whopping three whole days) and then went on to win his first World Series ring. It doesn’t get much better than that. The fans love Rossy (as they call him) because he not only had an exceptional career on the field but he was one of the nicest guys off the field as well, according to his many teammates. His career started in 2002 with the LA Dodgers and then he went on to play for eight different teams throughout a span of 14 years. Ross may have never earned an All-Star appearance, he may never have won any MVP awards, but he finished out on top and for that we salute him.

Which player(s) were you sad to see retire from MLB? Who do you think has had the biggest impact on the game of baseball? Please leave a comment below highlighting your favorite retiree and tell us why they are missed from America's pastime. Or, if you have any baseball bat or softball bat related questions, please give our friendly Bat Experts a call at any time of the day at 866-321-BATS (2287). Remember, we're here for you from click to hit!