9 Reasons Baseball Is Better Than Football 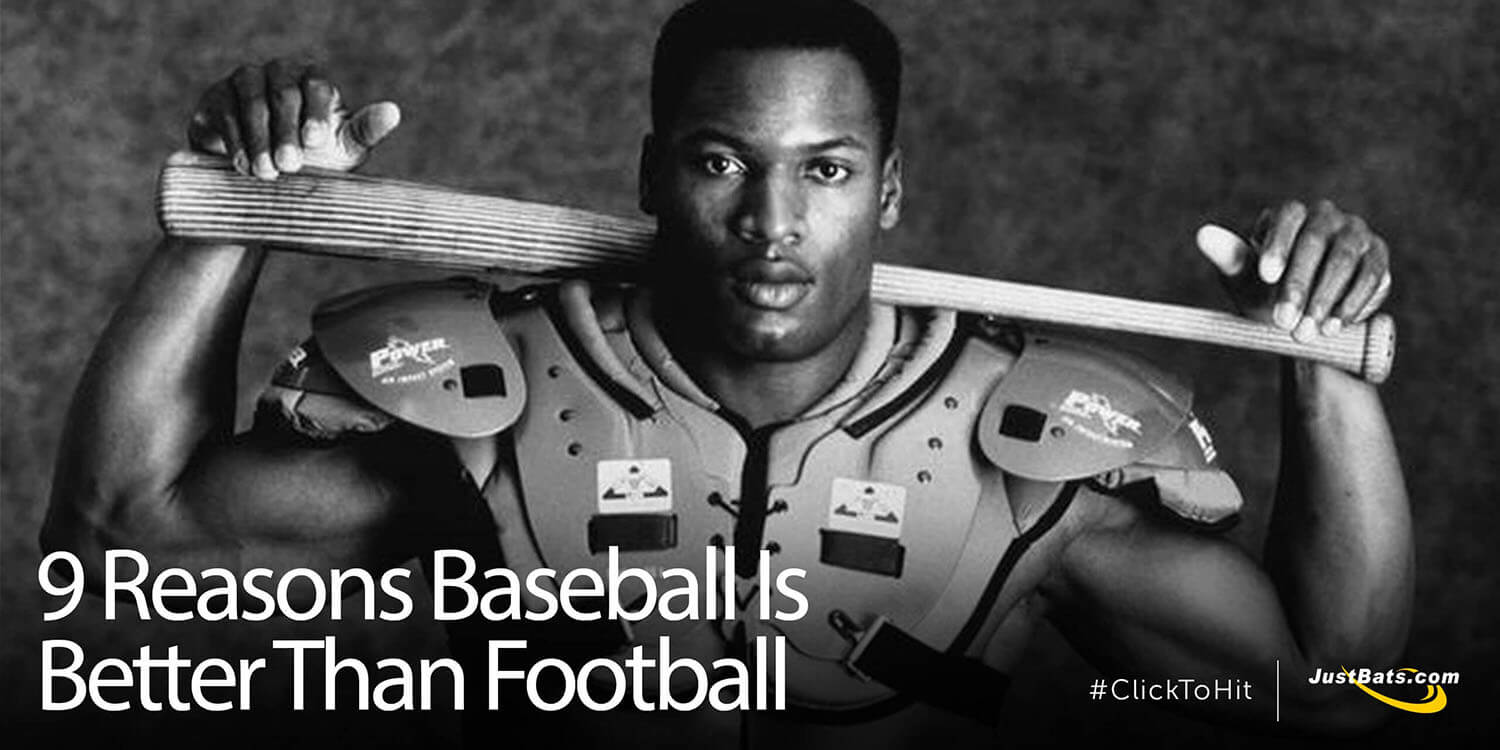 According to a recent Harris Poll, football is considered the most popular sport in America. Meanwhile, baseball's popularity has steadily lost ground to football nearly every year. JustBats is biased toward baseball and softball, so the trend of football surpassing America's pastime as a favorite sport is disappointing.

Baseball, the sport some believe is only relevant to grandparents, is better than football. Here are nine reasons why:

Time is precious. Despite public perception, the average MLB game is around 3 hours, whereas the average NFL game lasts 3 hours and 12 minutes. Part of the reason football games last longer is because the clock stops after nearly every play. Additionally, quarter changes, halftime, and a lot of non-action items slow the average football game. Baseball, however, doesn't have a constant clock that stops and starts. Worry about clocks, timers, and life at work and football games; baseball's only concern is continuous action.

Oh, you want to play football? Hope you received that D-1 college scholarship. Only one NFL Hall of Famer didn't go to college (Bob Hayes) and all 253 players in the 2016 NFL draft went to a university, whereas 16 of last year's first round MLB Draft picks didn't attend college. To play professional football, you need to attend college or hope a scout finds you in the Arena League or Canadian Football League. After high school, baseball offers a number of different avenues to the professional levels, including college, independent leagues, semi-pro, Dominican leagues, as well as a number of international leagues.

Football doesn't, technically, have a minor league system. Baseball has multiple minor league levels along with the other aforementioned avenues for a player to continue pursuing their dream. 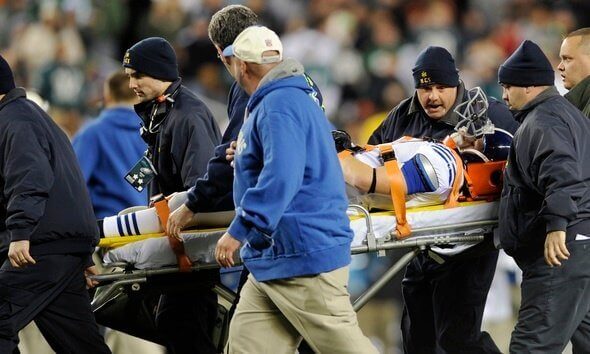 You've heard a lot about ulnar collateral ligament (UCL) injuries--or, at least the surgery that repairs the UCL (Tommy John surgery); but this injury now has a nine to 18 month recovery time and most players are able to play baseball again after surgery. Meanwhile, the most serious injury in football is chronic traumatic encephalopathy (CTE), which is a progressive degenerative disease that results from taking repeated blows to the head. Most players don't recover from CTE, as it results in a lifetime of severe brain issues. Basically, baseball injuries often affect the player's arm and are recoverable; football injuries can impact the long-term health and well-being of a player.

Football players can make an immediate impact on the field after leaving college. For example, Mike Ditka had a 1,000 yards receiving in his 1961 rookie year, Randy Moss caught 17 touchdowns at 21 years old, and Ezekiel Elliott rushed for 1,631 yards in 2016. Baseball players have to put in a lot of time before making the professional leagues, much less making an impact. Case in point, Hall of Famer Derek Jeter played 463 minor league games before reaching the Majors. In fact, outside of Bob Feller and Dave Winfield, there aren't a lot of examples of players going directly from school to the MLB Show.

It's not enough to just have talent in baseball. The journey takes longer and is more difficult. Doesn't that make it more fun to cheer for a baseball player over a football player?

Do you know how often football teams play? Once per week. Sure, football is demanding, but baseball teams play nearly every single day during the season. High school baseball players play 25-30 games per season, minor league affiliates play around 140 games per year, and MLB teams play 162 games (not counting Spring Training or postseason). From March through November, you can find a baseball game being played on television. Football? A Super Bowl team plays a maximum of 20 games in a season, college teams and high school teams play less than that. Whether you play or are just watching, baseball has more games, more opportunities, and more times to be great.

Offensive linemen dating models, punters making newspaper front pages, and fullbacks getting followed by the paparazzi. Yep, that doesn't happen. In football, only a few get the glory and spoils that come with it--most notably, quarterbacks, running backs, and wide receivers. In baseball, the last man on the bench could be that day's hero, including the utility infielder hitting a walk-off or a relief pitcher recording the big out. Football takes a team to win and so does baseball, but baseball is better because every single player on the roster has a chance to make the headlines and grab the glory. 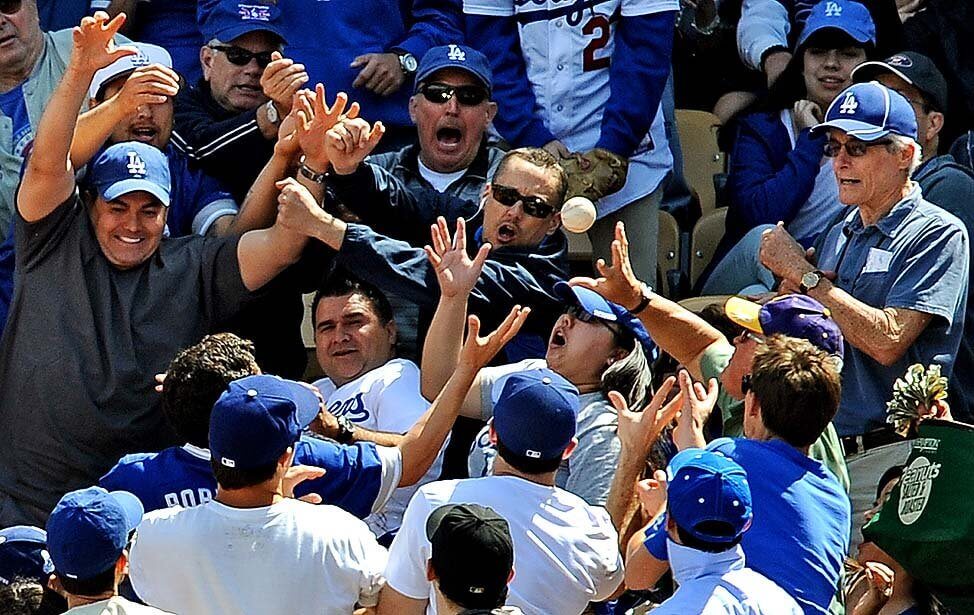 Football is primarily played in cold weather or "football weather". Baseball is the sport of Spring and Summer. You may define fun differently, but soaking in the sun's rays with a cold drink and hearing the sounds of baseball is more fun than freezing. Additionally, you could catch a foul ball at a baseball game. Good luck doing that at a football game.

With all due respect to a handful of high school athletes, football players don't play offense AND defense on a regular basis. In football, you're either part of the offense or part of the defense. In baseball, nearly every player must hit and field their position, so you're able to see your favorite player swing a baseball bat AND catch flyballs with their glove. Moreover, how often does an O-lineman take snaps as the quarterback? In baseball, players are often versatile and able to play multiple positions on the ballfield. Still think any athlete can play baseball? Ask Michael Jordan about his thoughts.

Baseball dates back to 1839 and the sport got our nation through two World Wars and the Great Depression. Babe Ruth calling his shot, Jackie Robinson breaking the color barrier, Kirk Gibson, Joe Carter, Carlton Fisk, Ripken. These are moments and players that we not only remember, but they're woven into America's fabric. To quote Terrance Mann from Field of Dreams, "The one constant through all the years has been baseball." Sure, football has history, but baseball has a history and a legacy.

What do you think? Is baseball better than football? Why?

If you have any baseball bats or softball bat related questions, give our friendly Bat Experts a call at 866-321-BATS (2287). They are available via phone, email ( experts@justbats.com), or live chat. Whether baseball, football, or another sport is your favorite, we're with you from click to hit!

Filed Under: MLB
You can compare a maximum of four items.
Please remove one item to add another.
Add up to 4 items to compare.
Compare (0 of 4) Show Comparison
ERRR