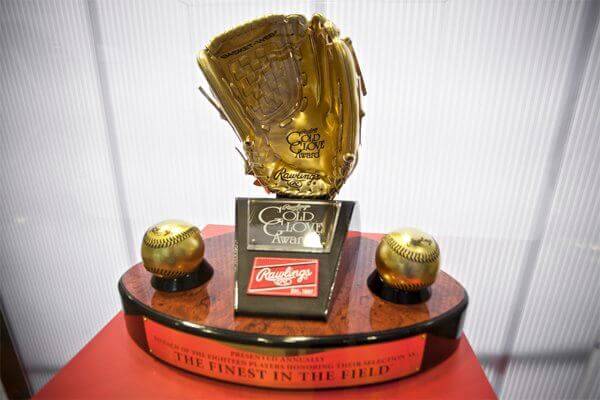 Baseball season is over, but the awards are just beginning! Last night the Rawlings Gold Glove awards were announced. These awards are given out annually to those who respectfully displayed the best fielding performances throughout the season. A winner is chosen in each position from both the American League and the National League. There were some eyebrow raisers and some that were no surprise. Among the winners are nine first time Rawlings Gold Glove Winners. Check out the winners below (and some of their glove choices!)

AL First Base – Adrian Gonzalez, Boston Red Sox (Yankees fans may be crying foul play since Mark Teixeira was ousted by Gonzalez but regardless, both are deserving.) – Three Golden Gloves